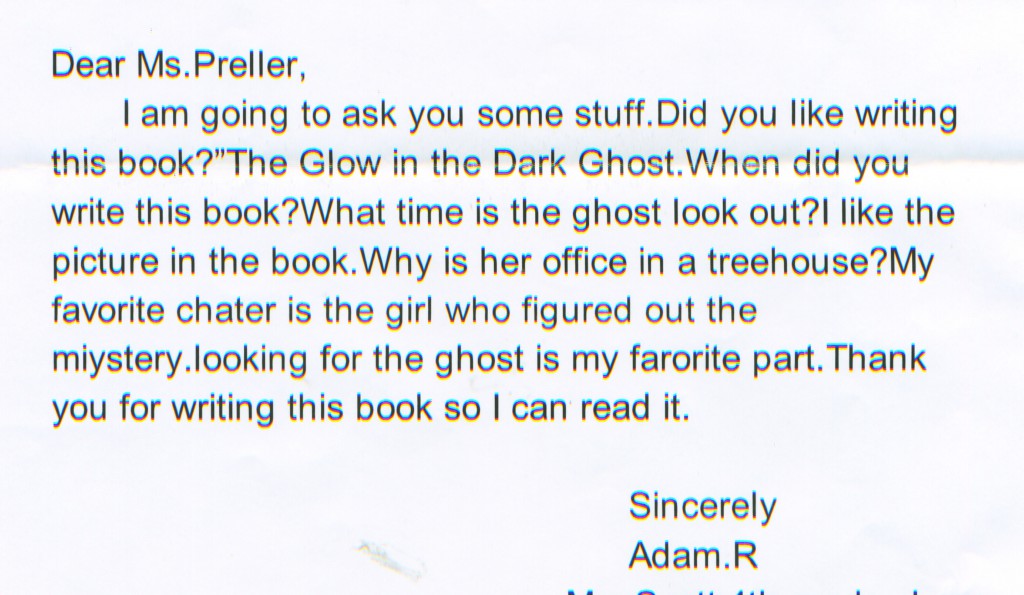 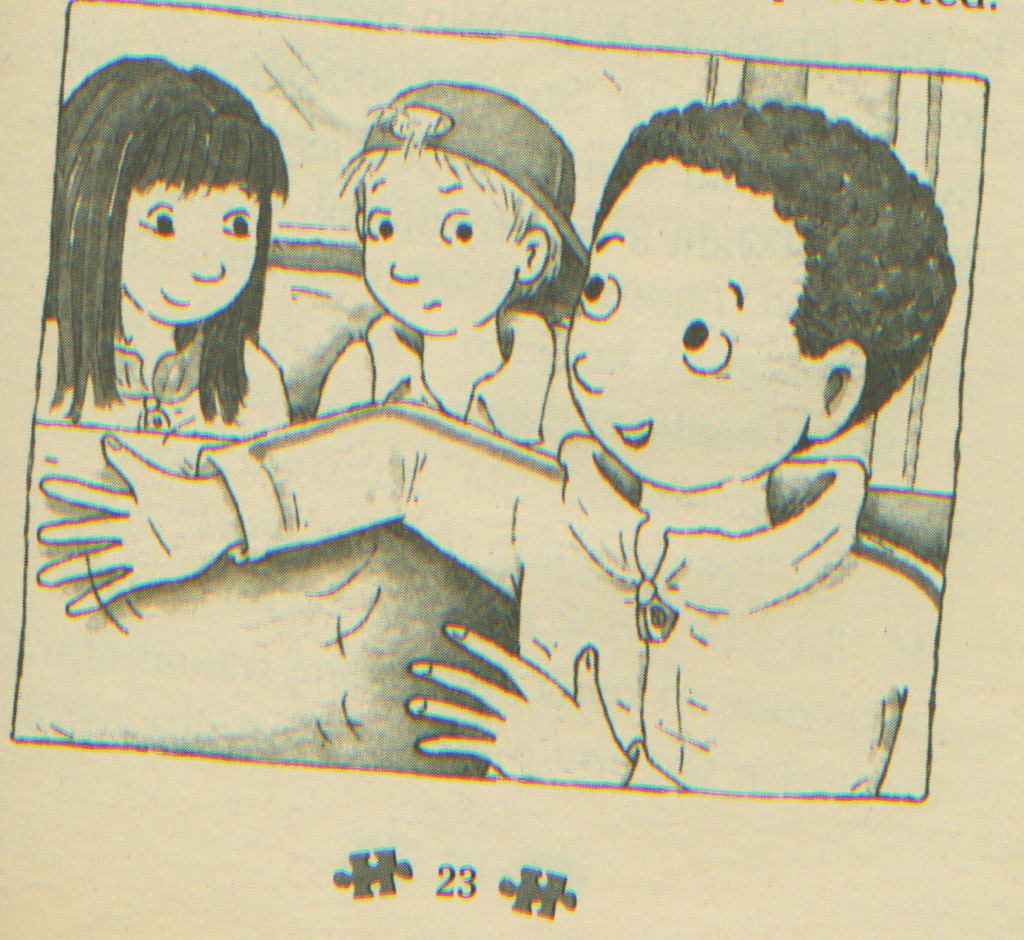 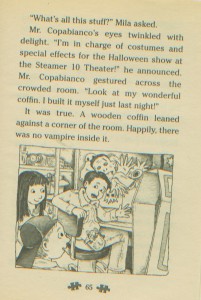 To mix things up, I thought I’d run a “Fan Mail Wednesday” piece on an actual Wednesday. I think it’s good to keep readers off-balance. So, here’s a good one. I only wish I could share with you the name of the letter writer, it’s just one of those perfect names that authors like me love to steal. 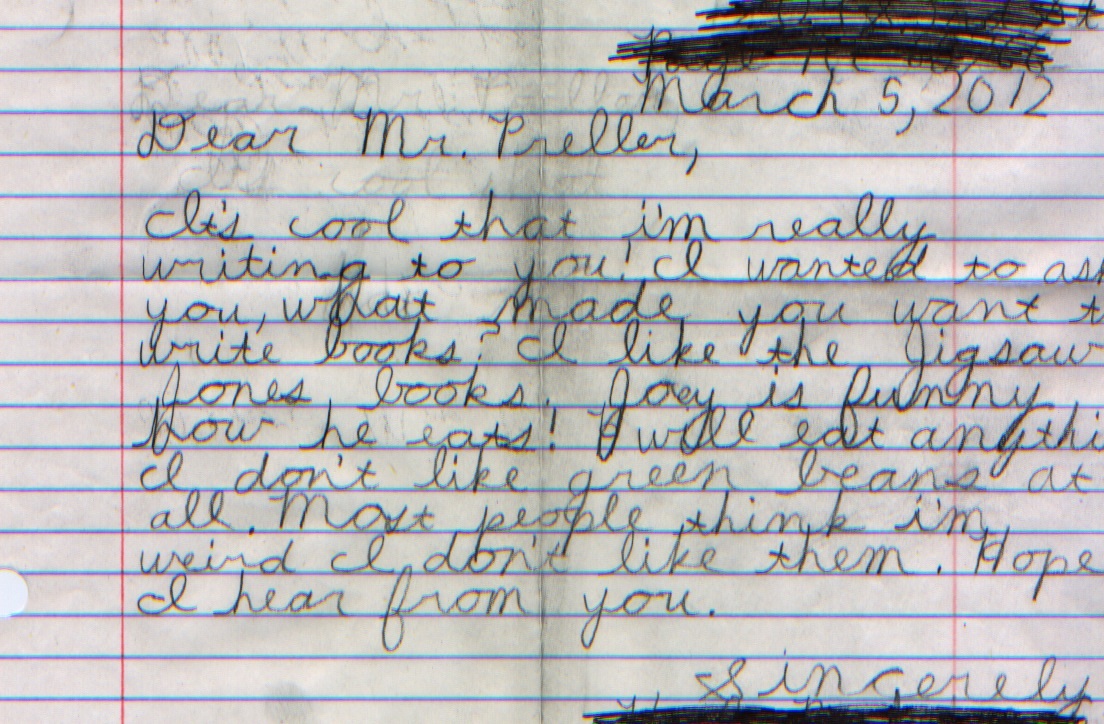 Thanks for your wonderful letter, I really enjoyed it. I don’t hear from many students who write in cursive –- I thought it had gone the way of the dinosaurs. These days I sign my books in print, because I assume that most kids can’t even read cursive.

Smart that you picked up on Joey’s eating. There are many characters in the Jigsaw Jones series, 40 books, 250,000 words. I try to make each character complete – an individual. I do that by trying to give each one a few distinct traits. Joey is a little goofy, sweet-natured, and he often takes things too literally, like Amelia Bedelia (as when, in The Case of the Rainy Day Mystery, Jigsaw tells him to “put a tail on Bigs Maloney”). But the real key to Joey is his enthusiasm for food. He eats fast, and usually has a crumbled Oreo in his back pocket. 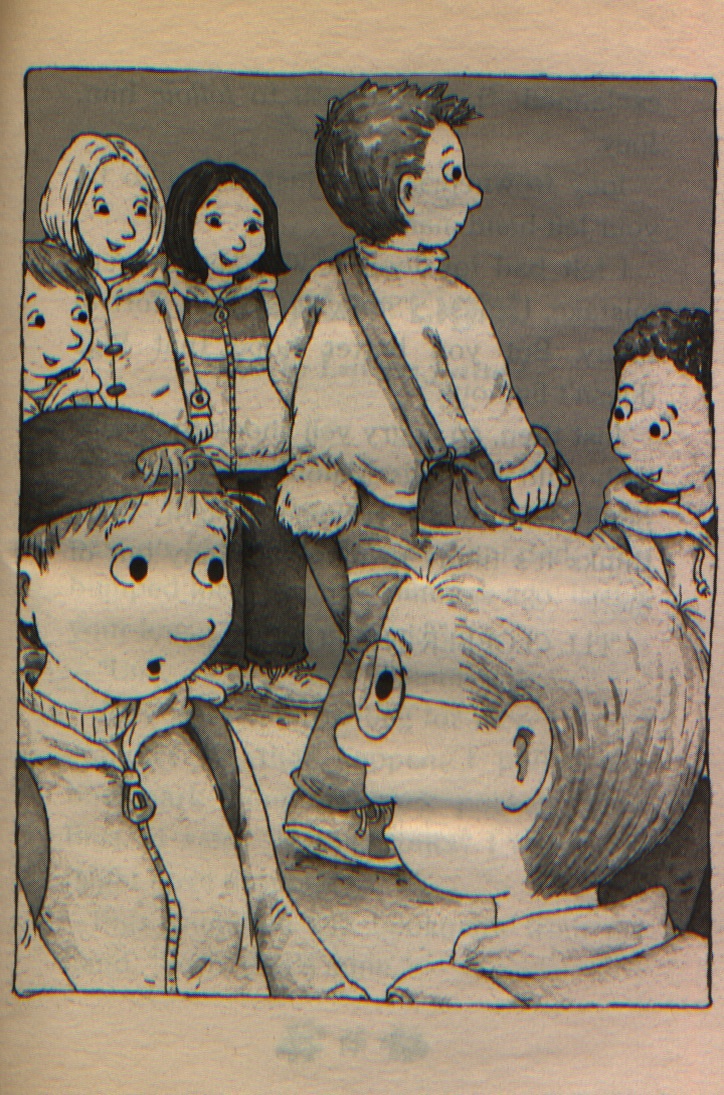 Art by Jamie Smith from The Case of the Rainy Day Mystery. Sadly, it looks like Scholastic has let this most excellent book go out of print. I dream of  getting the rights back for these neglected books, and republishing them myself. I know I could sell ’em.

So, hmmm, some people think you are weird. Maybe you are a different, I don’t know. But there’s nothing wrong with that. I’m often bored when I meet super-normal people, you know what I mean? I think it’s our quirks and oddities that make us interesting. And believe me, everyone has a little bit of weirdness inside. We’re human beans, after all; it’s our differences that make the world go round.

Anyway, as we travel through life, we eventually find and attract the right kinds of friends –- the people who like us for who we are. If someone thinks you are weird . . . so what. You don’t have to “not like them,” but I do recommend not paying much attention to that kind of thinking.

Be yourself, H_____. Thanks for your kind, well-written letter. You made me happy, and I think you’re terrific. My best,