You can read that review in full by clicking here. My favorite part of the review:

Ha! Actually, Bill created a photo mosaic inspired by the book and I thought it was a very clever, creative response to a book with some real pedagogic potential. In the comments section, Bill explained how he did it, so I thought I’d share that with my Nation of Readers (see below). 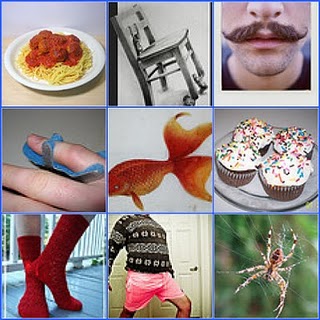 Yes, that sums up my book quite nicely. War and Peace it is not. According to Bill:

“I use Flickr to collect the pictures and use BigHugeLabs to create the mosaic. It’s really very simple and fun. I haven’t tried it with my students because I’m still looking for good picture collections that are accessible to my students.”

Bill is an old school guy, meaning that he’s hopelessly stuck on books, but by dint of effort he’s forced himself, admirably, to keep apace of technology. While I personally remain averse to Twitter (Bill just took the plunge into the Twitterverse — Ashton Kutcher, watch your back!), I do think he hit on something with this mosaic concept. Bill’s been happily making a few based on some of his favorite books (Savvy, Make Way for Ducklings, and more). Check out this post, “Some Tech Stuff for the Summer,” for the glorious details, cool images, and happy links.

There are a million ways to create a well-rounded character, and all of them crystallize with concrete details. Today I’d like to share one small example.

I was reading an interview with a young actress, Elisabeth Moss, and a couple of times she described things as “super-[fill in the blank]!” 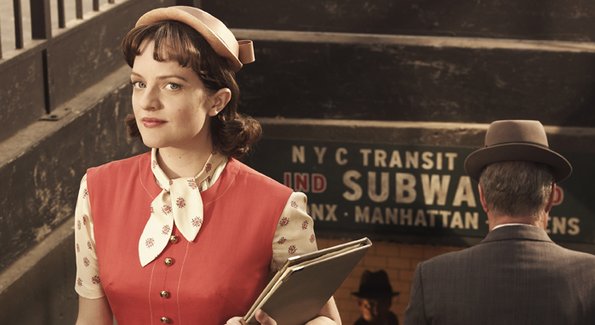 That appealed to me as a writer, for a number of reasons. It’s a youthful, energetic, and distinctive way of speaking. I immediately imagined a female character who uses that phrasing in her dialogue. Since I’m currently revising a book, I’ll look at giving that vocabulary to a character (and only one character). I may discover that it works,  or find that it’s unnecessary or even excessive. We never wish to gild the lily. In which case I’ll file it away — read: hope to remember it — for another day.

The point is, I do seek out particular phrases or speech patterns for different characters. Charlie Brown says, “Good grief.” Jigsaw Jones says, “Oh brother,” “Go figure,” and “Yeesh.” Another character might say “like” a lot or utter something like, “Am I right or am I wrong?” As a writer, you try to find those singular ways of speaking, anything to help individualize a character. Then you look at clothes, or mannerisms — the way Mila Yeh pulls on her long black hair, or another character scratches behind his knees — and those specific details build character.

So thank you, Elisabeth Moss. You were super-helpful! 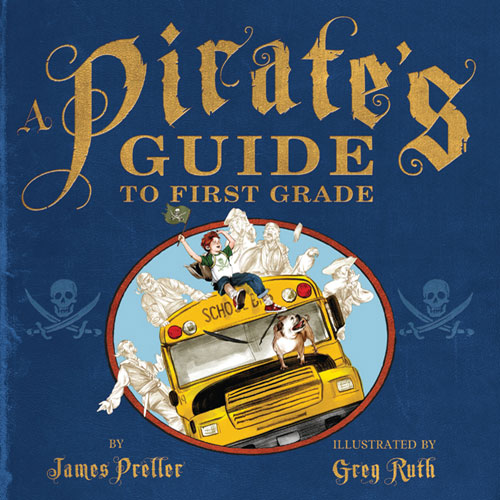 Another Starred Review for “A Pirate’s Guide”

This makes me happy. A Pirate’s Guide to First Grade earned a second starred review, this time from Publishers Weekly . . . 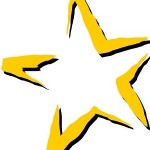 “This rambunctious first day tale is fit for any young buccaneer. Leading an imaginary crew who are drawn in pale pencil, the red-haired protagonist shines his “snappers” (brushes his teeth), breakfasts on grub and grog, and boards the “great, grand jolly boat” (also known as the school bus), journeying to meet his teacher: “Silver was her name, and a fine old salt was she!” The pirates are ever-present companions, sharing in the ups and downs of the day (“We counted and spelled ’till we nearly dropped, brain-addled and weary”). Preller’s buoyant pirate-inflected storytelling and Ruth’s illustrations, which have a decidedly vintage flair, form an exuberant tribute to imagination and a spirit of adventure.”

Does anyone read Acknowledgments? I mean, I know that some folks do, but I doubt there are many young readers among that number. We knew that the Acknowledgments section was a useless body part, a pretentious sixth digit, folderol to skip past, along with Forwards and Prefaces and Introductions and (the aptly named) Appendixes. The story was elsewhere and that’s all we wanted, thank you very much.

In any event, an alert acknowledgment-reader might note that I mentioned Jack Rightmyer’s mustache as a source of inspiration for my new middle-grade book, Justin Fisher Declares War!, due for release August 1, 2010.

Here is the mustache in question, attached to the face of a young, first-year teacher who is desperately trying to look all growed up. Definitely a Groucho Marx thing going on here, as if it were smeared on with greasepaint. 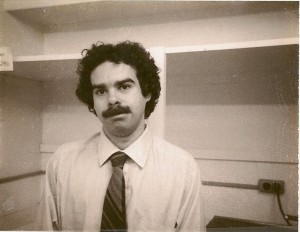 Pretty inspiring, don’t you think? I interviewed Jack back in January 2009, because I had read and enjoyed his book, A Funny Thing About Teaching. You can find that interview in full by clicking here. During our conversation, Jack recalled his experiences as a first-year teacher, fresh out of college. This snippet comes from that discussion:

Tell me about that advice you got in the teacher’s lounge, “Don’t smile until Christmas.”

I think a lot of the veteran teachers saw me as this young twenty-two-year old kid who was going to get chewed up and spit out by the high school classes. I actually grew a mustache the summer before I began teaching so I could look a bit older.

Oh, that’s hysterical. Nobody would dare mess with The Mustache! Was it one of those baseball mustaches, you know, nine hairs on each side? Or were you like some studly Keith Hernandez?

Good God, Jack! I just fell off my chair! Warn me next time you do that. That photo is so great, it should have its own website. Anyway, you were saying about the advice other teachers gave you . . .

These teachers cared about me. They wanted me to get off to a good start, and they felt I needed to come down hard on the students. Before my first class, some of these teachers got me so worked up I felt like I was going in as a prison guard and not as an English teacher.

At the time of that interview, I was in the beginning stages of writing Justin Fisher. Early on, I knew the book would turn on a contentious relationship between a teacher and fifth-grade student. At first, the teacher was classically bad — and pretty one-dimensional. It wasn’t working. My conversation with Jack helped me see that teacher in a sympathetic light, humanized him for me. The teacher, Mr. Tripp, was struggling just as much as Justin, both unhappy, both trying to be something they weren’t.

By mid-October, the mustache was fully formed, brown bristled, thick as a push broom.

“Why’d you grow it?” Justin persisted.

The teacher’s forehead wrinkled and his brows lowered. He returned his attention to the map on the wall. “As I was saying,” he continued with his back to the class, “an isthmus is a narrow strip of land connecting two larger pieces of land . . . .”

Teachers had no idea how uncomfortable it was to sit in those hard wooden chairs. It was impossible to sit up straight all day long — but that was exactly what Mr. Tripp expected. Sit down and be still. How could anyone survive fifth grade without going a little crazy?

Justin’s solution: to tip his chair as far back as possible. He’d lean it on two legs, lift his hands off the desk, balance there for as long as he could, then catch himself at the last second. It was a habit that inspired Mr. Tripp to create The Justin Fisher Rule: All four chair legs on the floor at all times! After that, Justin had to pick his spots.

The problem with Justin’s daredevil game was that when he pushed it too far, the chair crashed to the floor.

Hey, it was usually good for a laugh. 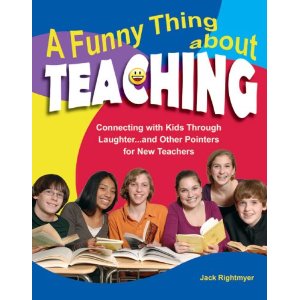 Addressing the daily challenges that new teachers face in front of a class, this humorous, personal account shares the lessons learned from one mans lengthy teaching career. Imparting practical advice in an engaging manner, these truthful tales transport readers through a wide array of settings—urban and suburban schools, from sixth grade through college. Future educators will discover methods for using levity to build trust with their students and learn how to detect and avoid common pitfalls in the classroom. Offering advice on discipline, testing, bullying, and coaching, this memoir provides a fresh perspective on maintaining control of the class, while sharing the importance of using humor as a way to brush off the minor stresses of the job.