Baseball Comes Round Again: Recalling “Six Innings” and How Cancer Came Into Our Lives

I sometimes tell this story on school visits, if I am in the right mood and have the right group before me. My oldest son, Nick, is a two-time cancer survivor. First diagnosed at age two. It was a hard time. The nurses at the pediatric oncology unit at Albany Medical Center would say to me — and let me tell you, those are truly inspiring human beings who will always have a special place in my heart — “You are an author, you should write about this.” At the time, I couldn’t conceive of it, happy to just navigate the parking garage without getting into an accident. Mentally, just gone. Nick recovered, only to relapse again in 4th grade. All he wanted to do was run with the pack, play travel soccer, be a kid. I watched him face it all with strength and courage; and let us remember, there is no courage without fear leading the way, linked hand in hand. I watched Nick’s friendships, the way certain boys rallied around him. And to this day I can’t think about any of it without tears streaming down my face. 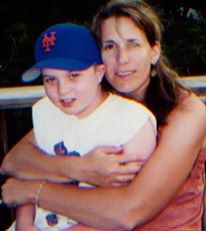 Nick with Lisa holding him tight.

Around that time I started writing a book called Six Innings. A book about a Little League baseball game, and moreso, about the kids who played it. A lot of characters to dream up. As a useful storytelling device, and as a faithful recording of how things worked at my local Little League, I wanted there to be a kid announcing the game. “Now batting, Cleon Jones,” that kind of thing. And I vividly remember sitting in my chair, staring at the computer, when the thought came: What’s this kid’s story? And it hit me, Oh, he’s sick. He’s very sick. And so I gave that kid cancer.

Six Innings is a baseball book, full of plays and on-field drama. But it is also about those kids, their lives and hopes and conflicts. I mean, there’s a lot of baseball in this book, so it’s not for everyone. Below I’ll share one scene that comes directly from our experience. When Nick relapsed, and we had to go through it all over again, our doctor came to our house for a family meeting. We sat together in the living room, stunned and serious and scared. She laid it all out before us, Nick included. While many details were altered, Nick’s response was the exact response I gave to the character, Sam, in the book, almost word for word.

Six Innings was named an ALA Notable, and I’m proud of that. And it’s still in print, and I’m grateful for that. And Nick is strong and healthy and living in NYC, and goodness, I don’t even have words for it.

Here’s a scene from Six Innings. Thank you for reading:

And now they gave it a name. Sam had osteosarcoma. Or, well, osteosarcoma had him. The two words — Sam and osteosarcoma — were joined now, entangled, entwined, forever linked. Buried inside the big word, he discovered the letters to his own name, s-a-m. It was there all along. 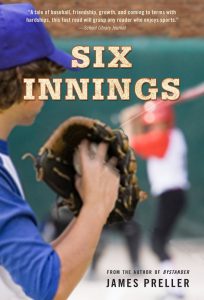 Doctor Shrivastava looked from one to the other: Sam, his father, his mother. Mostly though, and to her great credit, the raven-haired doctor with milk chocolate skin spoke directly to Sam, kept meeting his eyes, looking at him with sharp-eyed clarity and infinite kindness. She was nice. There was goodness in her. Sam felt it.

So. That was that. But what did it mean? It was as if doctors spoke only secret words no one could understand: biopsy, retinoblastoma, metastasize, limb salvage, and chemotherapy. Somehow all those words were stuck into Sam like darts, but they didn’t seem real. All Sam really knew, judging from the way his mother kept chewing on her lower lip, the way his father reached for Sam’s hand and squeezed, was this: Not good.

Sam’s mother kept scribbling on the legal pad, flipping pages, writing furiously. In Sam’s family, she was in charge of facts. For reasons no one could explain, Sam had contracted the most common type of bone cancer. It usually appeared in teen boys, often during growth spurts. A tumor grew in Sam’s leg. Doctor Shrivastava wanted to remove the bone before the cancer could spread. She said that they would replace the bone with a metal rod.

How weird was that?

This surgery, she said, would take place in about twelve weeks. During that time, and for nine months afterward, Sam would have to take some very strong medicine. The medicine, or chemotherapy treatment, would destroy the bad cancer cells in his body — but they would also make him feel very sick sometimes.

At a certain point, Sam stopped listening. He closed his eyes. It was dark, and he was swirling in an inky sea of words, drowning in the dark, mystic language. He needed to get away. Fly to some other place. He was tired of listening, tired of hushed conversations, of doctors and their white coats.

Dr. Shrivastava looked at Sam. “Most patients fully recover,” she assured him.

Sam stifled a yawn. He had been stuck in this office forever.

“Can we go now?” he asked his parents.

“I want to go to Mike’s house,” he announced. “He just got the new MLB game on PlayStation. He says it’s awesome.”

“It should be fine,” Dr. Shrivastava intervened, checking her wristwatch. “Perhaps that’s enough for one day.” She looked at Sam, smiled warmly. “Mike is your friend?”

Sam nodded, yes, of course. Mike was his friend.

The Circle of Life: A Little Red Bird Meets My Wife, Driving a Car

This morning my wife, Lisa, and daughter, Maggie (13), pulled into our driveway after an energizing run. What a great way to start the day.

Lisa, alas, did not notice the cardinal that was moving awkwardly on the pavement. Or, I guess, Lisa just expected that it would fly away. Most birds do. This one did not. Splat.

Our daughter was upset. Well on her way to becoming a young woman, Maggie was suddenly a little girl again, traumatized, struggling to understand.

The poor bird had no chance against a Toyota Camry. 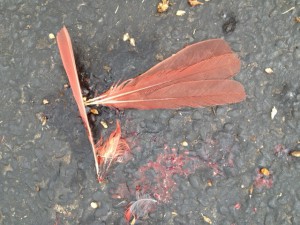 In the car, there was a pause. Maggie distraught, in disbelief.

My wife steps out of the car to see what’s to be done, figuring it will involve a shovel and a garbage can and perhaps a few years of therapy for the aforementioned Maggie. Insurance almost certainly won’t cover it.

Suddenly a large black crow swoops down, grabs the splattered cardinal in its beak, and flies off.

Two minutes later, our friend across the street texted Lisa: “What did that bird have in its mouth? Something red? You hit it? Then the crow swooped in? Sorry she witnessed that.”

Nothing to see here, nothing at all.

Just an aside, but:

This was my wife, Lisa,

I was glad for my daughter 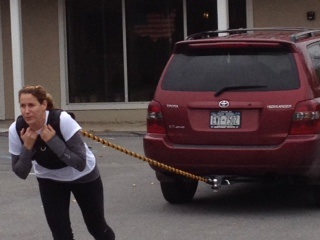 Lisa is great &, over the years, we’ve saved a lot

My wife is attuned to earth’s natural rhythms, the first buds of Spring, of planting and, later, the summer harvest. When the season is ripe, Lisa loves to go out to pick apples, strawberries, raspberries, whatever’s in season. She’ll even go so far as to cook a fresh beet (waaaaay overboard, if you ask me).

Which is why I always get a kick out of it when, around this time of year, she enters a store and suddenly yelps, “It’s Cadbury Egg season!” 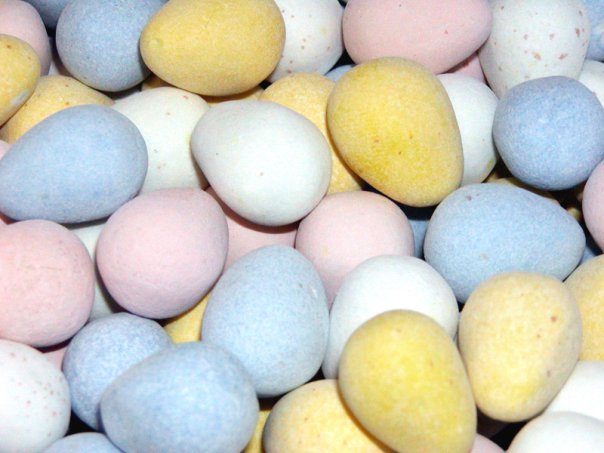 Lisa is referring, in case there’s any doubt, to the mini eggs. She has no use for the cream-filled monsters. But those delicious little eggs, with the perfect light candy covering? She can’t resist them. After all, they’re in season. And then, sadly, they’ll vanish. Get ’em while they’re ripe on the vine! 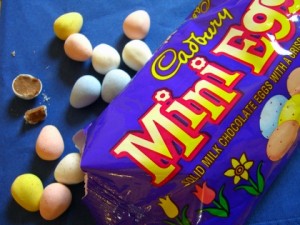 Why You Should Always Check Your Children’s Homework

Snow Day today! I have to take off work, since Lisa is studying furiously for some kind of gigantic test — she’s about to become a certified nurse midwife with a job at highly-regarded Bassett Hospital in Cooperstown, and this is her final hurdle. Lisa took her first nursing class (you must first have a nursing degree in order to become a midwife) when Gavin, age 9, was three months old. She’s like that turtle that wins the race, and finally she’s about to cross the finish line. It has been a long haul and I’m so proud of her. Amazing woman.

As a result, I’ve got Gavin and Mags today. Not sure what the weather will allow us to do. It could devolve into the dreaded “Paul Blart: Mall Cop” movie. But hopefully we’ll tramp around in the snow with Daisy, maybe some sledding, absolutely some hot chocolate, and of course I’ll have to haul out the manly snow plow!

In any event, an educator friend sent this along yesterday. Regardless of its (dubious?) veracity, it was too good not to share. Plus it fits into today’s snow shoveling theme. 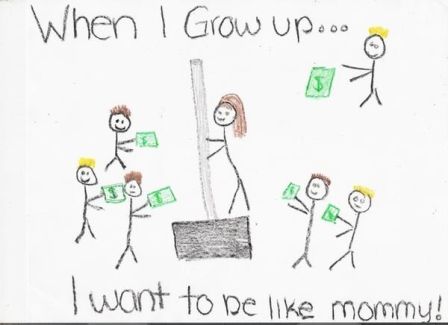 It turns out that mommy isn’t a pole dancer. She works at Home Depot where she often sells snow shovels!