“One Book, One School”

I don’t know where to begin, what to say.

Let’s start with a couple of photos that were recently sent me from Hastings Middle School in Fairhaven, MA. 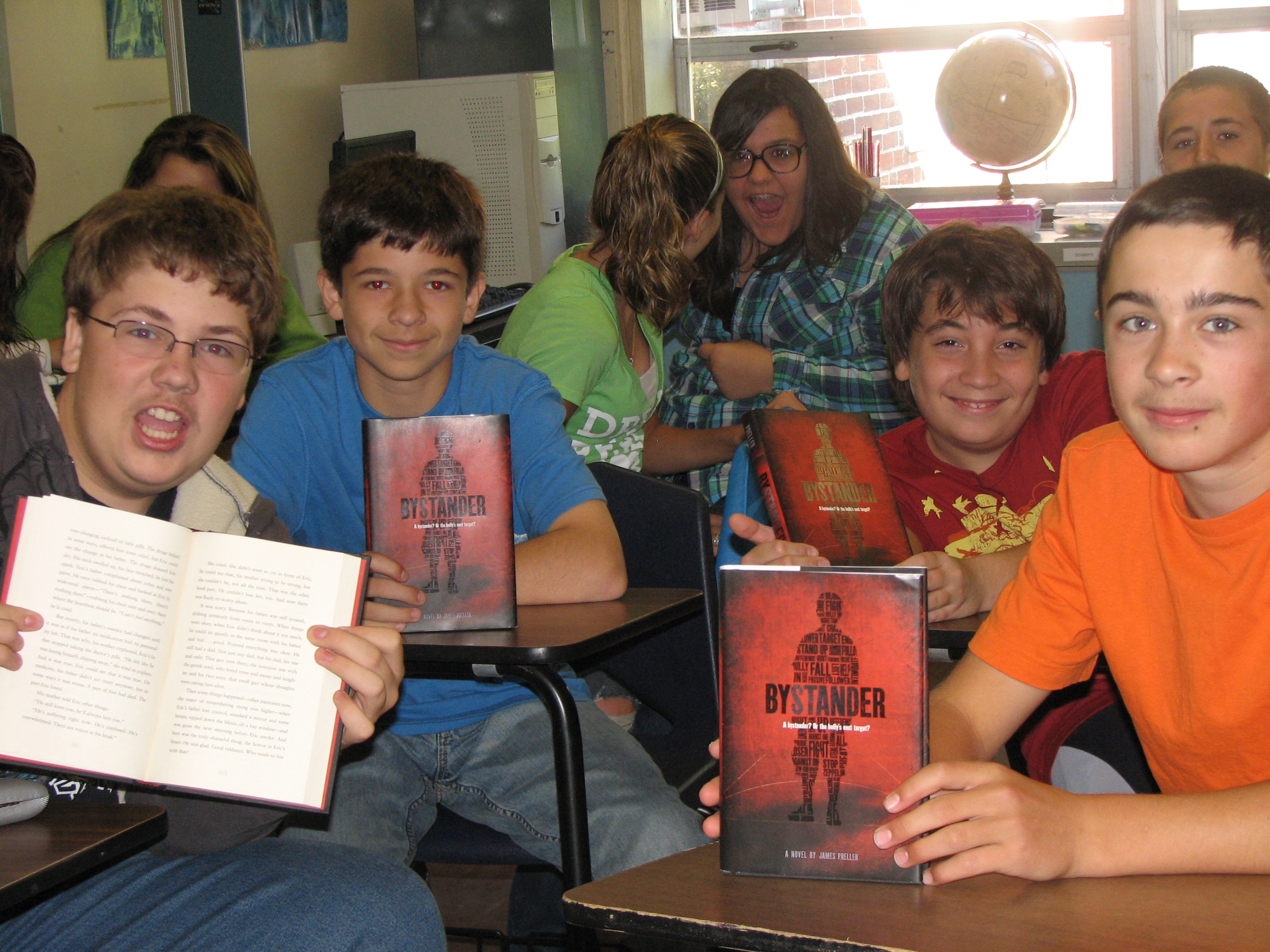 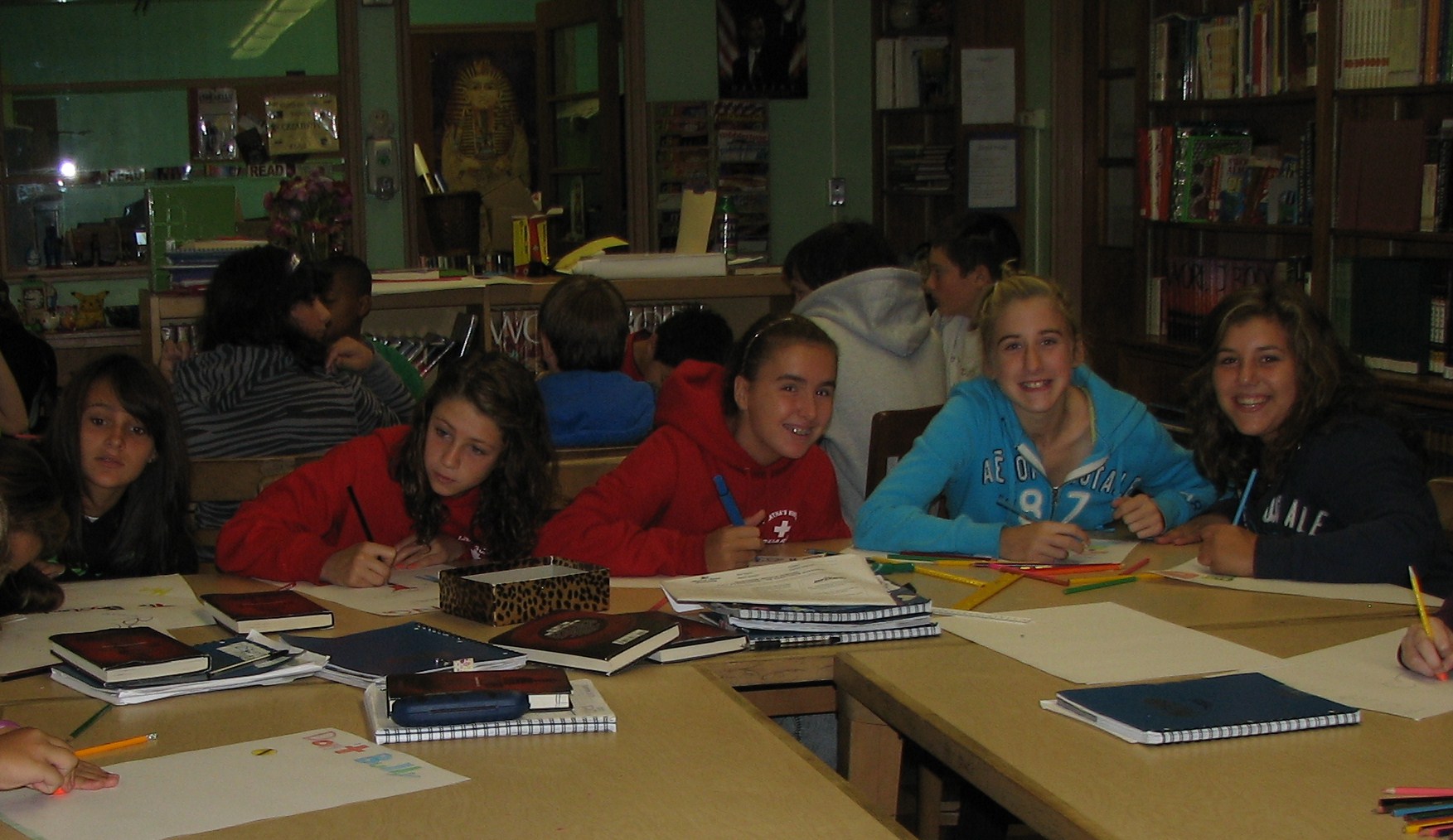 On Thursday, 9/16, all the students, staff and faculty at Hastings participated in a “One Book, One School” Event. This past summer all students read the same book, Bystander. Of all the books in the world, they selected mine. Amazing. The books were purchased with generous donations from individuals and community organizations. The half-day culminated in book discussions, art projects, role-playing, and more — all tied into my book. The goal of this event was to bring the topic of bullying into the classroom and have the entire school participate in the process. Students were asked to take a pledge: “Take a Stand! Don’t be a Bystander, Be a Hero!”

One of the day’s organizers, Ann Richard, sent along this follow-up note:

We all loved the book and had a great time with the discussion.  We sent this press release out after the event with some great photos. I have included them for you to see.

The students created wonderful posters and really seemed to get a lot out of the day.  We used the discussion questions from your publisher as a starting point and created some vocabulary lists and other activities to round out the day.  Each classroom had one poster that they all signed to pledge to not be bystanders, and the entire faculty and staff signed an entire bulletin board to pledge as well.  We also all received a sticker that said, “Don’t be a bystander, be a hero.”

Other area schools are considered using the books in their curriculum this year because we were so successful with it.

Thanks again for such a great book! 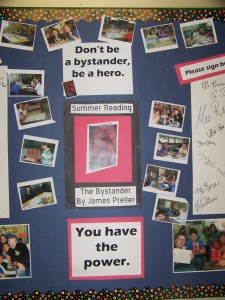 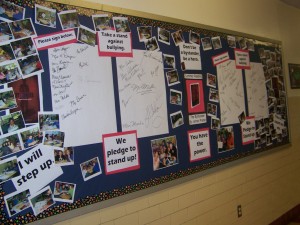 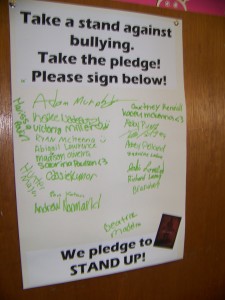 And now I return to the same place where I began this post, a little tongue-tied, not knowing where to begin, or what to say, except . . . thanks. I’m honored and grateful.

Tomorrow night I head off to visit a school for another “One Book, One School” event, this one at Ephraim Curtis Middle School in Sudbury, MA. So after dinner I powered up the iPod, sat down with my Sharpie and a glass of water, and signed 650 book plates. I’ve always had a lousy signature, and still maintain that nothing beats a handshake, but I feel blessed each time somebody asks. 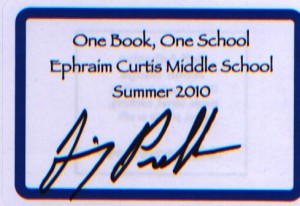 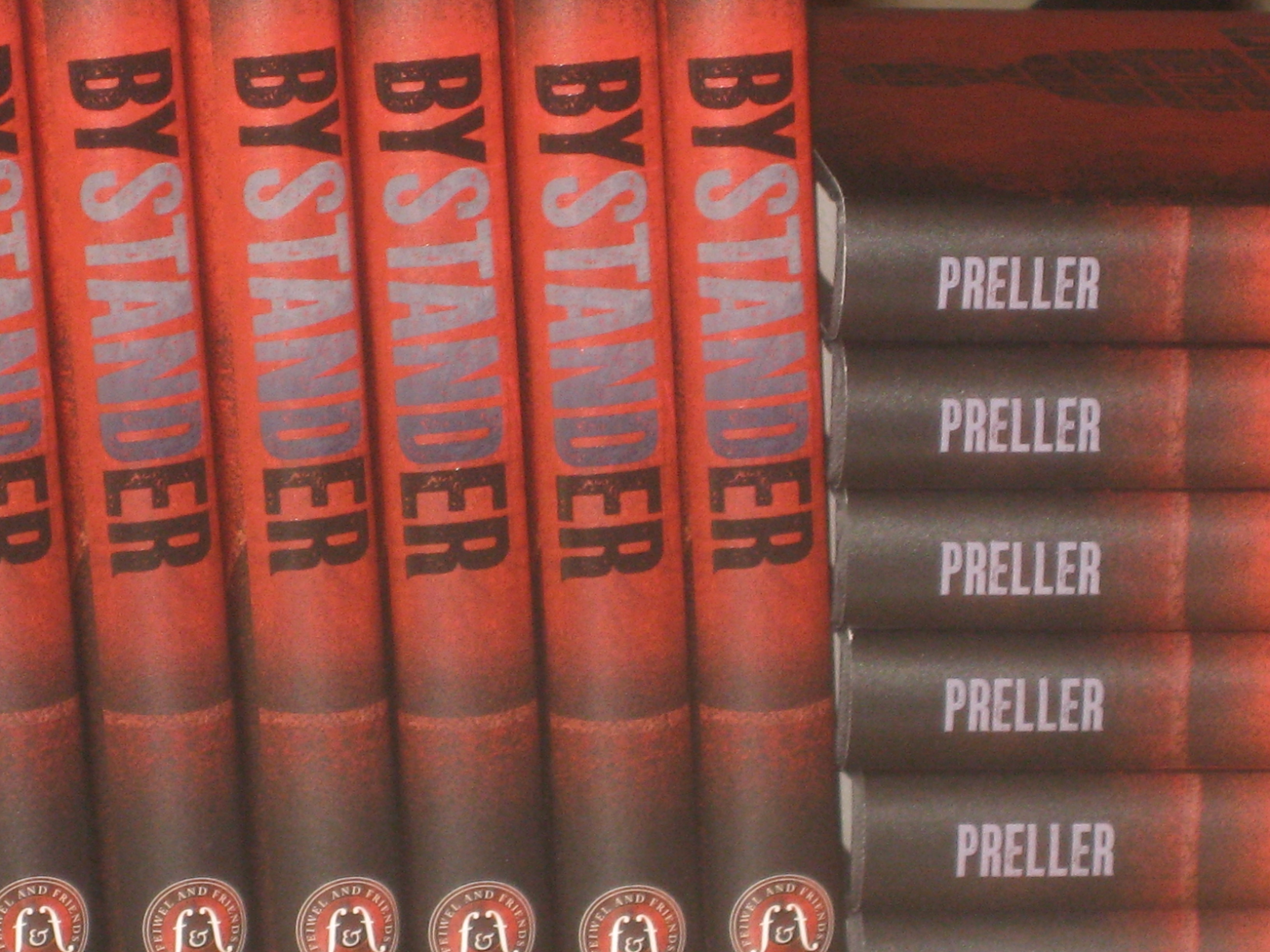