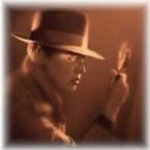 I plan on writing a series of “behind-the-scenes” blog entries about my experience writing the book, Along Came Spider. My writing process, if you will. Sigh. I have to confess that the thought of it makes me want to hurl, since it borders on self-obsession and pretentiousness. I really don’t want to this be about me, per say, but that’s all I’ve got, my story. Here’s how I came to write a single book.

A few years ago, two editors at Scholastic, Craig Walker and Shannon Penney, came to me with an idea. They wondered if I’d like to try writing for readers who were slightly older than my Jigsaw Jones audience (ages 6-9, approximately). They also hoped that I could make it a school-based story, probably for grades 4-5. I agreed to give it a shot.

I didn’t have a grasp on 4th- and 5th-grade classrooms, so that became the first order of business. I couldn’t begin writing until I could speak with author/ity on that world. While writing Jigsaw, I sat in on many, many 2/3 classes; I enjoyed it, learned from it, was inspired by those sessions of silent watching. The ideas came organically, growing from the specificity of that soil. I contacted a local fifth-grade teacher, Chris Porter at Glenmont Elementary, because I’d known her for years, admired her enthusiasm for literature and her commitment to teaching. With openness and warmth, Chris invited me into her classroom, where I was free to visit any time throughout the school year. Over a period of six months, I came and went as I wished, sitting in the back, silently observing. If something particularly cool was going on, Chris might send me a note. Like, oh, “For our Canada unit, we’re making an eight-foot long paper mache moose. It’s a mess, and it’s crazy, and we don’t really have any time to do it, but it’s so much fun! You’ve got to come and see it.”

I didn’t have a story in mind. I didn’t know what I was looking for. My goal was to sit and absorb the goings-on of a lively, creative classroom, and see what comes of it. I saw the flow of the school day, the way things worked. I filled a composition book with random notes, quick character sketches, hair-brained ideas. No story yet, but I was getting a handle on that world. I soon realized that sitting in a well-structured classroom was not nearly enough. I needed to see the students “in the wild,” meaning: recess, the lunch room, gym, on the bus. That is, all the time they were away from Chris’s watchful eye, when they had more freedom to interact, to be themselves, to mess up.

Eventually the themes in this story — which was to become Along Came Spider — began to take hold. I began deeply interested in exclusion and inclusion, in how some kids didn’t quite fit with the larger group. At the younger grades, eccentric behavior was more easily absorbed. But after a few years — second grade, third, fourth — the students become more familiar with each other. I could see how some of them were in danger of becoming increasingly isolated. I could imagine that Middle School could easily become a problem; they were at risk of becoming lost in the crowd, alienated, separate and alone. I didn’t see students who were picked on or bullied. They were just . . . accepted, tolerated, ignored.

When responding to an email query, Chris wrote to me:

“I know as a fifth-grade teacher, I always hope that the ‘troubled’ student who doesn’t fit in the mainstream group is able to find just one friend. I truly believe you can get through anything knowing that you have someone who likes you and see you for just you — as well as someone who will include you in the most difficult times of the day — recess/lunch!”

I taped those words to the wall beside my computer. And I was on my way. I still didn’t have the story, exactly, but I had the stirrings of what I wanted to write about. Now I needed to do a new kind of research. It was time to hit the books . . .

“The fact that kids like a book is not proof of its merit. They also like all kinds of dreck confections with names like yo-yos, and animation full of senseless violence. Every kid is a potential genius but also a potential yuckapuck.” — William Steig.

I love William Steig’s books, his picture books (Sylvester and the Magic Pebble, The Amazing Bone, Doctor De Soto) as well as his longer works, such as Abel’s Island and Dominic.

Amazingly, Steig published his first children’s book at the vintage age of sixty. I often think that’s what helped make his voice unique, singular. Like many people who reach that state of grace — I’m thinking of any number of old grandpas on the front porch, talking about how the world really works — Steig didn’t seem to care what anybody thought. He was free from all those concerns. Sure of himself, Steig worked to please himself, confident in the knowledge that by doing so, he would almost certainly please others. Or not — whatever!

I admire, too, his faith in his own imagination, his aspirations to make true, lasting Art. Yet he was never pretentious about the writing process. Said Steig, “I just ramble around and discover for myself what will happen next.” He also said: “I can’t truly say that I am ever inspired to write a book. It’s the last thing in the world I think of until I have to do it. And then I count on my imagination to make things happen.”

His artwork serves the text, and often sublimely, perhaps never moreso than in The Amazing Bone, which seems like it sprang from the palette of a French Impressionist. I’m staring at a two-page spread that depicts the book’s porcine heroine, Pearl, as she serenely settles amidst the wild flowers of a forest. She breathes in her surroundings, at one with nature.

Later she sat on the ground in the forest between school and home, and spring was so bright and beautiful, the warm air touched her so tenderly, she could almost feel herself changing into a flower. Her light dress felt like petals.

“I love everything,” she heard herself say.

Despite the artwork, it was Steig’s singular use of language that separated him from the pack. He refused to pander to the perceived interests of young readers; instead, he lifted readers up, selecting the right word even if it wasn’t the easiest word, trusting in his readers’ intuitive intelligence. Children encounter rich, vivid language in his books, words like cantankerous and recumbent. As J.K. Rowling proved in the Harry Potter books, the grandiosity of the language did not turn readers away, but rather heightened the mystery and atmospherics of the telling. Steig’s books serve as an eloquent rebuttal to today’s misguided tendency of “dumbing down” children’s literature.

There’s also sensitivity in his stories, poignancy, a profound sense of wonder. The way Sylvester’s parents, heartbroken and unyielding, never stop searching for their lost child, never surrender hope. Or when Pearl in The Amazing Bone finds herself in the clutches of a cruel fox:

“Be brave,” the bone whispered. Pearl could only tremble.

Steig was a true believer in the immediacy of the creative impulse. He said, “It’s only when you’re consciously aware of what you’re doing in a book that you’re in trouble.” He followed, that is, his own muse. There is nothing cynical about his work, nothing deliberate. I believe he never once tried to figure out the market, never wrote simply to sell, never chased the latest trend, but instead followed his heart. It is why his books are timeless and enduring.

In Dominic, a dog sets out to see more of the world. Soon he must choose between two paths: a road with “no surprise, nothing to discover or wonder at,” or another road that promises to lead him to “where things will happen that you never could have guessed at — marvelous, unbelievable things.”

Like the book’s creator, Dominic chose the second path. Every reader who has opened one of William Steig’s books knows that feeling. For he invites us along on that same journey of surprise and adventure. And away we go, willingly, happily, in the hands of a master.

POSTSCRIPT: A librarian friend — okay, my ex-wife, Maria, who remains my friend — just sent me a cool link. There was a recent celebration of William Steig’s art at The Jewish Museum. To get more info, and to hear Meryl Streep read Spinky Sulks, just follow the link. This presentation of his work from The New Yorker is also awesomely cool.