Writing Process: How a Photo on Facebook Influenced JIGSAW JONES: THE CASE FROM OUTER SPACE 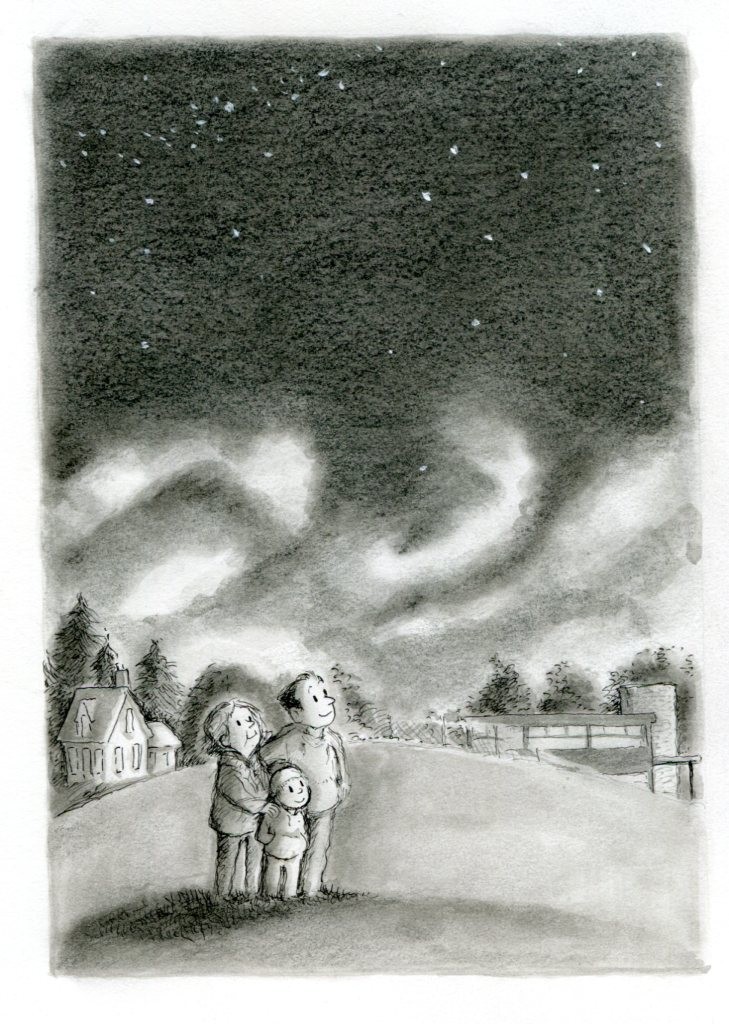 Illustration by R.W. Alley, from the upcoming Jigsaw Jones book, THE CASE FROM OUTER SPACE. That’s Jigsaw with his father and grandmother.

When writers are fully engaged in their work — not just writing, but actively (or unconsciously) thinking about the writing — it tends to create a state of unique receptivity. Everything we see, hear, read, or smell becomes fodder for the work. A face we see in a coffee shop becomes exactly the face we need for a minor character. Someone’s small gesture — the way a girl crosses her arms and squeezes the skin of her elbows when she’s nervous — soon worms its way into our writing.

We have our antennas up. We’re sticky like flypaper, catching the signals in the atmosphere. I’ve heard it described as a time of being particularly “spongey,” a state where writers are especially absorbent, like quality paper towels. The song in the elevator becomes the key song in the book, and so on. The whole world feeds into the writing in unexpected ways.

I suppose I was in that sticky/spongey condition when I began casting about for ideas for a new Jigsaw Jones book. After a while, I figured out that it would revolve around a note stuck inside a book, found at a Little Free Library (because I love them). Without disclosing too many spoilers, the found note would lead some to believe that aliens were coming from outer space. Spoiler #1: They are not. Coincidentally (or not), Jigsaw and Mila’s teacher, Ms. Gleason, has been talking about the planets in class. Spoiler #2: She was even planning a surprise Skype visit from a real, live astronaut.

I was eight years old on July 20, 1969, sitting before my television watching grainy, black-and-white images of Neal Armstrong walking on the moon. At the same time, “Star Trek” was the most popular show with my older brothers. “Lost In Space” was also on television, feeding that fascination. The idea of space, the final frontier, has always loomed large in my imagination.

Below is a photo of the only twelve people who have ever walked on the moon. This is what the astronauts looked like: 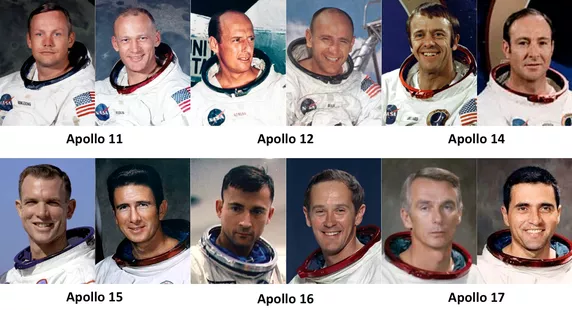 Notice anything about them? Go ahead, study hard; this might take some time. Hit the buzzer when you are ready.

Yes, correct, they are all white men! Good work. I don’t recall questioning it at the time. But times do change, and many things do get better, even though it doesn’t always feel that way. Even so, this concept of what an astronaut looks like had been planted deep inside my brain. It just . . . was. Then one day the internet coughed up this image on my Facebook feed: 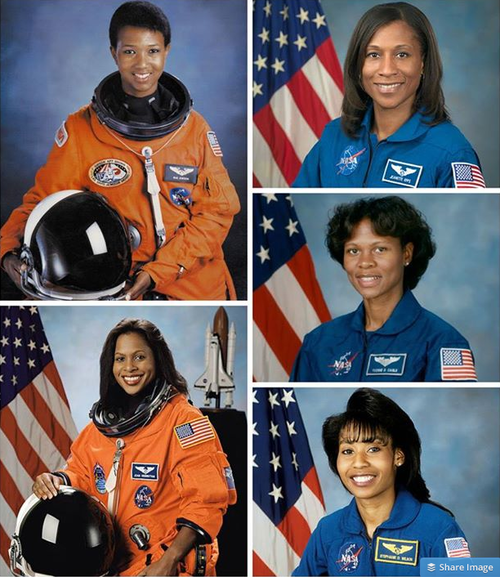 Beautiful, perfect. This was just what I needed. One of the tricks with plotting mysteries is to run counter to assumptions, gender or racial or otherwise. The reader leans one way, you go the other. Also, politically and personally, I want to celebrate the diversity in our world. I want to jar readers a little bit, perhaps. Remind them to rethink those assumptions. Or, maybe, help them see themselves reflected from a new distance . . . under a new light . . . maybe even a world away.

A gasp filled the room.

We were meeting a real live astronaut.

I heard Lucy whisper, “Major Starmann is a woman.”

Rough sketch from THE CASE FROM OUTER SPACE (Macmillan, August 2017).

NOTE: One of the primary missions of this blog is to provide readers with a glimpse behind the scenes into the writing process and a writer’s working life. If you go to the Jigsaw Jones page and scroll through, you’ll find links to many other “Stories Behind the Story” posts. This new book will come out in the summer of 2017, along with the repackaging of four more titles that are currently out of print. I’m happy about that.