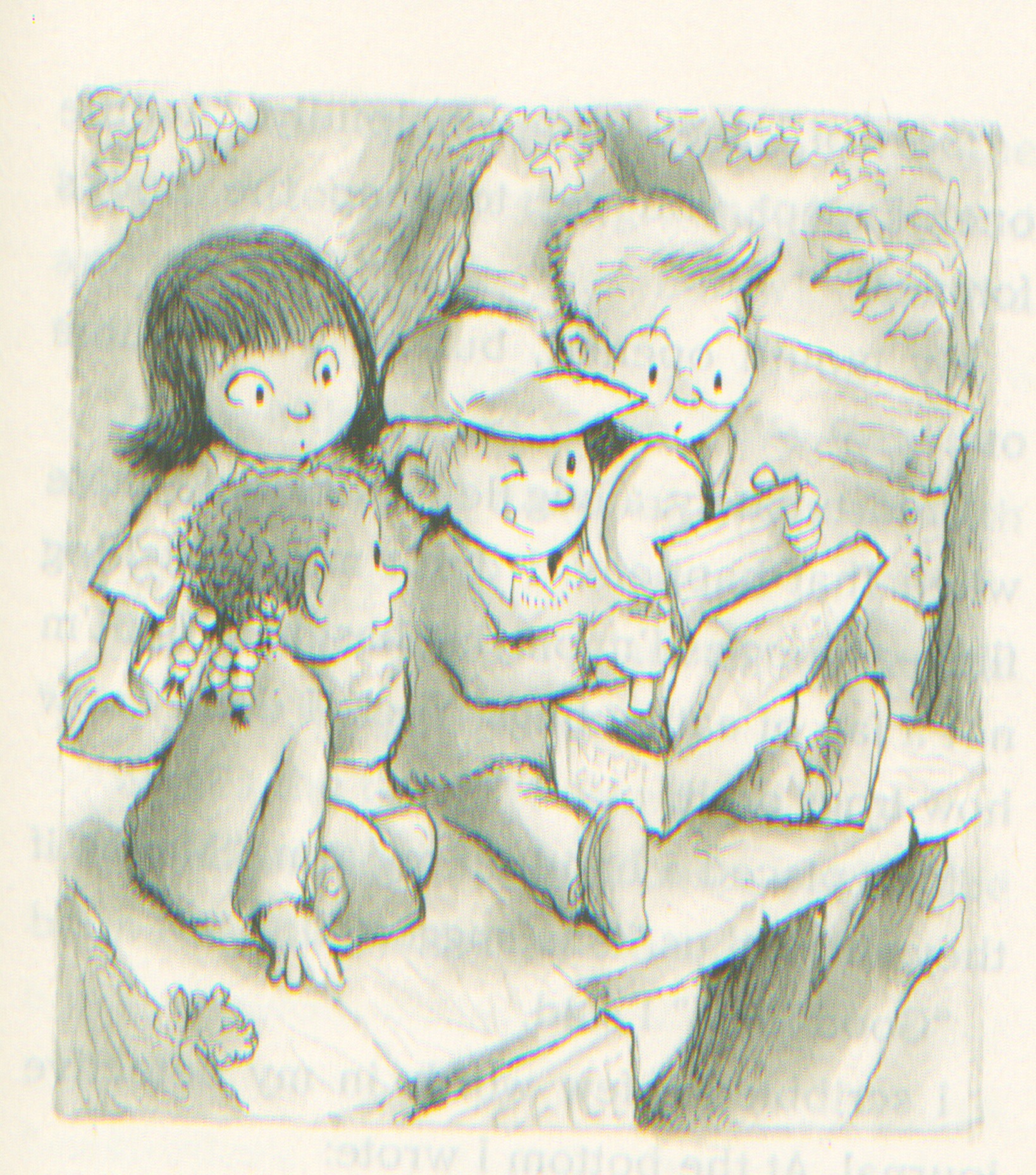 –
Jigsaw Jones is back! Preller’s puzzle-solving second grader returns for his first mystery in 10 years, coinciding with the republication of four original “Jigsaw Jones” mysteries. Fans of the 32-book series will be happy to once more see Jigsaw, fellow detective Mila Yeh, teacher Mrs. Gleason, and other familiar friends. Here, classmates Joey and Danika find a mysterious note in a book they borrowed from a neighbor’s Little Free Library. They are convinced it means that aliens are coming. Jigsaw and his friends spend afternoons investigating the mystery, while during the school day, they learn about the solar system. Then they catch the bus home, where they are involved in stakeouts, neighborhood canvasses, and code-breaking. As usual, Preller brings the threads together in the end. He references other real-world titles (Marjorie Weinman Sharmat’s “Nate the Great”; David A. Kelly’s “Ballpark Mysteries”; Richard and Florence Atwater’s Mr. Popper’s Penguins), includes a secret code (a “Substitution Code” this time), and incorporates deductive reasoning, allusions, and similes. Jigsaw has the same droll sense of humor longtime fans will remember (“As a cook, I’m pretty good with a toaster.”). VERDICT Those who enjoy Preller’s works for younger readers will welcome the return of Jigsaw Jones. Highly recommended, especially for devotees of series such as David A. Adler’s “Cam Jansen,” Ron Roy’s “A to Z Mysteries” and “Calendar Mysteries,” and, of course, Marjorie Weinman Sharmat’s “Nate the Great.”–Gina Petrie, Catawba College Library, NC
–
Category: Jigsaw Jones / Tags: Ballpark Mysteries, David A. Kelly, Gina Petrie, Gina Petrie SLJ, Jigsaw Jones, R.W. Alley, School Library Journal, Thank you teachers, Using Jigsaw Jones classroom