Hot stuff, coming through — watch your back, people!

Before I share this note from Travis, I have to tell you about my dream last night. During the day, I spent some time at a grammarian’s website, trying to learn something about “good English.” You see, I’m not gifted at grammar; I get confused, I forget rules, I lose track of tenses — to the point where I feel like I’m not much of a writer at all. (Okay: I feel like that a lot,  especially lately.)

So last night I dreamed that this grammarian sent an email praising my most recent blog post that included an excerpt from Bystander. He wrote that it was sturdy and sound, and that I had complete control of the language and the literary techniques employed within. No mistakes!

I woke up to discover it was only a dream. Bummer. Now I’m no Carl Freaking Jung, but obviously some part of me was craving that affirmation, like the dog that fetches the fuzzy tennis ball and drops it at your feet: “Good writer, Jimmy, good boy.”

You should make more books about baseball. Six Innings is a very good book and I would like there to be a sequel to the book. You should make one about the kids in nine innings in high school though. They could be going against people on a high school team.

Thank you for making the book Six Innings and I hope you write a nine innings sequel to the book. Please write back if you would. I will get extra credit if you respond to this letter.

Thanks for your letter. When people write books — or blogs, or notes to friends, or anything — what we crave most is some kind of response. Otherwise it floats out there like a balloon into the clouds. Thanks to your letter, I now know that a ballplayer named Travis read my book and liked it. Thank you for that, truly.

I guess we live in an age of sequels, when there’s often a Roman numeral after a movie title. A sequel is almost expected. I know that I’d like to write another baseball book someday, not sure if it should be a sequel. But at the same time, I’m trying to explore others ideas, since I didn’t want to get put inside a box labeled: BOYS SPORTS WRITER. Not that there’s anything wrong with that, but I wanted to attempt other things, too. Maybe surprise some folks along the way. Does that make sense to you?

If there’s a sequel, that would mean at least some of the same characters. Maybe an All-Stars situation, or a tournament. I’ve always liked the title, Extra Innings. That’s one way of going, I guess. I feel I’d have to stay with that same age group.

Another way: I visited the Little League World Series recently, and wow, that would be a cool setting for a book. Every year, there’s always some team that surprises everybody by making it to Williamsport, this year it was that underdog team from Russellville, Kentucky, a group of ten boys who defied the odds and fulfilled an impossible dream. They didn’t win the tournament, but getting there was victory enough: that team came out of a Logan County Little League that had only thirty-three players! Isn’t that incredible? I actually watched them go toe to toe with the eventual champion, Chula Vista, California. It was a rout, 15-0, but those kids from Kentucky won my heart. A great team and a great story.

Another way would be to follow your suggestion. Write older. Think about those high school players. Some of them dreaming of college scholarships, some maybe realizing that their baseball dreams were coming to an end. I’d have to think about that some more. But I know I’ve got another baseball book in me — probably more than one, actually — so I appreciate your encouragement.

Great to hear from you, Travis! Your letter was just what I needed: “Good writer, Jimmy, good boy.” 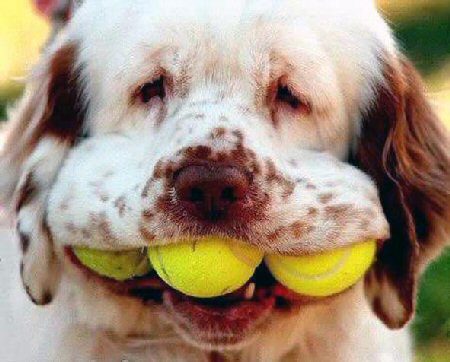