I was happy to discover this new cover of the classic tune, “I’d Rather Go Blind,” by pop-noir songstress, Gemma Ray. In terms of vocal performance, I don’t think Ray’s plaintive version touches the original by Etta James, but Ray’s take cooly updates the song for contemporary audiences. It also served to remind me of why it’s one of the greatest songs ever written.

For my money, those first two lines are as perfect as you can get. I’ve been working on a (still untitled!) Young Adult novel, and there’s a scene where I can hear this song, and Ray’s specific version, playing in the background (again, we’re in the land of “book-as-movie-in-the-head”).

According to the account in her biography, Rage to Survive: The Etta James Story, Etta James first heard the melody for “I’d Rather Go Blind” when she visited Ellington Jordan in prison. Reportedly she helped finish the song with Jordan, but for tax purposes gave the co-writing credit to Billy Foster, her partner at the time.

As a huge fan of The Faces, and early Rod Stewart (emphasis on “early”), I first came to the tune as a young teenager through his version, which I still love:

Beyonce played Etta James in the film, “Cadillac Records.” I really enjoyed the movie, which recounts the story of Chess Records and, in doing so, the history of Chicago Blues (Howlin’ Wolf, Muddy Waters, Chuck Berry, Little Milton, Willie Dixon, etc). The movie plays loose with some facts, but I recommend it to music lovers. Here’s Beyonce’s version of the song:

Lastly, while researching the tune, I came across an old band named Chicken Shack. You might recognize the lead singer for this 60’s British blues band. Her name is Christine Perfect. Later she married a bass guitarist named McVie and joined his band, Fleetwood Mac. Chicken Shack scored a #14 hit with their 1969 performance of the song:

I’m working over the holidays while my family plays. I hear it’s beautiful outside, but that’s just an ugly rumor to me, the devil whispering in my ear. I want to finish this book today, stuck in this windowless basement. I mean it. Today!

Or, okay, maybe Monday. Some things can’t be rushed.

(And, oh yes, I should whisper this: I love my book. So happy about it, so challenged by it. My first YA!)

I miss my kids, feel like I’m letting down my wife, but the work has got to get done. Even in this state, I listen to music — it feeds the work, sustains me — and I associate this artist below with a character I’m writing about, named Becka. I think Becka would very much like Ms. Marling, I can imagine Becka listening to her new CD, “I Speak Because I Can.”

Born on the date of my birthday, but, um, exactly 29 years later (Feb 1, 1990), Laura Marling strikes me as a very exciting young talent. A singer-songwriter from Hampshire, England, she’s linked to the Brit indie-folk resurgence, including bands like Stornoway, Noah and the Whale, and Mumford & Sons. I’m not sure where that trend is going, if anywhere, but I’m enjoying for now.

I had to add a live performance to balance out the video, I think it shows off her pure talent even better; it’s probably my favorite. Repeat after me: Twenty. Years. Old.

One more and I’ll stop, promise:

beaten, battered, and cold
my children will live just to grow old
but if i sit here and weep
i’ll be blown over by the slightest of breeze

Must be the weather. I’m feeling St. Paddy’s Day a wee bit early this afternoon, so started listening hardcore to Irish tunes. And me being me, I just had to share one of my favorites. But hold on a second while I wet my whistle. 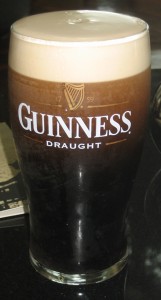 Ah better. You have to love Ireland’s Mike Scott and The Waterboys, it’s a requirement here at jamespreller.com, and a staple from my late-80’s period. For me, the must-have disk has always been “Fisherman’s Blues.” Here they do a lively version of one of the great traditional Irish tunes, “The Raggle Taggle Gypsy,” full of wild idealism and that particular strain of (fading?) Irish anti-materialism. “Gypsy” can be found on “Roam to Room,” perhaps their disk most influenced by the traditional music (and gypsy spirit) of old Ireland.

“What care I for my goose feather bed
wi’ blankets strewn so comely-o?
Tonight I lie in a wide open field
in the arms of a raggle taggle gypsy-o.”

I discovered this version by Eliza Carthy, playing alongside her parents, folk musicians Martin Carthy and Norma Waterson. She gives it a completely different feel and arrangement — utterly gorgeous — and I realize that I’ve got some catching up to do:

Here’s a band I don’t know anything about, named Mad Dog McRea, but these guys give a spirited, ale-spilled, “Wish I was there hoisting me glass” performance:

And finally, there’s Planxty, an Irish “super group” including Christy Moore, Andy Irvine, Liam O’Flynn, and Donal Lunny. Here they give the song a go with stirring results, taken from their 1973 eponymous debut. Sorry, audio only: 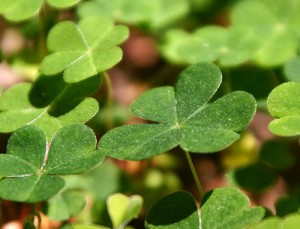 Music Video Weekend: The Avett Brothers, “I and Love and You”

Welcome to the mighty Avett Brothers, from their fabulous 2009 disk, “I and Love and You.” I can’t quite explain why this song connects so powerfully with me, maybe my years of living in Brooklyn, or the subtle, understated, almost mournful melody? Ah, who among us can understand what makes the heart sputter and stir?

I won’t bother trying to figure it out. Just sit back and enjoy.

One foot in and one foot back
But it don’t pay, to live like that
So i cut the ties and i jumped the tracks
For never to return

Three words that became hard to say
I and love and you
What you were then, I am today
Look at the things I do

Dumbed down and numbed by time and age
Your dreams to catch the world, the cage
The highway sets the travelers stage
All exits look the same

Category: Music / Tags: I and Love and You, Music Video Weekend, The Avett Brothers

Not sure where I’ve been, but I just discovered this song — or this version of the song — as sung by Gary Jules for the Donnie Darko soundtrack. I have to listen to it every day. Sounds a little like Erik Satie meet Elliott Smith, and that’s a good thing.

It was originally written by Roland Orzabal and sung by Curt Smith of Tears for Fears, but Jules and co-writer Michael Andrews stripped it down to its sturdy core, sans the treacly elements of the Tears arrangement. I love the vulnerability in Mr. Jules’ voice. He nails the mood. And the video, directed by Michel Gondry, is sweet, too.

I also discovered that Adam Lambert did a decent-enough version of it on “American Idol,” full of sheen and surface gloss and smoke machines. Still: My money is on the Jules version.

Which do you prefer?

The original, by Tears for Fears:

Here’s Adam Lambert’s version, which is nothing new, basically just a prettified, copycat take on Jules and Andrews’ inventive reinterpretation. Or what Sting might call, TV karaoke:

All around me are familiar faces
Worn out places, worn out faces
Bright and early for their daily races
Going nowhere, going nowhere

And their tears are filling up their glasses
No expression, no expression
Hide my head I want to drown my sorrow
No tomorrow, no tomorrow