Getting Boys to Read: Two Authors Chat About It (Part 1)

Over the past couple of years, I’ve had numerous discussions under the broad subject of “books for boys” with fellow author Kurtis Scaletta. We’re both ex-boys, you see, and we care. So we’ve talked about the gender gap in reading, looked at the typical remedies, passed on book suggestions (Kurtis tells me I have to read this book by William Brozo), discussed the primary importance of modeling in the home, and more.

Recently we’ve encounted several mainstream articles on the subject. And rather than talk amongst ourselves, we decided to continue the discussion in the context of an online chat.

Please: feel free to comment, react, complain, applaud, question. We know that we don’t have the answers. But we also know that there’s something fundamentally unsettling to us as men about the tone and tenor of the entire conversation.

To set the stage, let’s look at a recent Associated Press article, written by Leanne Italie: “How to get boys to read? Try a book on farts.”

You can read the entire article by clicking on the link above. But here’s a few snippets for context:

Can fart jokes save the reading souls of boys?

You better hope so.

Boys have lagged behind girls in reading achievement for more than 20 years, but the gender gap now exists in nearly every state and has widened to mammoth proportions — as much as 10 percentage points in some, according to the Center on Education Policy.

Parents of reluctant readers complain that boys are forced to stick to stuffy required school lists that exclude nonfiction or silly subjects, or have teachers who cater to higher achievers and girls. They’re hoping books that exploit boys’ love of bodily functions and gross-out humor can close the gap. 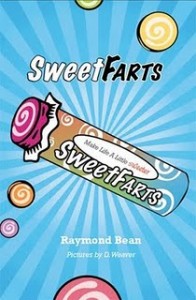 Butts, farts. Whatever, said Amelia Yunker, a children’s librarian in Farmington Hills, Mich. She hosted a grossology party with slime and an armpit noise demonstration. “Just get ’em reading. Worry about what they’re reading later.”

JP: You can’t see me, but I’m slumped in my chair. It’s hard to respond to this article without sounding like a whining ninny.

KS: I see a story like that about once a month in the mainstream press, touting books like SweetFarts as the simple solution to this really complex problem.

JP: I just get sick and tired of seeing the same types of books listed in these discussions. Very lowest common denominator.

KS: It is lowest common denominator.

JP: I find it stultifying when I come across lists of “books for boys” that begin and end with all the usual standbys: bodily humor, nonstop action, cars and trucks, sports, violence, and so on.

KS: I think you give boys those books and you aren’t communicating that you value that boy’s mind very much or that you value reading. It seems to trivialize the whole thing.

JP: And let’s not forget that there are many kinds of boys, or that boys can be many things: sensitive, caring, troubled, dreamy, mild, lonely.

KS: Those lists and assumptions don’t do very well by boys or by books. They have such low expectations for both. That’s what bugs me the most.

JP: As I’ve said elsewhere, it’s not just farts and firetrucks. It can’t be.

KS: You give a boy a fart book and I wonder where it comes in that he understands reading is important and that you believe he is capable of high intellectual pursuits.

JP: Is it merely THE ACT of reading we value? I don’t think so.

KS: The real reasons boys become passionate readers is because they do find those books that make a real difference to them. “Home Run” books they are called. ONE book is proven to turn a reluctant reader into an avid reader. IF it is the right book. So you have to ask, “Is this likely to be that book?”

JP: But couldn’t it be argued that they need to begin with any kind of positive reading experience?

KS: Yeah, but I don’t really buy the story that teachers are brutalizing boys with all these terrible boring books. Mostly they read books that have had a huge kid response already. Books like The Outsiders or Maniac Magee or some other book that millions of boys have read and loved. So I don’t know where the negative experiences come in.

KS: That’s ultimately my complaint. My problem isn’t with the books. I think they should be out there and kids can read them if they want to. I just don’t like the message that boys are terrible readers and our only hope is to lower the bar.

KS: And I agree, it’s not teachers and librarians touting these simplistic solutions. It’s more mainstream press, reporters trying to find the funny lead to a complex story.

JP: Exactly. In the process, boys get reduced to primitive creatures capable only of banging on rocks and grunting. It’s condescending. And let’s not ignore the fact that, in this article at least, many of the advocates quoted here are the authors themselves. Their POV seems to be, “Buy my book; problem solved.”

KS: Ha. Yes, I admire Scieszka a lot for what he’s done, but of course he has a product line too and it’s hard to ignore that. Now James Patterson has his own “reading for boys” site, and of course he’s making fistfuls of cash off of his kids books line. It sounds bitter and jealous to mention it, but there it is. The handful of guys who are actually making a living at writing for boys are also pitched as the only hope to get boys to read and get to be the experts quoted in those articles. No room for a Preller or a Scaletta in that kind of story. So I guess I do take it personally.

JP: To be clear, in case I haven’t been: It’s not about the books. There are many, many great books out there for a wide variety of boy readers. So, yes, I think the media focus on grossology, etc., is completely misguided. We need to look at how we respond to boys in school and the messages we send. Most of all, I want to see fathers reading — that could make the single most powerful difference of all. When the focus shifts to the books, it all begins to feel like cynical marketing. I have no problem with “butt books” or whatever you want to call them, but let’s not begin to pretend they arrive riding on white horses, looking to save the day.

KS: Yes, I agree. And that’s what Sciezka says and Ray Bean says — that boys need male role models to read. The more I think about it, I just think those newspaper stories are lazy and half-assed. They want a compelling headline and don’t really care about the issue or the solution. We’re letting them frame the story and we shouldn’t.

JP: Word, Kurtis. But you know, I wish we had somebody really smart, like author Lewis Buzbee, to put it all in perspective for us. He’s so good at astute summation.

KS: Yeah, that would be great.

LB: The problem that I have with such thinking is that it supposes that boys are all the same — farts and butts and such. Oh, a lot of boys like such stuff, I know I did. but that wasn’t all I liked. I hate to see any reader reduced to such a cynical — your word, JP, and a good one — description. In a way, such single-minded publishing may actually turn boys off reading. I mean, is that all books are; I can get that from my friends. Books are very intimate places, where one reader with one book can feel and think about the world in ways that are different than they might otherwise think and feel. I know that’s why I like reading.

JP: Thanks for stopping by, Lewis. We are not worthy! 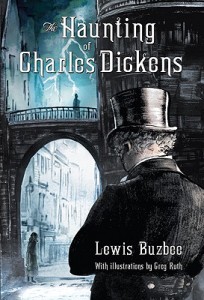 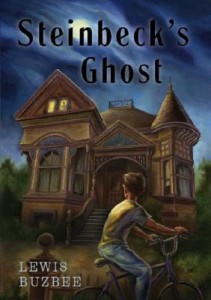 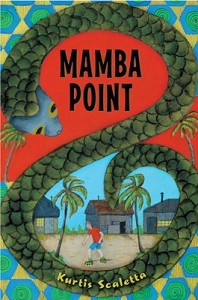 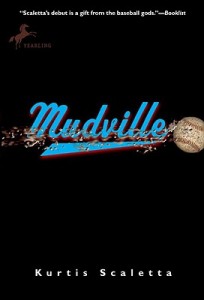 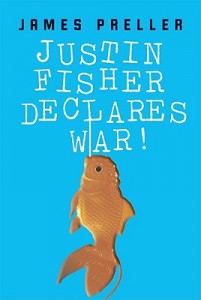 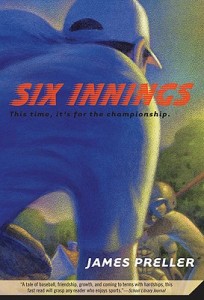