A Conversation with Debut Novelist E.L. Shen, Author of “The Comeback” — On the Writing Process, Ice Skating & Confronting Racism

was to go to the Olympics

where she would proudly represent

But what do you do when people

don’t even think you belong in America?

How do you contend with that?“

There’s a long line of things I love — great poems, birds at my feeder, live music, sitting around a fire, a really good chicken salad sandwich, debut novelists, and on and on. But maybe most especially debut novelists (or illustrators, or anyone putting out their very first book into the world). What a moment in a life. It is joyful and thrilling and oddly anti-climactic. Everything and nothing changes. I met E.L. Shen at a benefit for Ronald McDonald House at The Book House in Stuyvesant Plaza, Albany, NY. I came away wanting to know more. And I wanted to point my little beam of light in her direction. 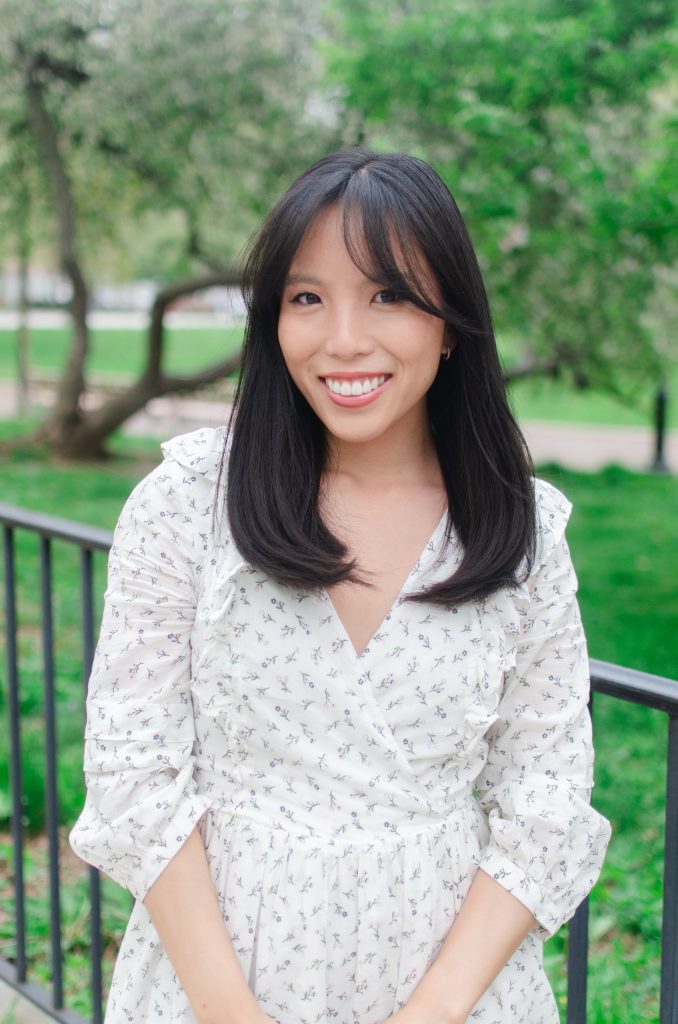 Thanks for stopping by, Elizabeth. I know that you grew up not far from where I live now, in upstate New York. Give us a little background? Did you want to be a writer from a young age?

Thank you so much for having me! Yes, I grew up in the suburbs of Albany, not too far from Lake Placid, where my debut novel takes place. I think from the moment I was born, I knew I wanted to be a writer. In first grade, I created these little stories that I persuaded (read: forced) my teacher to put in the reading bins. That feeling of creating a story from nothing –- and of seeing other people read and enjoy it –- was addicting.

You got your BA at Barnard/Columbia with a concentration in creative writing. What did you learn there? Confession: I didn’t go to school for writing and I sometimes wonder what I missed.

Gosh, I learned so much. In my classes, we dissected and deconstructed stories and novels -– not just on a “this flower is a symbol of her love” level, but on a “what was the author trying to do when invoking second person? Why is this paragraph where it is? What can we say about the pacing of the story?” level. We also often imitated authors as well to get a sense of what we liked about their styles and what we didn’t like. Imitation is a great way to fight writers’ block, and a useful tool in figuring out how you like to write, and how your style might stand out from others’.

And after school, you went into children’s publishing.

Yes! My turn for a confession: I quickly learned that being a full-time writer does not necessarily offer a lot of job security! I also really loved reading other people’s work and offering feedback –- this led me to deciding I wanted to become an editor. I specifically chose children’s books because I gravitated toward middle-grade and young adult stories in my free time. I love being an editor and an author; it’s a real privilege to see behind both sides of the curtain and to help other writers’ dreams comes true. 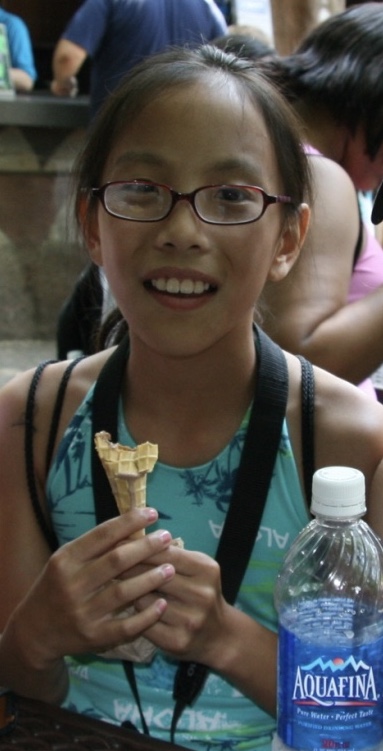 How did you come to settle on figure skating for your debut novel?

So this is a funny story! I was an intern at Farrar Straus Giroux Books for Young Readers (FSG), an imprint of Macmillan Children’s Publishing Group, during my spring semester at Barnard. This internship happened to coincide with the 2018 Olympics. I would not stop talking about the Olympics, and specifically about figure skating, to anyone who would listen. I had figure skated from the age of 9 to 15 after watching the very iconic Disney movie, Ice Princess, and loved, loved, loved watching figure skating as an adult. An editor at FSG, Wes Adams, overheard me chattering endlessly about my skating background and my general love for the sport. One day, he came up to my desk (which was literally in the middle of the kitchen –- intern life!) and said he had always wanted a figure skating 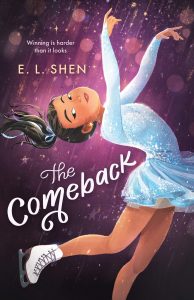 middle-grade story –- especially one that combats stereotypes about catty skaters. He asked me if I’d be interested in writing a book like this. At first, I thought he was joking. When I realized he was serious, I told him I’d think about it, but really needed to find a job first (after all, I was a graduating senior). Wes was very patient, and several months later, when I was finally ready to write this story, he was all ears.

Tell us about your process for developing the character of Maxine. Are you using index cards and elaborate notes? Sketching out character traits in a notebook? I imagine she’s a curious blend of you & not you.

Maxine is indeed a blended me and not me. When I came up with this story, I knew that I wanted her to be Chinese American, like me. I also knew that I wanted her to be feisty and passionate –- traits that would help her a lot on the ice, and keep her competitive and ambitious. Like Maxine, I too, grew up in a mostly white suburb where I was bullied for my ethnicity. I knew that whatever Maxine experienced had to be the antithesis of who she was and strip of her power. On the ice, she felt strong, confident, sassy. But at school, a racist bully took all the wind out of her sails, leaving her a shell of who she was. That dichotomy was essential for me to explore –- especially since Maxine’s goal was to go to the Olympics where she would proudly represent the United States. But what do you do when people don’t even think you belong in America? How do you contend with that?

In terms of process, I am a big outliner. I first bullet-pointed plot ideas and notes in my Notes App on my computer because that seemed less scary/permanent than writing in Word (it’s purely a psychological tactic). Once I felt I had a clear idea, I outlined chapter-by-chapter to get a sense of pacing and characterization.  This step was very important in crafting Maxine’s rivalry and (spoiler!) eventual friendship with Hollie, a new girl at her rink. It forced me to me visualize the ebbs and flows of their relationship, and how they would both grow and change over the course of the book.

Maxine seems to believe she’ll make it to the Olympics. In the book’s first paragraph, 12-year-old Maxine promises that she’ll skate in the Olympics. I read that as delusional. Not the dream but the extreme confidence. Was that your sense of it?

Honestly, choosing to become a competitive figure skater is kind of delusional. You have to wake up at 5 AM to skate before school, you pay a ton of money on coaches, equipment, costumes, etc., and you give up a significant chunk of your social life to be on the ice. But if you really love it, if you feel like this is the thing that is pulling on your bones every time you wake up, you do it. And for a lot of skaters –- that sacrifice is worth it because they see the dream: the Olympics. For Maxine, she had to really believe in herself and feel extremely confident in that dream to feel like it was all worth it.

At one point, Maxine blushes and senses that no one can see it through her tan skin. She thinks, “This is basically the only instance where I’m grateful to be Asian.” Was that true for you? Do you think that is true, or was true, for many Asian Americans?

As a child, I harbored a lot of self-hatred, specifically around being Asian. Growing up, I was not surrounded by people who looked like me –- not in my town, not in media, and not even in books at the time. Unfortunately, I know this feeling of self-doubt is true for a lot of BIPOC kids today –- some have told me this in-person or emailed me about it. But I hope that as our worldviews progress, all marginalized children will become confident in their heritages and their identities.

Maxine buys Magic Methods Eyelid Tape. I didn’t know that was a thing. Could you tell us about it?

Eyelid tape is made up of tiny adhesive slivers you can dig into your eyelids to make them “wider” or “bigger.” Asian 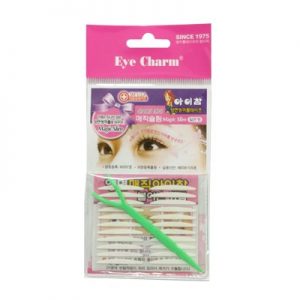 eyes tend to be more almond, while western European eyes tend to have more eyelid space. If you feel insecure about your Asian eyes, you can use eyelid tape, though I personally find that it often looks ridiculous, and caters to the idea that Western eyes are the most beautiful. It was something I tried to use as a kid and hilariously failed at executing, and it’s a one-two gut-punch for Maxine as she grapples with her bully’s comments about her eyes and her subsequent inability to change them.

I admired how the book seamlessly transitioned from a discussion about eye makeup to a much deeper questioning about identity. At one point Maxine thinks, “I am not a nerd, but I am a chink.” Is that a thought you’ve experienced?

It was important to me to highlight how beautiful Maxine was, and how, with the right guidance and support (another Asian skater who could teach her how to do makeup for Asian eyes, for example), she could finally feel beautiful, and take pride in her body and skin. At first, what Alex, the bully, said to her seeped into who she really thought she was, but over the course of the book, she gained pride in her identity –- much like myself!

This leads to a point when Maxine, with Hollie’s help, begins to practice snappy comebacks to Alex’s teasing. Tell us about that idea.

The comeback list was derived from something I actually created as a kid. I made up insults and wrote down witty responses (and then memorized them!). I forced my friends to practice with me and needless to say, they were not exactly thrilled about this activity. I thought it was such a hilarious thing that I did so I included it in the book. Readers will have to see how that works out for Maxine! 😉

Maxine is picked on — in subtle and more obvious ways — because she is different. In this case, Chinese. As you’ve said, some of that comes from your own experiences. How do you feel today about those kids who targeted you? How does an individual overcome those obstacles that get in the way of our sense of self-worth and identity?

Bullying stems from the perpetrator’s insecurities and worldviews, and/or what they’re taught by their parents. There are always deeper things at play. I hope that my bullies have all grown and learned more about the world, and are thriving now. I think the greatest thing you can do when you’re bullied is tell someone –- a teacher, a friend, a parent. You’re not alone. And remember, you’re freaking amazing. No one is you; no one could ever be you, and I think that’s a pretty cool thing.

I have a young adult novel pitched as an Asian American Sisterhood of the Traveling Pants coming out in Summer 2023 from HarperCollins! And more middle-grade on the way –- stay tuned. ☺

Well, Elizabeth, I see that we’ve filled up all the available space on the interwebs. It’s been so nice getting to know you. I’ll be watching and rooting for you from the sidelines, sans skates.

Thank you so much for this wonderful chat!