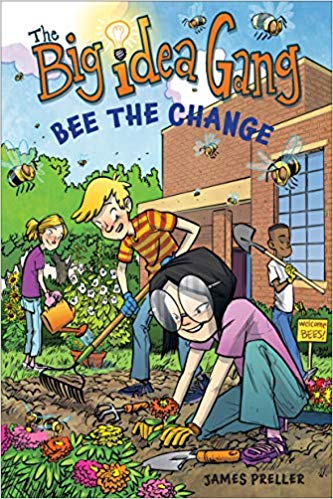 It’s not just the good ones. If I had a terrible review, I’d share it with you.

Of course I would.

(I had a review from Kirkus, long ago, where the reviewer playfully suggested that I never write poetry again. That felt good! Actually, it was an off-hand, thoughtless remark and I didn’t give it much weight. In fact, I’ve forgotten all about it! Wiped from my memory!)

I’m a little thin-skinned when it comes to negativity. Fortunately, not a lot of it comes my way. My work tends to elicit indifference, a yawn echoing through the stratosphere, rather than outright hostility.

The universe can be a cold place.

Which is all a blathering preamble intended to say, cool, look, here’s a review for Bee the Change, the 3rd book in my “Big Idea Gang” series, illustrated by the tremendous Stephen Gilpin. This is what they said about it in School Library Journal:

K-Gr 2–The Big Idea Gang is back in this beginning chapter book series featuring third graders who hope to make a difference in their community. Kim and Lizzy visit beekeeper Ozzie, whose charismatic personality and enthusiasm for bees motivate the girls to raise awareness of the important environmental role that bees play. After pitching the idea to their supportive teacher, Miss Zips, the kids brainstorm at the library and come up with a plan to invite Ozzie as a guest speaker and plant some flowers in the school garden. Friendly characters who want to effect change are paired with upbeat text and cheerful pencil drawings. Endpapers include bee facts.  VERDICT A solid choice for series fans and early chapter book collections.–Ramarie Beaver, Plano Public Library System, TX

That’s fine, right? Not amazing, but solid enough. Honestly, many series books don’t even get reviewed, so I’m grateful to see the series get some attention. Thank you, Ramarie Beaver!

What else am I grateful for?

Stephen’s incredible illustrations, the way he made these characters come alive before my eyes. I’ve never spoken to Stephen, I suppose he’s gone on to bigger and better things, but I’m very glad he passed my way.

Here’s a few samples of Stephen’s style from the book: 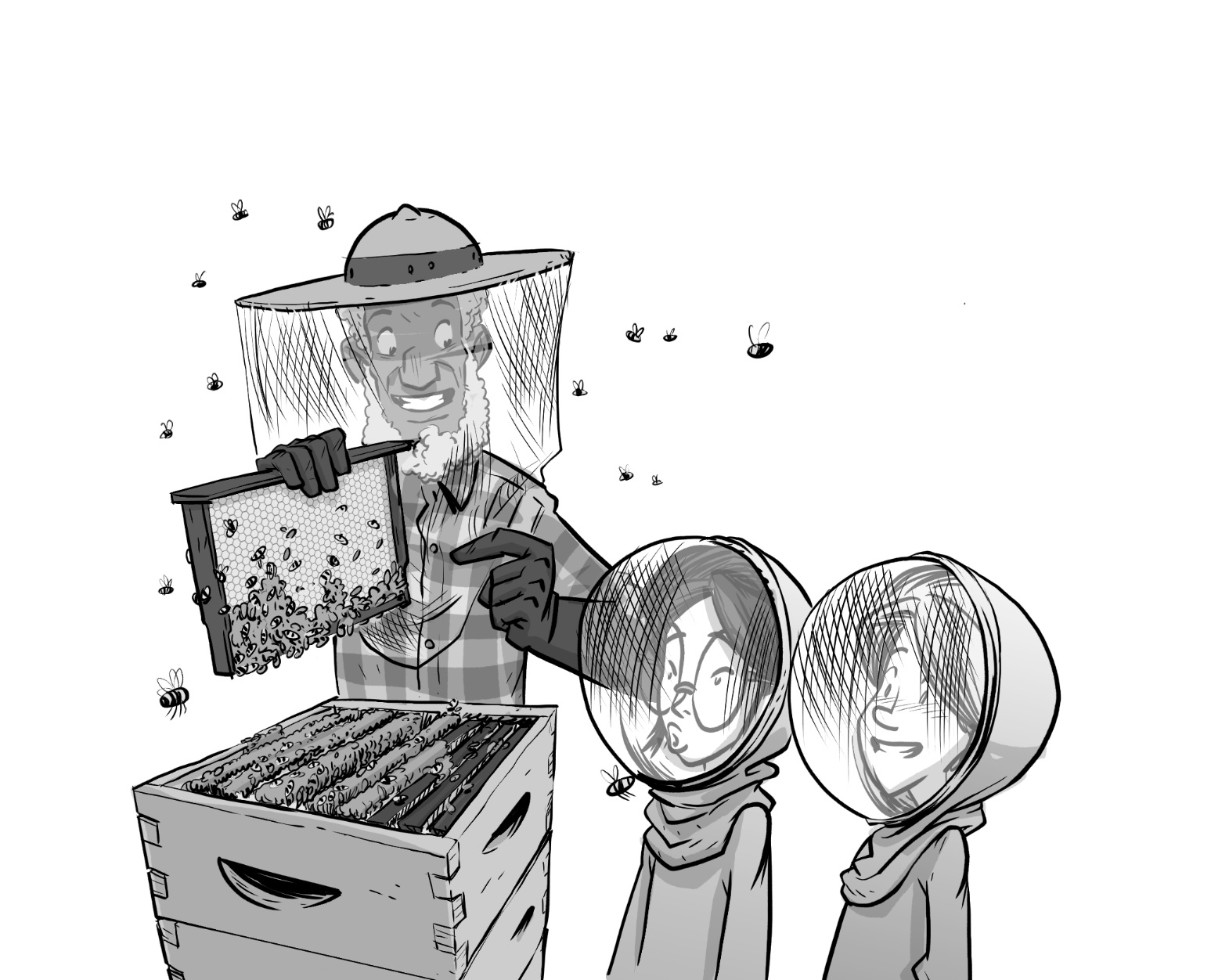 Early in our story, Ozzie introduces Kym and Lizzy to his honeybees. He talks to them about colony collapse disorder, and about the vital role bees play in our ecosystem. It’s all connected, you see. Kym and Lizzy leave inspired to make a difference. 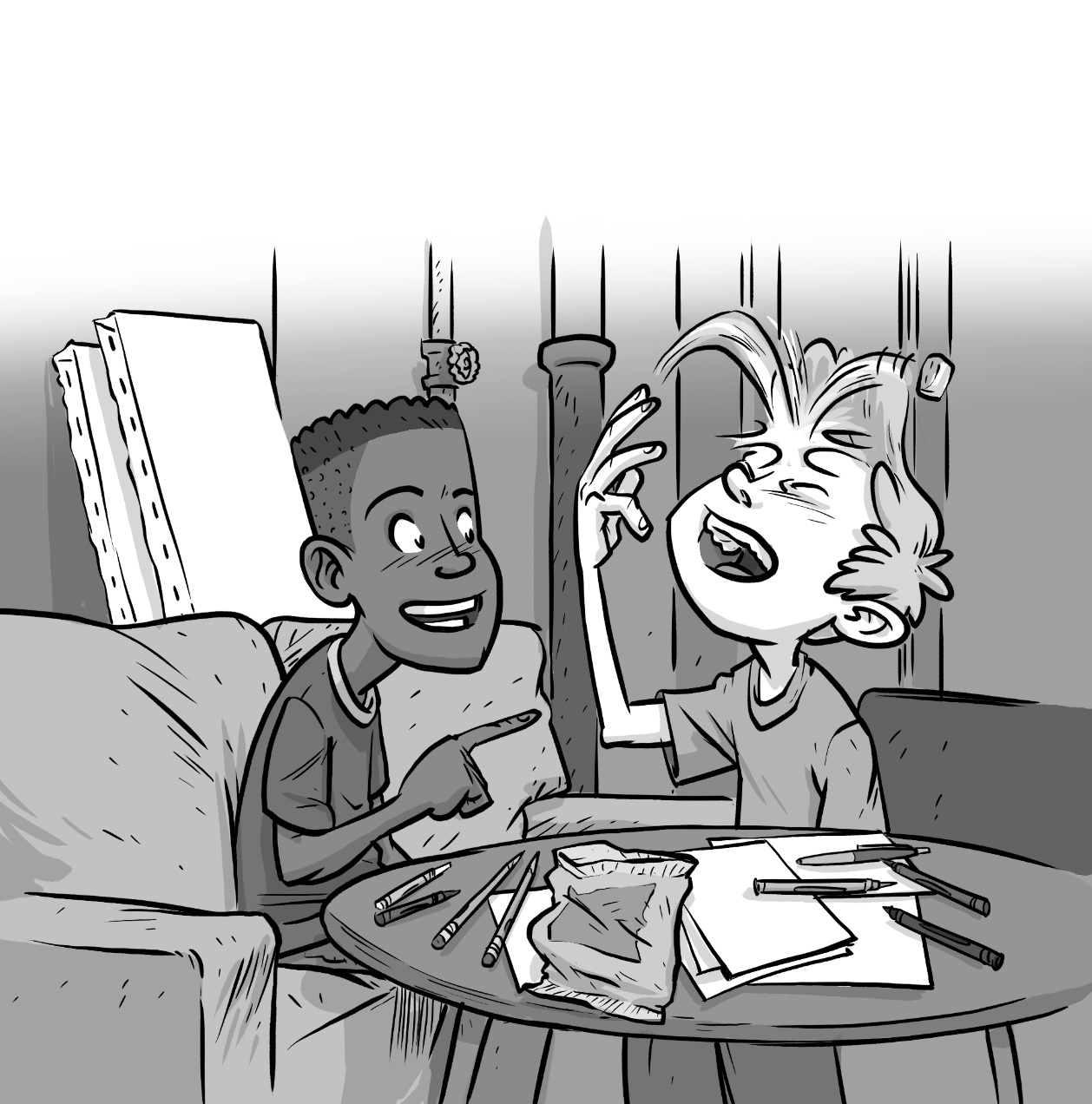 Here’s Deon and Connor, the other two founding members of the “Big Idea Gang.” This series has been noted for its kindness — good kids basically treating each other with respect and cheerful generosity — and Stephen’s art deserves much of the credit. 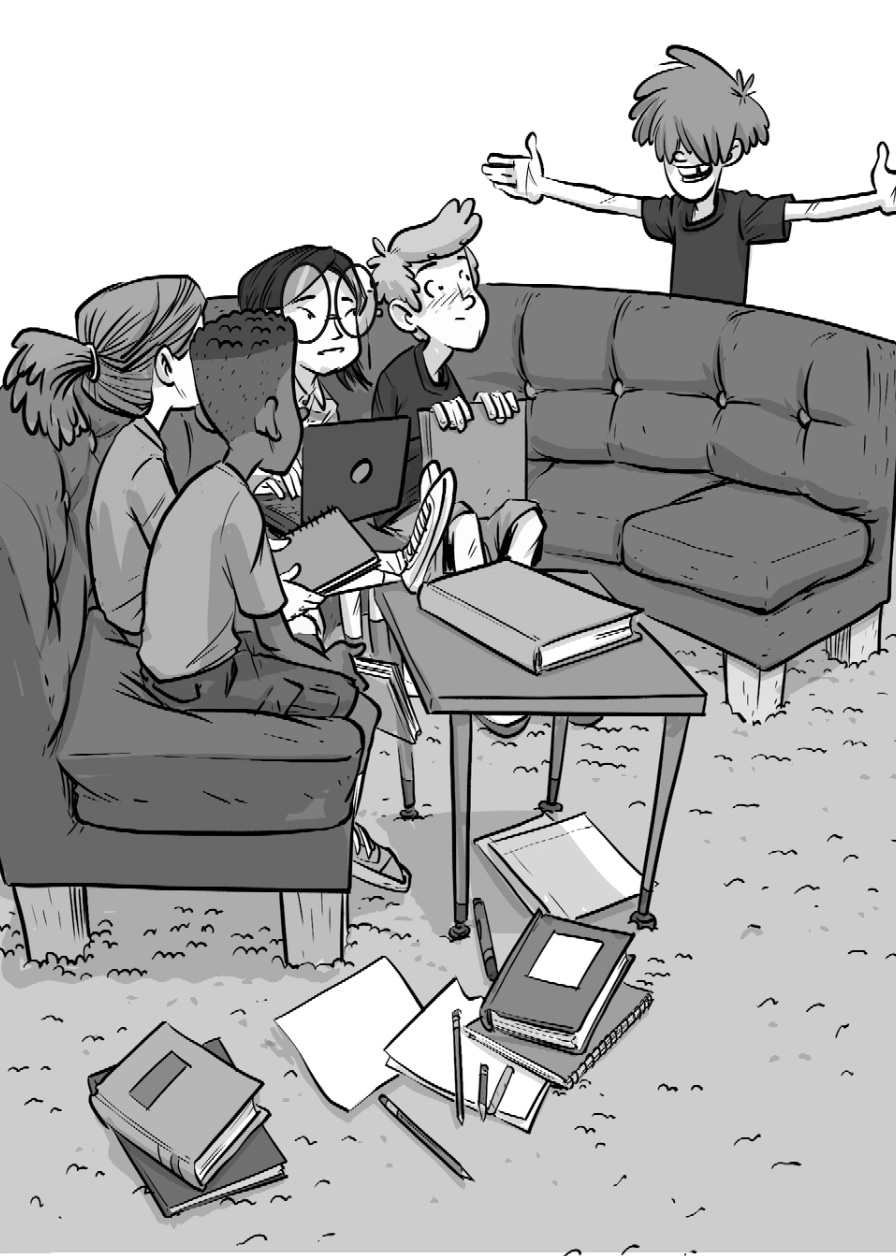 Quick story: This shaggy-haired character appeared in a large-group illustration in the first book of the series, Worst Mascot Ever. He stands up, enthusiastic as a puppy, after Lizzy gives a terrific speech. Understand: He was just a drawing at this point. No dialogue. Just a face in the crowd. But what a face. I decided we needed to meet him, so made him a key character in Bee the Change, based solely on Stephen’s rendering.

And thank you, teachers and media specialists, for giving these modest little stories space in your Book World.