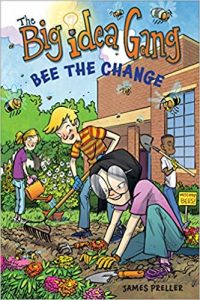 BRIEF EXCERPT from Bee the Change (Houghton, May, 2019), the 3rd book in my new “Big Idea Gang” series. Illustrations by Stephen Gilpin. School Library Connection said of Everybody Needs a Buddy (Jan, 2019): “Abounds with examples of kindness, empathy, friends who listen to each other, and ways to strike up a friendship and to make a difference at your school.”

Meanwhile, in a secret hideout in a galaxy far, far away (well, okay, in Deon Gibson’s basement), two boys sat down with an amazing plan. Connor O’Malley and Deon Gibson decided to create the most terrific, most awesome, most really-really cool superhero comic book of all time.

They were ready to rock and roll.

They had plenty of paper. Pens and markers. Drinks and snacks. Everything two artists could possible need.

“Yeah, what’s that?” Connor asked. He tossed a pretzel nugget into the air and tried to catch it in his mouth. The nugget bounced off his forehead and onto the rug.

Deon smirked. “You are really bad at that, you know.”

There were already half a dozen pretzel nuggets on the floor.

“Don’t worry, I’ll clean it up before we go,” Connor said. 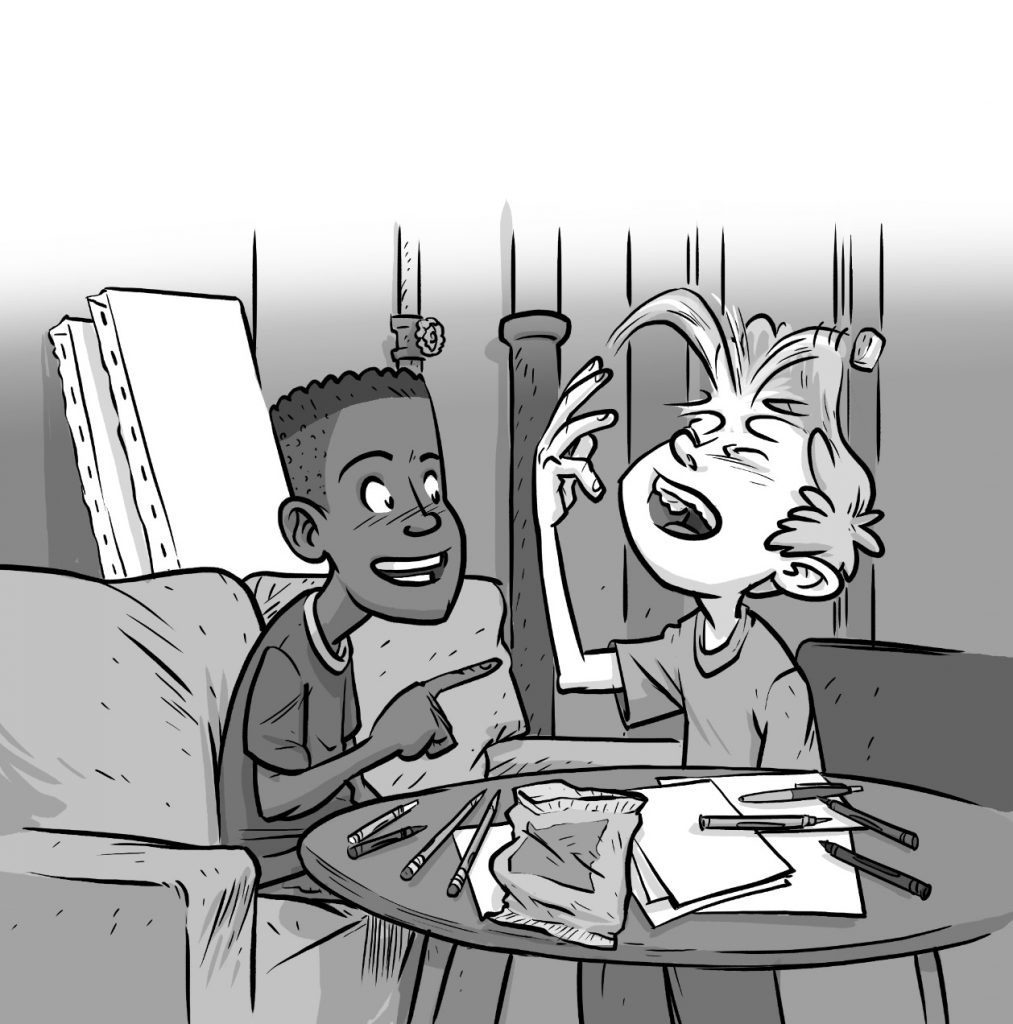 “That’s right you will,” Deon said. “But first, read out loud what we’ve got so far.”

Connor picked up his notebook.

He coughed and began to read. “Deep in his remote hideout.”

Connor stopped reading. He set down the notebook and looked at Deon.

Deon looked back. “That’s it?”

“Not bad is pretty good,” Connor reasoned. “Maybe we should take a break.”

Deon shook his head. “We can do this, Connor. We’ve just got to work at it. Look at the popularity of superhero movies — all making huge money. Iron Man, Thor, Batman, Ant-Man, Black Panther. We need to come up with our own action hero.”

Connor leaned forward. He brought his elbows to his knees, tucked his fists under his chin. “Let’s think of different animals. We can’t use bats and spiders or ants, obviously.”

“Nah,” Deon replied. “I think that’s one of the bad guys in the Spider-Man comics. He crashes into walls or something.”

“Sounds too much like Batman,” Connor said. He tossed another pretzel into the air, lunged to his left, and the nugget hit him in the eye. It seemed to give him an idea.

Inspired, Deon snatched up his markers. He drew a crude picture of a bad guy trapped in green ooze. Deon added a word balloon: “DRATS! I’ve been oozed by green crud!” 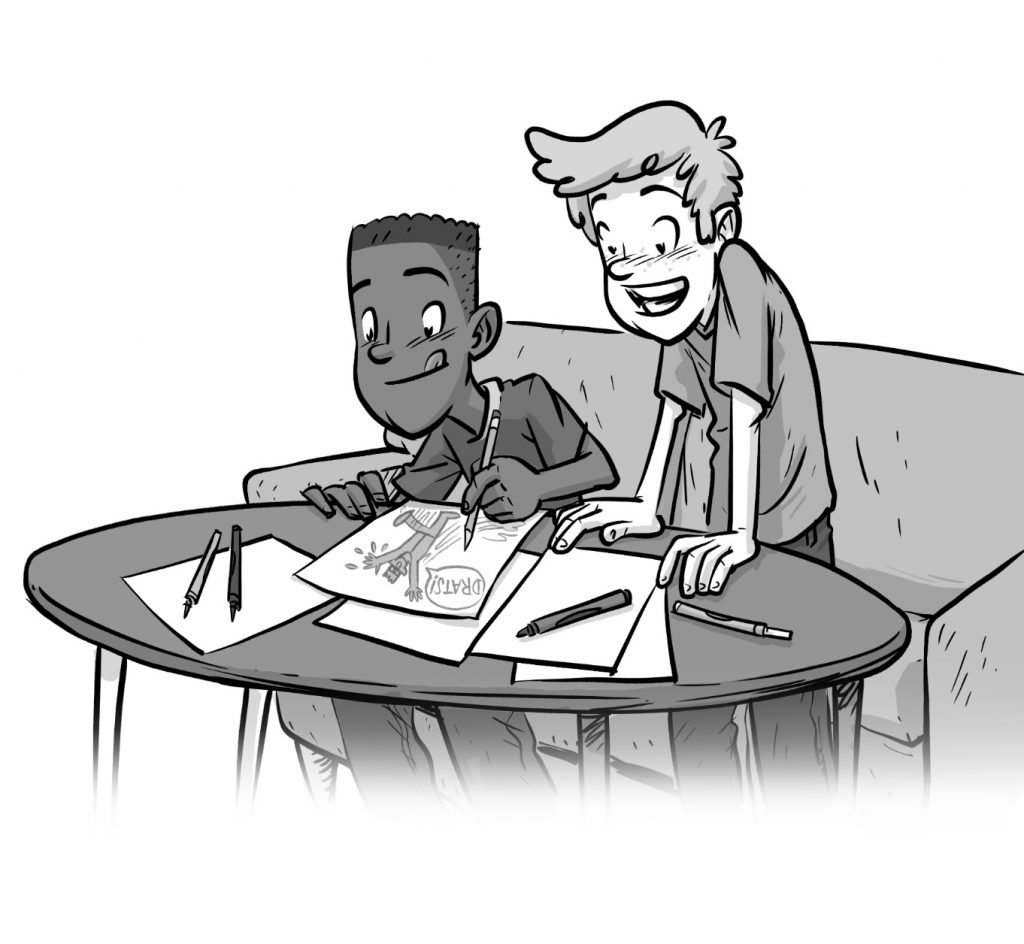 “Great writing!” Connor said, patting Deon on the back. “What about, like, I don’t know, if you added a big long trail of slime?”

“Genius,” Deon said, giggling. He reached for a green marker.

“What other powers should he have?” Connor wondered. He snapped his fingers. “Hey, slugs have those weird antennae, don’t they? Maybe he can hear stuff that’s far away?”

“Yeah,” Deon said. “He, like, senses vibrations in the galaxy.”

That’s how the two friends spent the next hour, laughing, snickering, drawing, and writing. But after a while, their comic book lost steam. Slugs were kind of boring, they eventually decided, even ones with superpowers.

“It kind of looks like a giant booger,” Deon conceded.

“Yeah, I see what you mean,” Connor said, frowning. “Maybe a slug with superpowers is not what America needs right now. These million-dollar ideas are tough.”

Oh well. At least the two friends had a good time.

Connor never did catch a pretzel nugget in his mouth.