The Yellow Balloon: My Walmart Story

About once a year I find myself in Walmart. It’s never a proud moment. But on this day I needed a copy of “Hotel California” by the Eagles, because my son Gavin was practicing the guitar solo. 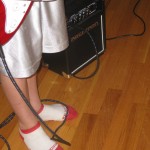 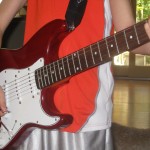 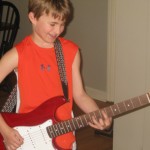 For a variety of reasons, I resorted to Walmart.

One of my problems with Walmart, besides those associated with the Big Box Store economy, is that whenever I’m there I always seem to witness an example of bad parenting. Some small act of cruelty, a slapped hand, a raised voice, or some other terror. It’s just hard to watch.

Back in the car, I prepared to pull out of my parking space. Directly across from me, I saw a small child, not two years old, in a cart with a yellow balloon. He held it the way all young children hold balloons, with gratefulness and wonder. And at that moment, the balloon slipped from his grip.

The boy watched it fall to the ground. He reached out his stubby arms, stretched for the balloon from his seat in the shopping cart. Behind him, a man and a woman loaded the car with groceries. They didn’t see, didn’t know. The boy watched as that balloon drifted a few feet away, tumbling on the asphalt. So near, so far.

I could have gotten out, walked over, handed the boy the balloon. But even as I considered that, his mother realized what had happened. She touched the man’s arm, pointed to the balloon, spoke.

The man frowned, dismissed the balloon with a wave, returned to loading the groceries. He couldn’t be bothered. The mother stood, did nothing. The boy watched as the balloon, a yellow and elusive thing, slowly drifted away, like a promise unkept. He didn’t even cry.

I imagined fetching that balloon and returning it to the child. The smile on his face. I’d play dumb, say something like, “Here you go, little guy.” And to the parents, a shrug, “He dropped it.”

But I didn’t. I just turned the key, drove away, forgot all about it.