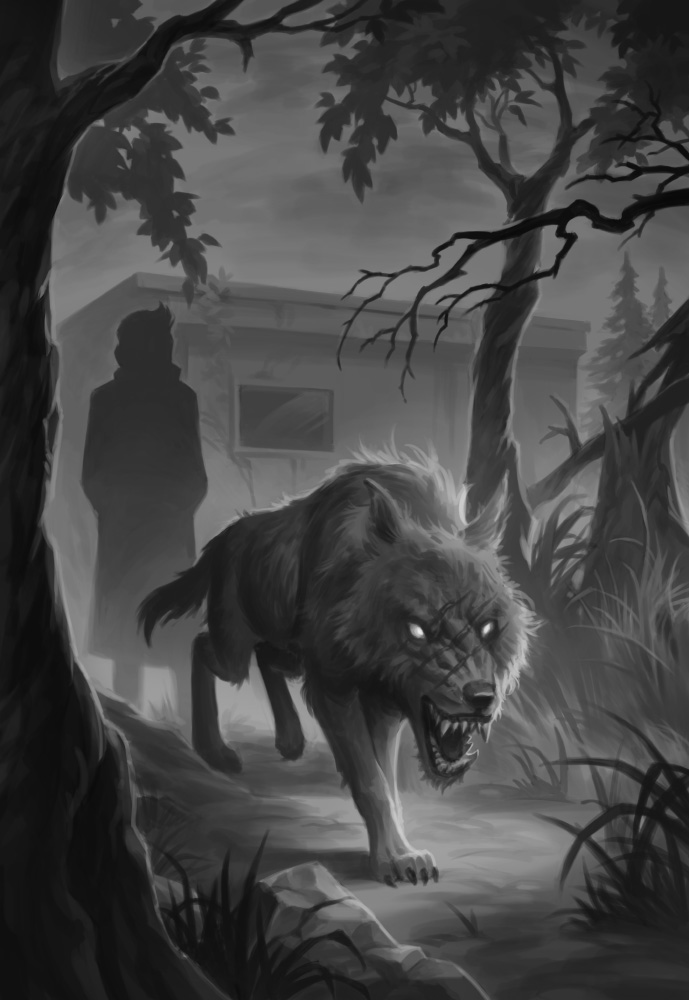 What follows is a brief excerpt from my new book, EXIT 13: THE WHISPERING PINES (Scholastic, February 2023, grades 4-6). The McGinn family, including siblings Willow and Ash and Daisy (their goldendoodle), find themselves in a mysterious motel. The family is caught in a rift in time, trapped in place, but they don’t know that yet. The elevator pitch for this series was “Schitt’s Creek” meets “Stranger Things” — and our first story in the series will take Willow and Ash deep into the dark, dangerous, forbidding woods. In this scene, we’re early in the book, after a fire alarm rouses the guests. Illustrations by Kevin Keele.

Kristoff, dressed in black lace-up boots and a dark trench coat, walked along the length of the hotel, stopping to speak briefly with each guest. They scratched their heads, yawned, headed back inside. At last, Kristoff came to the McGinns. He paused for the briefest of moments as he observed Mr. McGinn’s blazing pink boxers, knobby knees, pale shins. He glanced at Mrs. McGinn, her face covered in a mask of green moisturizer. Something flickered in his eyes. A private joke. “I’m awfully sorry,” he finally said. “There was a small kitchen fire –- nothing, really –- it’s embarrassing — and, well, there are safety protocols to follow. It’s safe to go inside. I’m so sorry for your inconvenience.”

Mr. and Mrs. McGinn were too tired to talk. Feet dragging, they shuffled back into their room. Ash paused at the doorway with Willow. He watched as Kristoff rounded the corner, headed toward the back of the building. Ash shuddered and felt cold all over.

“That’s him,” he whispered to Willow.

“Well, duh, yeah, he’s the cutie who checked us in,” Willow said.
Ash frowned at his sister.

“You don’t have a type. You never even had a boyfriend,” Ash said.

“Did, too. Angel Villar, we had two beautiful weeks together.”

“That was third grade!”

“So?! You broke up with him when he put jelly in your hair during a spelling quiz.”

Willow grinned and held up her hands. “What can I say? We were wild and crazy kids.”

“You used to complain that he farted all the time,” Ash recalled.

“Well, yeah, there was that –- the whole toxic gas problem.” Willow paused, thinking it over. “Maybe Angel was lactose intolerant?”

Ash shook his head. He grabbed Willow by the sleeve and pulled her inside the room. “Anyway, he was the guy I saw outside the window.”

Ash turned serious. “I recognized the way Kristoff walked, like he’s leaning into the wind. And the coat, the way it billowed behind him. He was with that creature with red eyes. I saw those two go into the woods together.”

“You didn’t tell me there was a guy,” Willow countered.

“There was a guy and a creature with red eyes?”

“Yes! And the guy was Kristoff!” Ash said.

Willow eyed her brother thoughtfully. Was he just imaging things? Why didn’t he mention it before? “Okay, color me curious,” Willow said. “Let’s do it.” 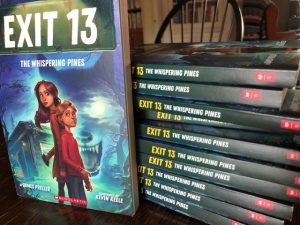