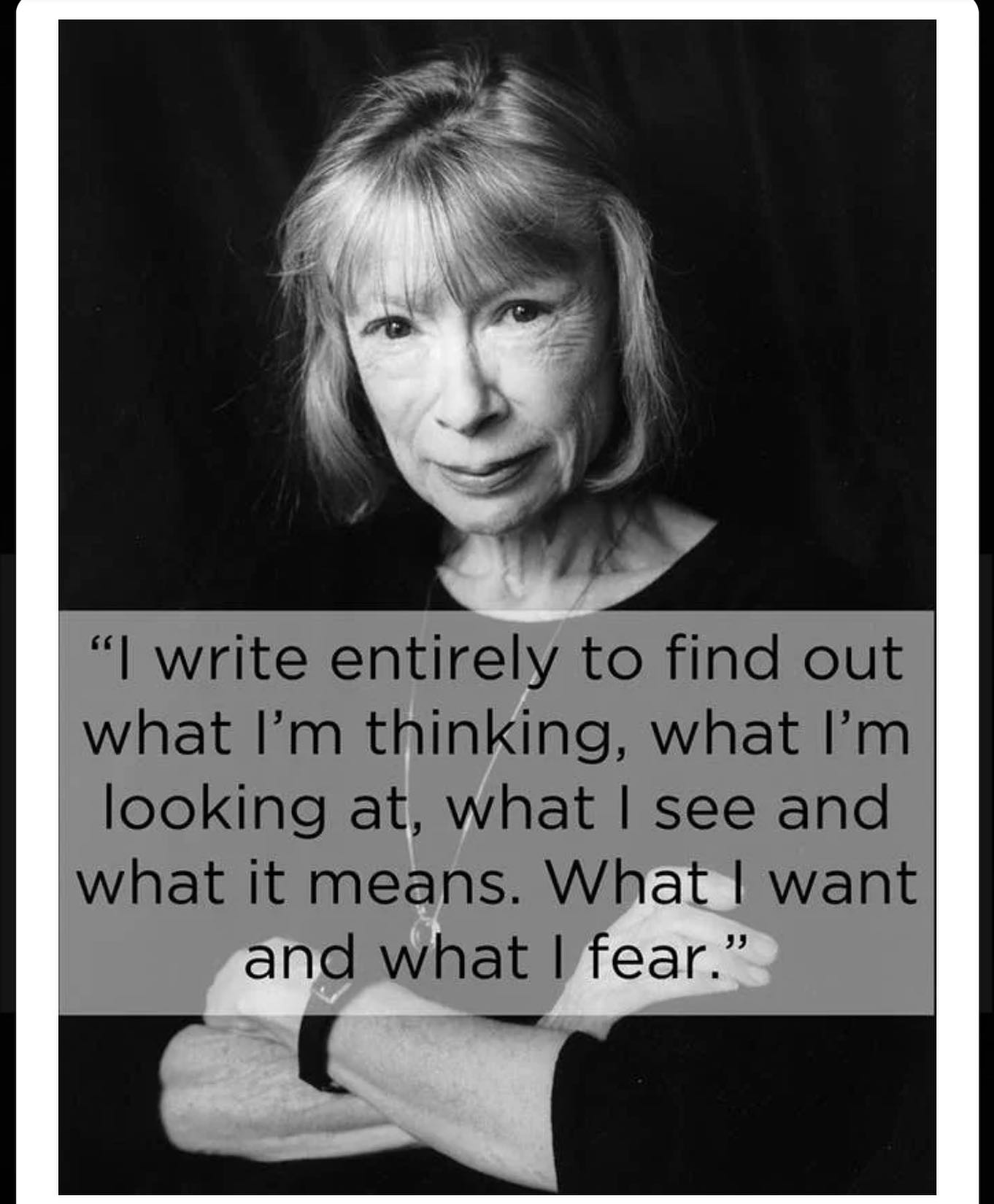 We lost one of our greatest writers today. She was in life, and remains in death, a treasure. Just a remarkable woman.

Regarding that quote up above, it is one of the reasons why I am often paralyzed by the idea of outlines. More and more, publishers require them. A box to be checked. I used to balk at that, because — of course! — how would I know what’s going to happen until I start writing? But I’ve learned that they don’t expect writers to doggedly follow the outline. Editors want a general idea — and, yes, managing editors certainly like to check off that box. A way to keep things moving along the conveyer belt.

When writing, I always have a plan. At least for that day, that scene, that chapter. An idea of what I want to accomplish, the ground I need to cover. And I always have a more general idea of where I hope to end up.

A metaphor: I’m in a sailboat, I’m aiming for an island in the distance, but the currents are strong and the wind is kicking up. I might get blown off course. And even in the best circumstances, I’ll have to tack back and forth; I won’t get there in a straight line.

Just today, in fact, I was finally ready to begin outlining the final chapters of a book that’s two-thirds finished. So rather than blasting out a lot of words, I spent the day plotting in detail that final sequence of events. It took that long for me to reach that level of clarity, far different from anything I might have imagined, or “outlined” to my editors, three months ago.

I noticed how much of the original outline didn’t make the final draft. Some ideas (and characters) got crowded by other (hopefully) better ideas.

Writing as discovery. A way to find out. A path into the deep, dark woods. For me, it’s impossible to plan in advance what exactly I might find there. 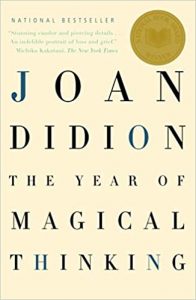 If you have not read The Year of Magical Thinking, that’s a terrific way to meet Joan Didion. But there are many avenues of entry. You can’t go wrong. Just pick up something/anything that she’s written . . . and start reading. 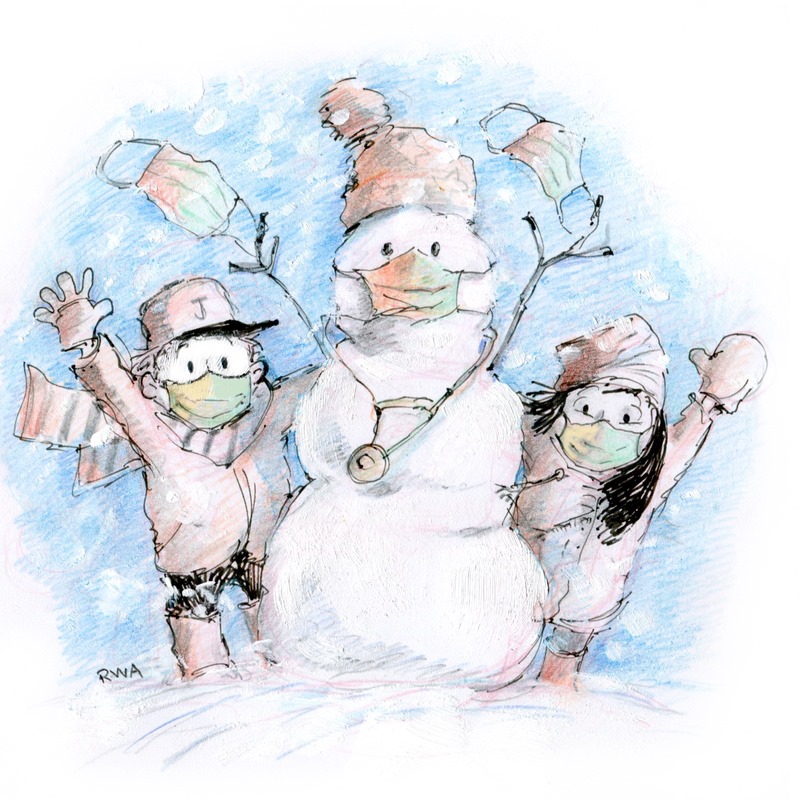 If it feels like I’m repeating myself — like we are caught in some “Groundhog Day” time loop — it’s only because it’s true.

I posted this piece of art, by the wonderful illustrator R.W. Alley, a year ago around this time.

Then things were looking up for a while. But now? Here we go again.

I’m encouraged by what I’ve read about Omicron. Highly contagious but, hopefully, not quite as devastating for most people. 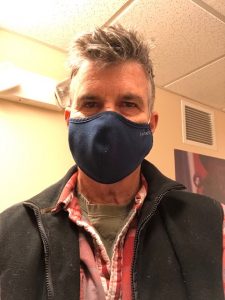 My wife is in the health field. She’s been wearing a mask all day at work for a long, long time. Often it’s one of those tight N95 jobs. When I want to complain, I think of what she goes through on a daily basis and shut my mouth. I slip on my cloth mask, zip into the hardware store, buy my duct tape, and I’m free. I do what I’ve been asked to do by public health officials. They know far more about this than I do.

I do it to keep myself safe. My friends and family. And everyone else, too. It’s that simple.

Have a happy holiday and a lovely winter. I know that some of us feel weary of it. Sick and tired. But we will get through this. After all, we’ve got our friends, our families, and books! 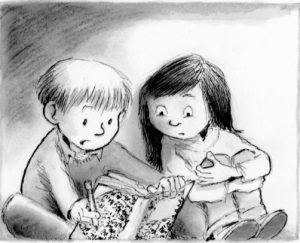 Lots and lots of books.

I mean to say: thank you for coming around here. For the support. For the many kindnesses. The best gift you can give to an author is reading one of his or her books.

Any one you want.

I am so very grateful for that. I don’t take it for granted, not for a single moment.

Sweet Note from a “Retired” Teacher: (I Don’t Think the Good Ones Ever Really Retire)

This sweet note, out of the blue, made me feel better about everything.

Good morning James,
I had written to you last year regarding word choice in one of your books. I have recently retired and subbing one day a week. My task is to buy books and target reluctant readers. I thought I’d share with you my growing collection. The students are really enjoying them.
Thank you,
C
– 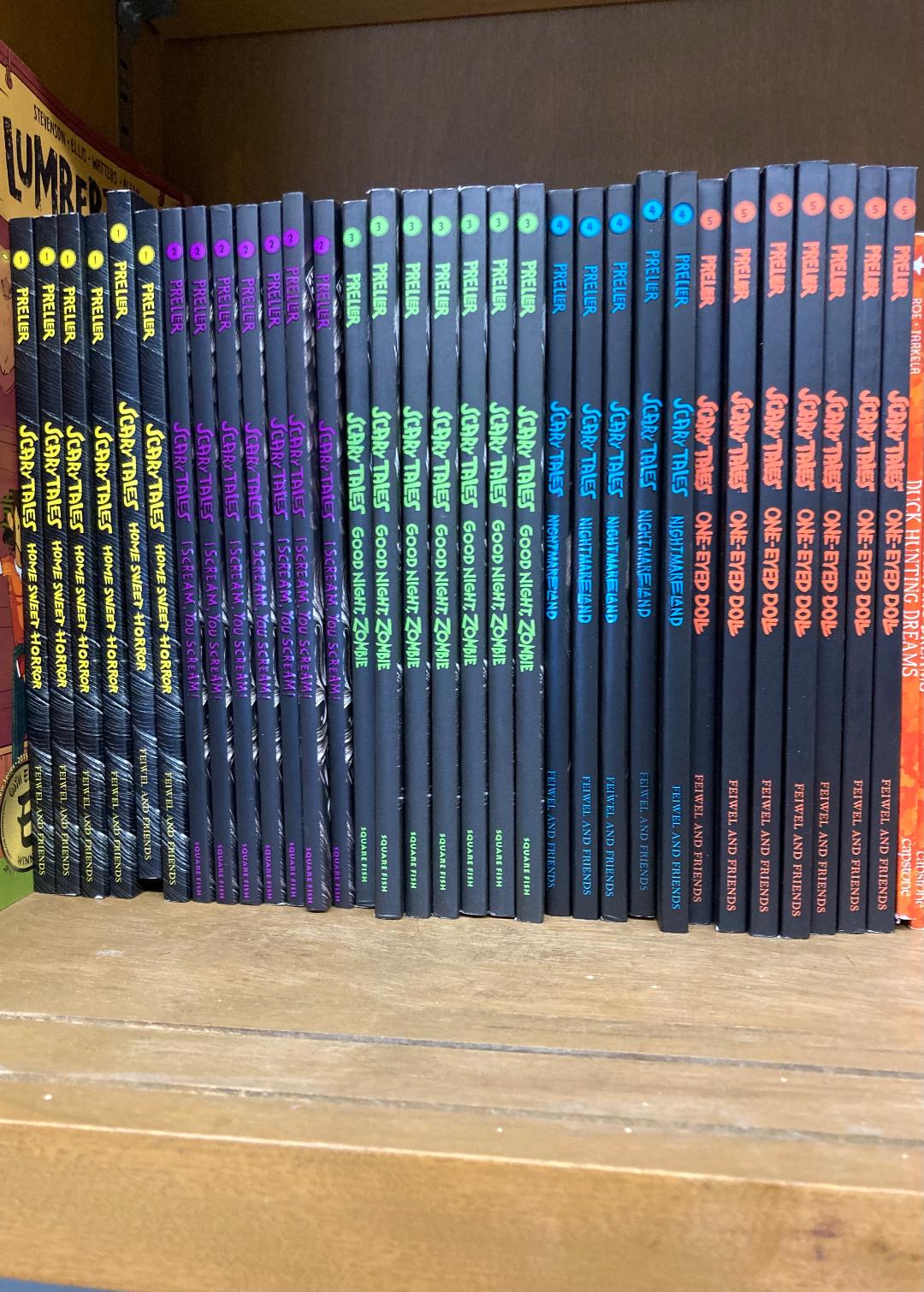