Welcome, Fearless Readers! Here we are nearing the ghostly season when things go bump, and squish, and hooowl in the night.

I wish remind educators and young readers that the books in my “Scary Tales” series will make your life better by upwards to 63% or less.

No one gets murdered in these stories, everybody comes out okay, but the suspense might rattle your cage. Here’s how you can win a free book.

Could anything be better?

I’ll show six illustrations by the great Iacopo Bruno, one from each of the “Scary Tales” titles in random order. Below that, I’ll list the titles. You or (hopefully) your students or children need to match the illustrations with the correct titles. Then send an email to me at Jamespreller@aol.com under the subject heading SCARY TALES. Entries must be received by October 20th. On that date, I will send a signed book to six randomly-selected fearless readers who respond with the correct answers.

Please feel free to share this page with friends and foes and fish and fowl alike. 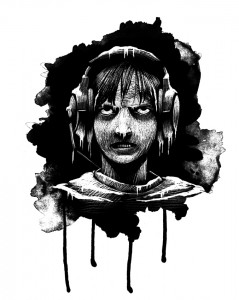 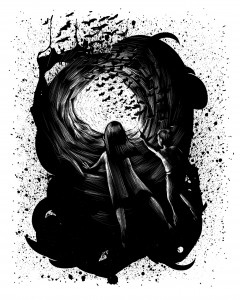 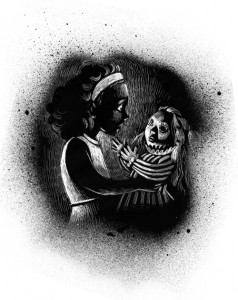 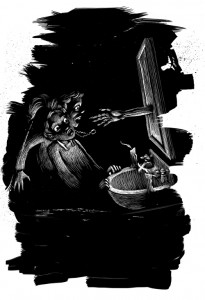 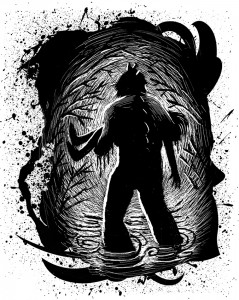 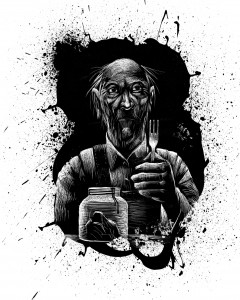 Now match the illustration to one of these six titles: 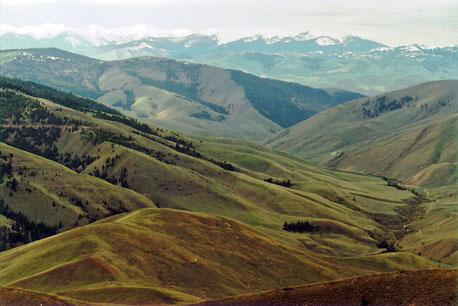 Grateful for Another Positive Reading of “The Courage Test”

I’m extremely grateful to Jack Rightmyer for this generous review of my new book, The Courage Test, in a recent edition of the Albany Times Union newspaper.

An author sends a book out into the world. After that, there’s very little control over what happens next. Reviews, awards, invitations to speak at schools. Or sometimes, the cluttered, dusty world simply coughs and shrugs with indifference. Out of print, forgotten. Ultimately, I always hope for readers, it’s really all any author can ask. Articles like this one below do so much to help that hope become realized.

Most American authors get around to it eventually, the road novel, where two different characters set out on a journey to discover the country and more importantly to figure out who they are.

“We’re a car culture,” said local young adult and children’s author James Preller. “Americans love to be on the road. It’s awesome. This was my first attempt at writing the quest/journey book, and I loved the structure of it. My two characters were attempting to get to the West Coast. It’s a plot with built-in drama and the myth of the eternal return home.”

This is Preller’s fourth book for children ages 10 and up. Seven years ago he hit it big with “Bystander,” a book about bullying just when the topic was hitting a fever pitch around the country. Two years ago, he wrote “The Fall” about teenage suicide. His latest book, “The Courage Test” (Feiwel and Friends, 224 pages, $16.99), is a father-and-son journey along the Lewis and Clark Trail from Fort Mandan to the Pacific Ocean.

“I really wanted to write a father/son book,” said Preller, who lives in Delmar and is a parent to three teenagers. “I got the idea after reading Roald Dahl‘s book ‘Danny the Champion of the World.’ I loved the relationship of the father and son in that book, so I created two characters and set them out on the Lewis and Clark Trail.”

The story is told from 15-year-old Will’s point of view. He’s not too happy to stop playing on his summer baseball team to take a cross-country trip with his dad, who has recently left his mom and has a new girlfriend. Will’s dad is a professor and an expert on the legendary explorers Lewis and Clark. He thinks it would be good for his son to do something difficult like hike in the backcountry and go whitewater rafting.

“I want readers to like Will, even if he’s a bit of a jerk at times,” said Preller. “There’s a natural tension between a teenager and a parent, and I want the reader to sense that.”

Will and his dad don’t have much in common. “Will’s dad tends to lecture like he’s standing in front of a class, and he doesn’t care at all about baseball. My dad was like that. I learned my love of baseball and how to play the game from my mom. When my dad would throw a baseball to me, he was awkward and uncoordinated, and I’m sure I looked at him in a strange way. My kids look at me that way today when I sometimes butter my bread.”

Preller did an enormous amount of research on Lewis and Clark before writing the book. “I’d love to say I got in a car and traveled the route I wrote about, but no one was paying for me to take that trip,” said Preller. “What I did was read blogs, look at maps and photos of the Lewis and Clark Trail. There are so many resources on hand today. As I wrote the book, I felt like I was on the trip, and as a writer, I was able to use my imagination.”

Some of the plot takes place while the characters are whitewater rafting, and there is even an encounter with a bear. “I’ve gone rafting. I’ve seen bears. I’ve been to Montana, so I’ve experienced the essential feelings of what these characters were going through,” said Preller.

What readers begin to discover as they read this book is that Will’s father is bringing his son on this difficult trip to toughen him up for some hard times ahead. “Will’s dad is a bit of a geek, and he really does believe his son will be a stronger person by following in the footsteps of Lewis and Clark. That might be a bit idealistic,” said Preller, “but the essential experience is spending time alone with his son where they can face this hardship together.”

In researching this book Preller read numerous books about the Lewis and Clark adventure. “At first I thought they were only a metaphor for the plot of my book, but the more I read about them the more I was impressed about these explorers. They were amazing and flawed individuals, and I decided to include a lot of information about them throughout the book.”

He was impressed with how detailed their daily journals were as they explored the unknown territory of the West. “Lewis could hike 20 or 30 miles a day then journal and draw incredible pictures of the plants and animals he had encountered. He read the stars to figure out where they were on a map. There were many locations where they could have turned back, but they kept going right through dangerous Indian territory and up and down the Rocky Mountains.”

Preller has had a successful career as a writer for over 20 years. His Jigsaw Jones series for beginning readers has sold millions of copies, and new editions will soon be available. He has also recently completed a series of Scary Tales that are always popular around Halloween.

“One of the great joys of writing for young people is the opportunity to visit schools throughout the country and meet your readers,” said Preller. “I tell my young readers to write from your heart. Write something that means a lot to you, and read every day.”

A NOTE OF CLARIFICATION: My children are Nick (23), Gavin (17), and Maggie (15). In addition to picture books and series titles for younger readers, these are my other middle-grade titles: Along Came Spider, Six Innings, Bystander, Justin Fisher Declares War, Before You Go (YA), and The Fall (now in paperback).

As anyone who knows me can attest, I’m pretty thrilled to be invited anywhere. I’ve just reached that point in life where I’m excited to get out of the house. The wife ties a cow bell around my ankle, stuffs a hunk of stale bread in my pocket, and tells me to go have a good time.

And I wander off, blithe as a badger.

This Saturday I’ll be grabbing an audiobook and making that drive down 87 to fabled Chappaqua for their annual Children’s Book Festival. It’s a good one, believe you me!

(Did I just type, believe you me? What’s happening to my fingers?)

You can be one of the first people in all the world to purchase an autographed first edition of my book, The Courage Test. It’s been out a week and is already in its second printing. So, you know, it’s kind of a big deal.

(Hey, I wonder if Hillary will stop by? She reads, right? Not like the other one.)

Please be sure to  say hello! 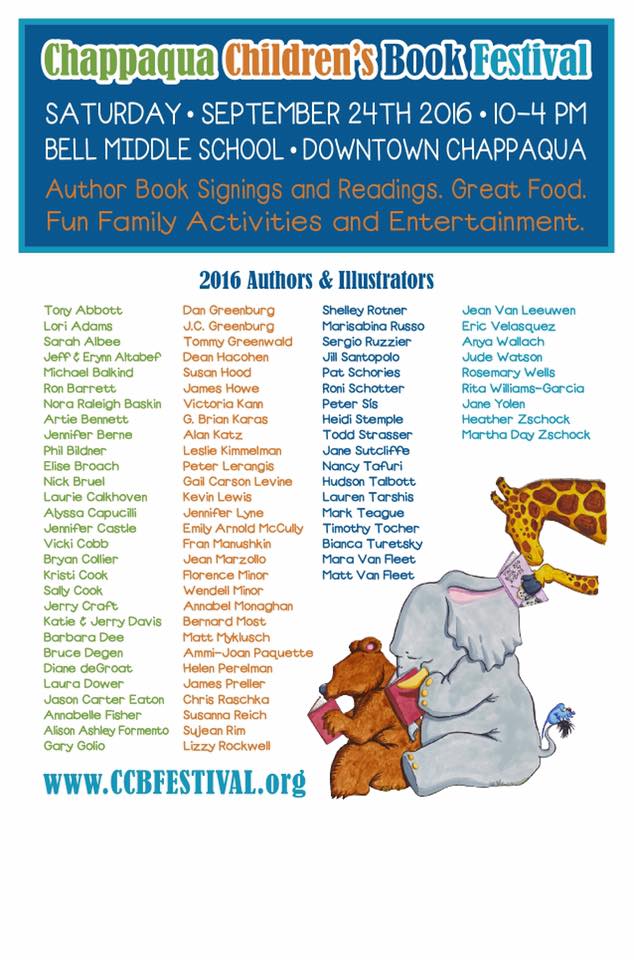 Free Teacher’s Guide for THE COURAGE TEST — Only a Click Away!

The good folks at Macmillan Publishers have created a free, downloadable Teacher’s Guide for The Courage Test (just published today!).

That’s right, sing it with me:

“Happy birthday to you!

Happy birthday to you!

Happy birthday to you!” 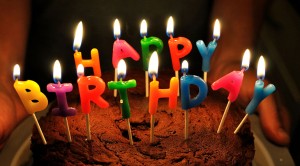 “This guide is aligned with Common Core Standards for 6th grade but can be applied to grades 4–7. To attain specific Common Core grade level standards for their classrooms and students, teachers are encouraged to adapt the activities listed in this guide to their classes’ needs. You know your kids best!” 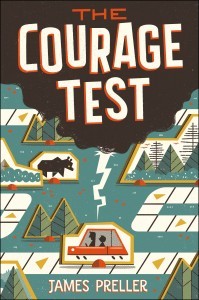 Thanks for your interest and support. Teachers and media specialists are so important to the process of bringing books and students together, I really don’t have the words to express my indebtedness. My survival as a writer — this crazy career — depends on you. My hope is that teachers will share this book with students, and use it in your classrooms.

Just CLICK HERE and the Teaching Guide is yours, as easy as that!