Come to the Bell Middle School in Chappaqua, NY and celebrate reading with some of the area’s most fabulous authors (and I’m crashing the party!). 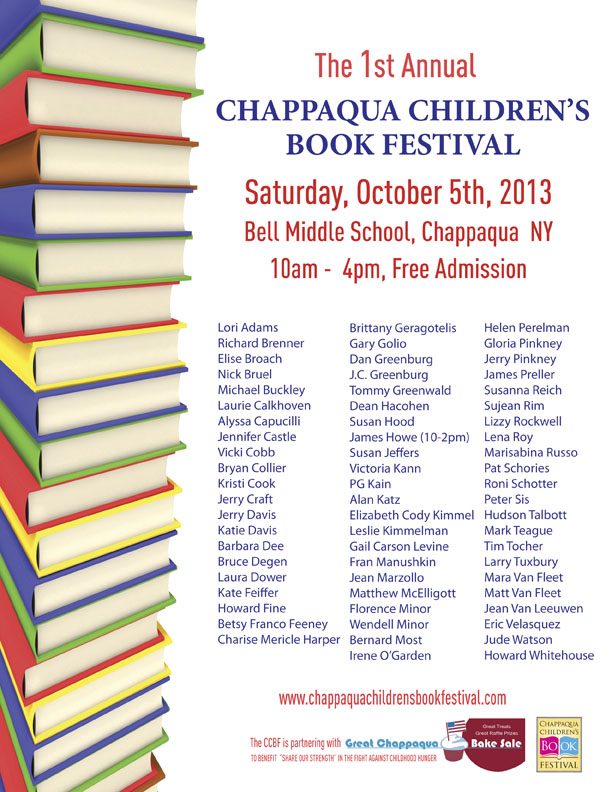 This particular festival has risen from the ashes of the great, departed Sunnyside Book Festival in Tarrytown, which I dearly loved.

Here’s to new beginnings. If you are around, please stop by and say hello. 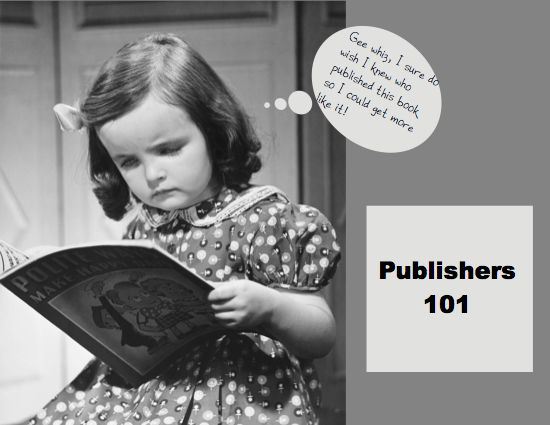 The Lively Arts Series at Suffolk County Community College will present Jigsaw Jones: The Case of the Class Clown in the Van Nostrand Theatre on the Michael J. Grant Campus in Brentwood on Sunday, October 5, 2013 at 1:00 p.m. and 3:00 p.m.

Athena Lorenzo has been slimed and she doesn’t think it’s very funny. Someone in Ms. Gleason’s class is playing practical jokes. Theodore “Jigsaw” Jones claims to be the very first detective in the whole school. It’s up to Jigsaw and his friend Mila to investigate the sliming and track down the class clown. Brimming with music and charm, this show is perfect for students in grades 1-4.

General Admission is $8.00; senior citizens and SCCC faculty pay $7.00. SCCC students with current I.D. are entitled to one FREE ticket. For more information, please call the Van Nostrand Box Office at 631-851-6589 or visitwww.sunysuffolk.edu/spotlight. 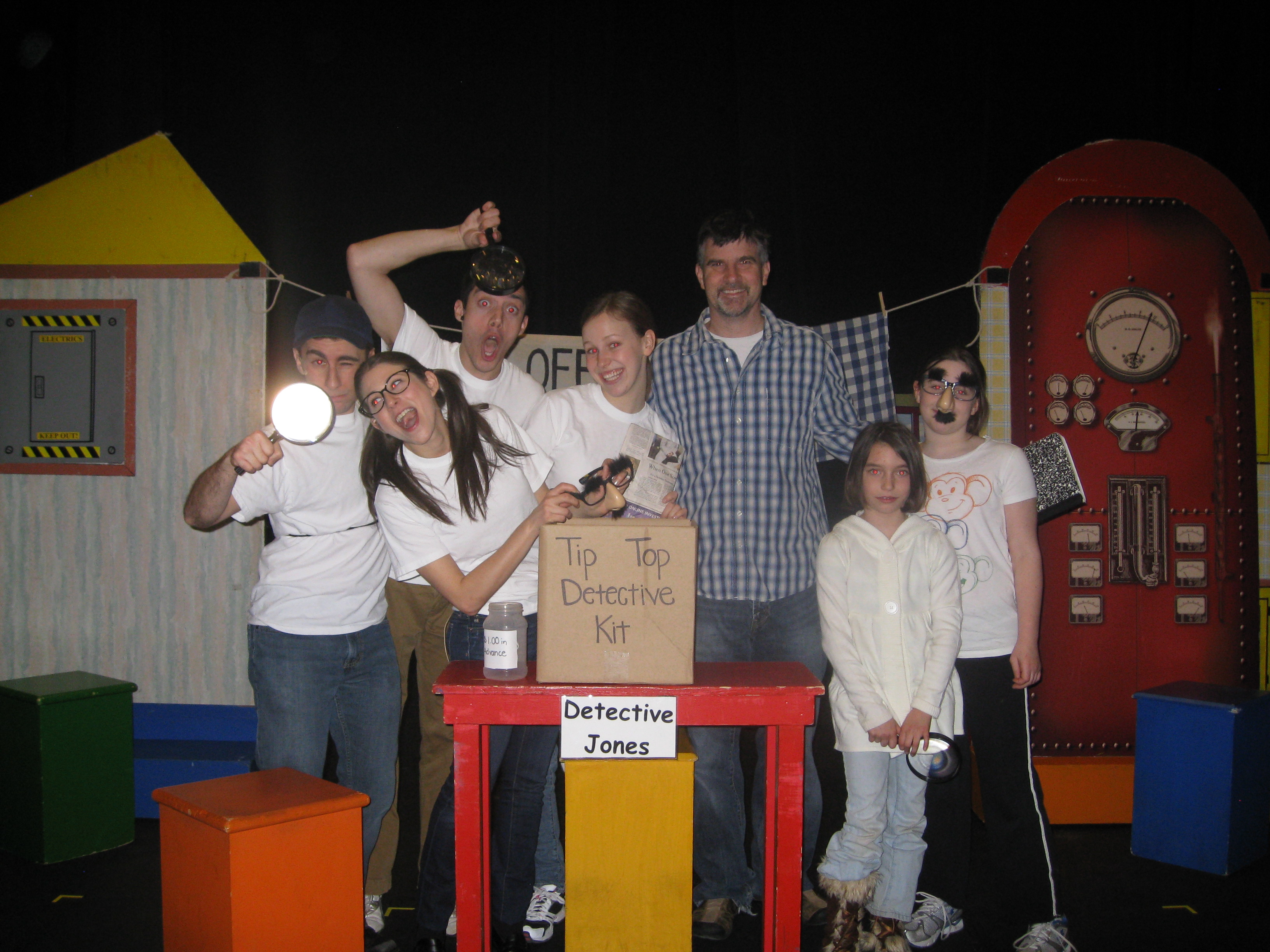 For more background, here’s a link to an old post written after I attended the show back in 2010. I actually thought it was pretty entertaining and heartfelt. Thumbs up. Both of ’em!

And Now There Are Three

My agent — who prefers not to be identified — in fact, she has asked me never to call her again — or even wave to her in public — says that “three is the magic number.”

There may be something to it. The third book makes this feel like an actual series, instead of two books that sort of look alike. You can begin to see what’s going on.

Confession: The number I’ve been stuck on, and this makes no logical sense, it’s just a number I latched on to from the outset, is twenty. I felt like I needed at least 20 books to establish what I am trying to achieve here. I want variety and the range, different genre under the large “scary/creepy/strange” umbrella. I want the books to be different, but they must also hang together as a family.

Anyway, today’s post has been brought to you by the number 3. I took this photo with my phone in the kitchen today, while talking to my 9th grader about his fantasy football team. It’s how we roll.

If you want to purchase any of these books, I want to say . . . thank you. Seriously, thanks. I really believe that kids will enjoy them. Not like my other books! 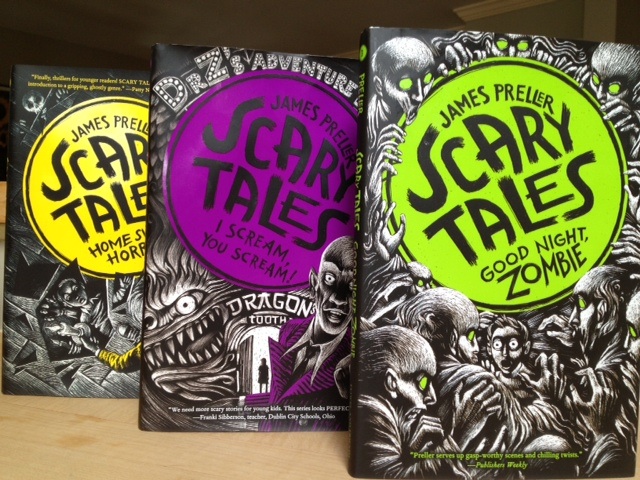