Stories Behind the Story: The Case of the Snowboarding Superstar

As part of a continuing (read: sporadic) series of posts, I take a look back at old Jigsaw Jones titles with the intention of providing my Nation of Readers with more “extra juicy” background info.

If you are like me, you might gag at the thought of yet another writer describing his “creative process.” There is something oh-so-wearying about it. The phrase, “Don’t be a gasbag,” leaps to mind. But let’s see if I can pull this off without too much self-aggrandizement. The simple truth is that I am proud of this series and I sometimes (often?) wonder how much longer they’ll be around. I see this blog as document, as archive. 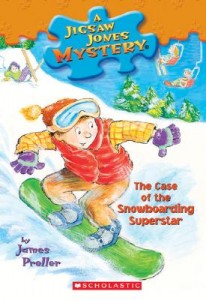 Today’s title is seasonally appropriate, Jigsaw Jones #29: The Case of the Snowboarding Superstar. It begins with Jigsaw chatting with two of his brothers, Daniel and Nick, as they prepare for a family ski vacation.

Some background: My father was a veteran of World War II, who returned home, got married, went to college on the G.I. Bill — a great investment by the Federal Government, by the way — and looked with my mother for a nice place to settle down and raise a family. Suburbia, preferably. He found a newly-built home in Wantagh, Long Island, designed after the Levittown model (for a fascinating history on that, click here). They bought a three-bedroom house for somewhere along the lines of $12,500.

One problem: My parents kept having children. Seven in all. It got crowded. At one point when I was still quite young, my folks slept in the back bedroom, my two sisters (Barbara and Jean) shared a small room, three boys had the front room (John, Al, me), and my father turned the garage into a bedroom for the oldest boys (Neal and Bill). I have strong memories of those early childhood days, sharing that crowded room with two big and somewhat mysterious brothers.

Below, here’s my whole family except for Mom, 1967. We always dressed that way! I shared a bedroom with the two goons on the right — don’t let the ties fool you. 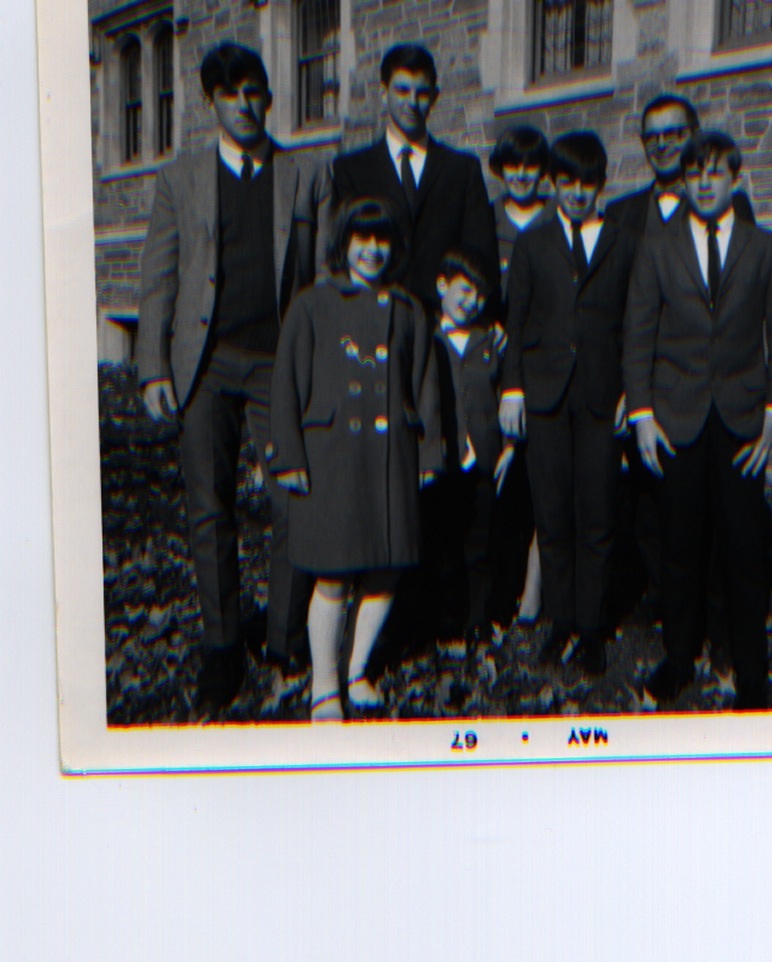 The dynamic in the book’s first chapter, with two older brothers schooling Jigsaw, springs directly from my sense of those times.

They are teaching Jigsaw how to talk cool, in the snowboarder’s hipster jargon:

“Let us quiz you, Jigsaw,” Nick said. “What do you call someone if you don’t know their name?”

I thought for a moment. “Dude,” I answered.

“It’s when you fall into the snow face-first.”

“It means very, very cool,” Nick explained. “Do you smell me?”

I sniffed, confused. “What?”

“Do you smell me?” Nick repeated. “It means, do you understand?”

“Not exactly,” I groaned.

In the next chapter, Jigsaw gets to try out his new language skills on Mila Yeh, his partner and best friend:

“Snowboarding,” I corrected her.

“It sounds hard,” Mila said. “I hear that beginners fall down a lot.”

“It’s the opposite of wack,” I explained.

Mila sniffed. “Well, now that you mention it, you do smell a little ripe.”

Don’t they have a nice friendship? Anyway, some random things:

* I loved the setup for the book, with Jigsaw away from Mila for the first time. It gave the book a different shape — and put Jigsaw in a tough situation. After all, this was #29 in the series, so I was eager to find new ways to keep it fresh. I know that some successful series, like The Magic Tree House, tend to follow a more rigid formula. And I understand the reasons why that’s appealing and reassuring for young readers. But it just wasn’t me. For better and for worse, I kept trying to mix things up.

* Mila mentions to Jigsaw that she’s practicing for a piano recital. Her song will be “The Maple Leaf Rag.” This comes from my son, Gavin, who also played that song in a recital.

* Grams and Billy are left behind to “mind the fort.” This expression, used by Mr. Jones, was something my father commonly said. I love his old verbal habits, the phrases he often used, and I try to keep them alive as best as I can — more than ever now that he’s gone. It’s a way of keeping that connection alive. I hear those phrases and think of Dad, all the more so when his words come out of my mouth.

* I once edited a book on snowboarding, written by Joe Layden. I learned a lot about the sport in the process, so it was comfortable territory for me to explore in the context of a Jigsaw Jones mystery. 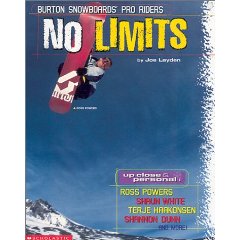 In my story, a star snowboarder named Lance Mashman (love that name!) is at the lodge for an upcoming exhibition. However, someone steals his lucky bandanna — and with it, his confidence. While working on No Limits, I was impressed by many of the top female snowboarders, such as Shannon Dunn and Victoria Jealouse. They had a vitality and strength that inspired me, qualities I love to see in my own daughter. Also, they conveyed a refreshing take on competition, much different than you normally hear in the context of traditional athletics. So I invented the character of Tara Gianopolis, a rival to Lance, and a very cool young woman: 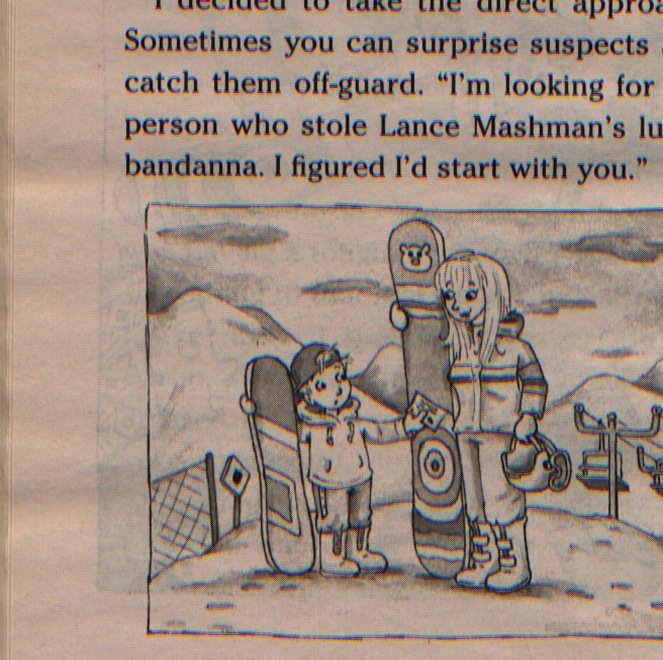 Tara shook her head. “Man, you don’t know much about snowboarders, do you? This isn’t like football or basketball. We’re athletes, but we’re just trying to be the best we can be. It’s about nailing a backside rodeo or pulling off a perfect McTwist. It’s not about winning medals or beating people. It’s about freedom and creativity.”

“I care, I guess,” Tara said with a shrug. “But as long as I ride well, I’m okay with whatever happens.” 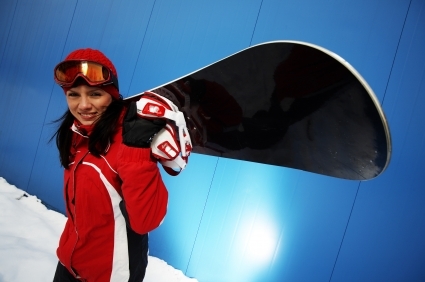 * One of the suspects turns out to be Lance’s manager, Bubba Barbo, named in honor of my former editor, Maria Barbo. Once again, that’s a great aspect of writing mysteries. The genre forces the detective out into the world, this moral compass encountering life, making observations, going places, meeting new people all the time. As a series writer, that holds tremendous appeal — new characters in every book. Here’s a snippet from a conversation between Jigsaw and Bubba:

“It sounds like you think Lance is annoying,” I commented.

Bubba growled. “I don’t think he’s annoying. Lance is annoying. He’s always late. He drives me up a wall and across the ceiling.”

Bubba made a face. “Whaddaya, kidding? I love the kid,” he said. “Lance has talent. He’s a genius on a snowboard. A great athlete. And besides that, Lance has heart. He’s good people. You know what I’m saying?”

Yes, I knew what Bubba was saying. “I heard that he fired you this morning,” I said.

Bubba stepped back, surprised. Then he laughed out loud. “Lance fires me every week and twice on Sunday,” Bubba claimed. “It doesn’t mean anything. We’re a team.”

For fun, here’s a clip of Victoria Jealouse (and others) in action:

Click below for other posts in this series. Some day I’ll get around to every book:

Jigsaw Jones #7: The Case of the Runaway Dog

Jigsaw Jones #15: The Case of the Haunted Scarecrow

Jigsaw Jones #16: The Case of the Sneaker Sneak

Jigsaw Jones #28: The Case of the Food Fight

Jigsaw Jones #10: The Case of the Ghostwriter