A Conversation About Book Covers with Illustrator Deborah Lee, A Rising New Voice in Children’s Books

Back in the halcyon days of school visits, I’d often get questions about my book covers. People tend to assume that the author sits back in a stuffed leather chair, calling the shots. That’s far from the truth — I only sit on cinder blocks! My shorthand answer is that as an author, I’m responsible for the interior of the book. Every single page. But the cover? That’s the publisher’s. They’ve invested money in the book, talked to sales representatives, editors, designers, artists, bean counters, and endured actual meetings. Seriously. They go into windowless rooms and hammer it out. They want to sell the book, too. 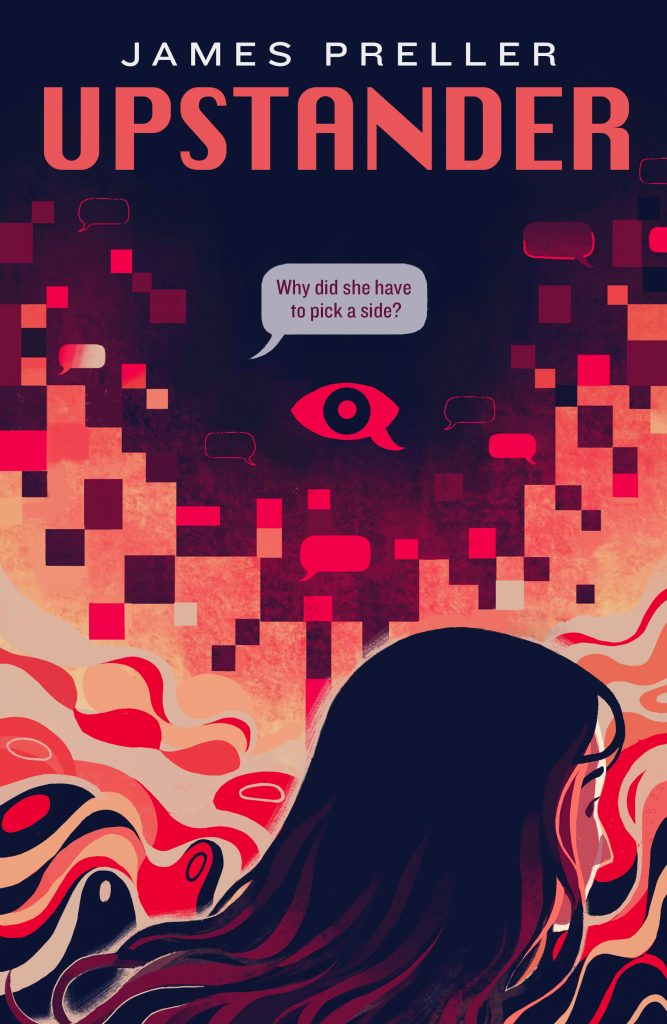 What I mean to say is that the process is mostly out of my purview. Take for example my upcoming book, Upstander (Macmillan, 2021). One day my editor, Liz Szabla, sent me a file and said, more or less, “Here’s the cover, hope you like it.”

And you know what? I did, a lot. I found out the name of the illustrator, Deborah Lee, and wrote to thank her. Deborah was willing to answer some of my questions. Here she is now (I know, I’m excited, too). 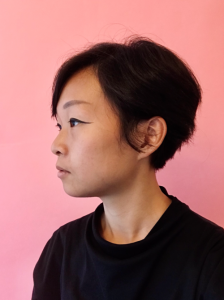 First off, who are you? Could you give us some quick background? How did you get into illustrating book covers?

Hey! I’m a Korean-American freelance illustrator who works primarily in the publishing and editorial industries. And to be honest, I’ve only started working independently this year—before, I was working at LinkedIn and Lyft as a designer and illustrator for a year and a half while juggling freelance illustration. I was a designer for a while because I didn’t pick up my current profession as a career choice until my senior year of college. (Unfortunately, the university, which is strongest in engineering, has no resources in illustration, so I was pretty much on my own for that.) It was my final semester when I had some presentable work ready to show, and the stars aligned when my current literary agent found me through social media, which began my career in publishing. The rest is history!

So this is all new. How exciting. Where do you live?

I live in Oakland, CA, which is across the bay from San Francisco. But next spring we’re moving back to Pittsburgh, where my partner and I graduated from college. We miss having seasons and cheaper rent.

So let me see if I’ve got this right. One day you get offered a book cover job for something called, Upstander? They tell you how much money you’ll make and you say, “Okay, fine, I’ll do it anyway.”

Couldn’t have said it any better.

Ha, it’s pretty much the story of my career.

HOWEVER, I do love drawing book covers! They’re some of my favorite kinds of projects—the sketch ideas come by much more easily since there’s already a clear narrative in place. A lot of my quick freelance assignments tend to look for illustrations about very abstract concepts and current events.

I understand that, as fate would have it, you were already familiar with my Jigsaw Jones books. 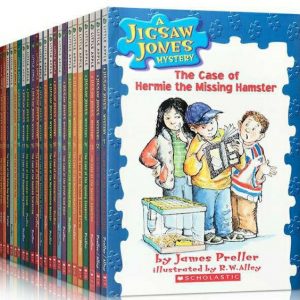 Yes!! It’s been a long time, but my brother and I borrowed most, if not all of the books from the library when we were growing up. I’m sure we had some of the boxed sets too!

That’s pretty cool. Obviously you were an amazing kid. Back to the cover. Do you work from a designer’s concept?

The designer, Mike Burroughs, gave me some pointers in regard to symbolism (eye and speech bubble emoji) and mood (loneliness, tension) but luckily, I still had creative freedom! Mike was also looking for something more conceptual and less narrative-based, but reading the book helped anyway so I could take notes on any key scenes that could inform the cover as well. Also it helped me understand Mary’s (the protagonist) conflict enough to depict her facial expression as appropriately as I could. There’s a lot going on in her life.

Do you try to deliver a variety of approaches?

Definitely! I remember intentionally keeping one sketch without the emoji that Mike was looking for, just in case. I also varied the amount of literal vs conceptual elements in each one. But over all, telling different stories with each concept shows the design team that I’m flexible, and not super stuck on just one idea. 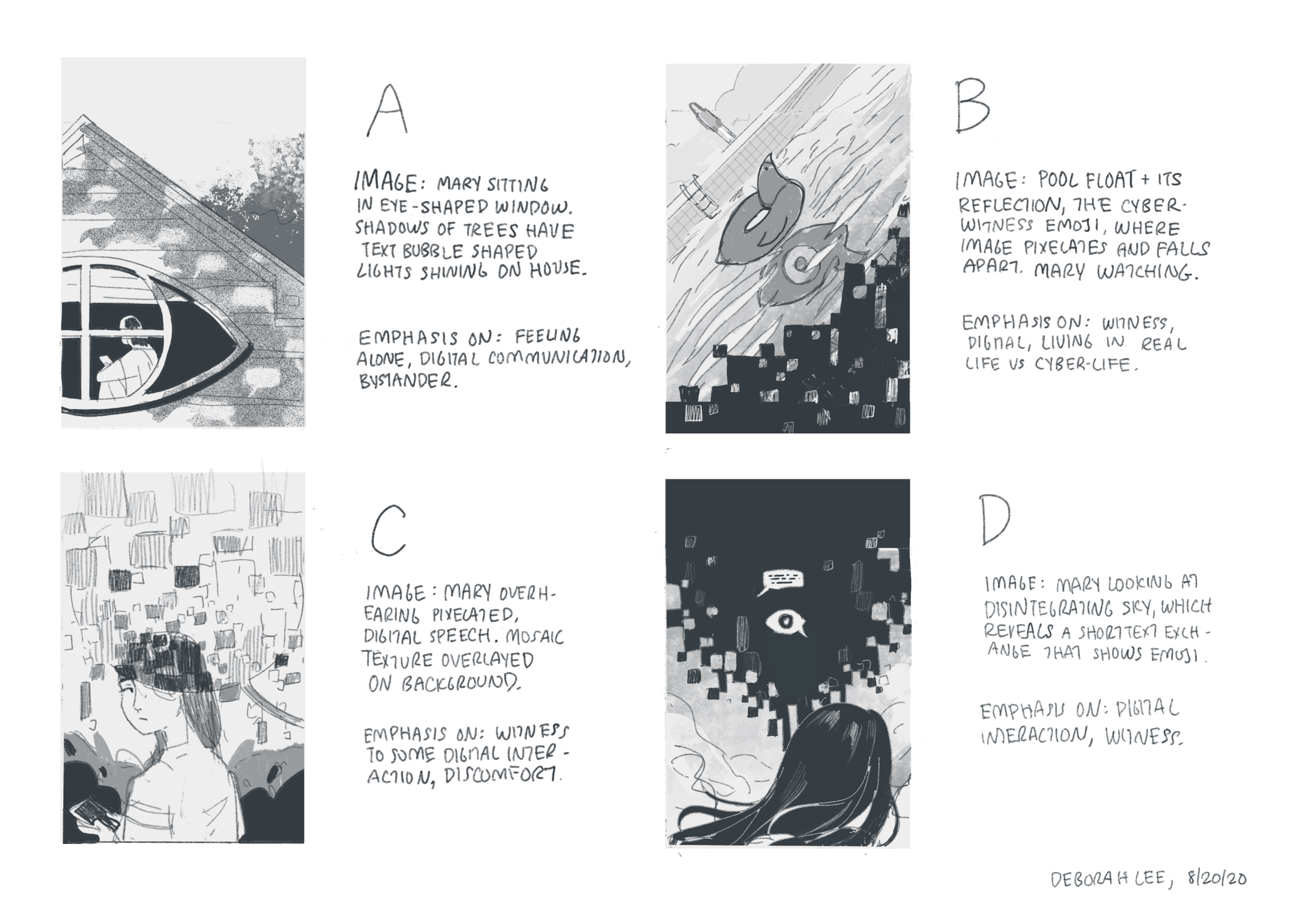 Finally, the publisher selects one and says, “Perfect! This is exactly it! We just want you to change a few things . . .”

That did happen! At first I made Mary look a little too young, which wasn’t that difficult to fix. I also had the speech bubble display some indistinct text, which was replaced by the blurb that’s seen in the final deliverable. Thankfully this was a very straightforward project—Mike was really easy to work with!

“The final deliverable.” It’s that kind of insider lingo that keeps a Nation of Readers coming back to James Preller Dot Com! I have to tell you, Deborah, I’ve shared our cover on Facebook and your work has received so many compliments. People seem to really to be intrigued by the cover. There’s a sense of mystery to it that, I hope, will draw readers into the story. That is: Thank you!

And thank *you*!!! I’m so glad it resonated with everyone—especially with how little the cover reveals about the story.

So what else are you up to? Have you done other covers? Do you hope to illustrate your own books? Hang in fine museums? What’s next?

Whew, so since 2018 I’ve been working on my debut authored/illustrated graphic memoir called In Limbo with First Second/Macmillan. It’s the most daunting and laborious project I’ve ever been took on—I treat that project alone like a day job and a half. 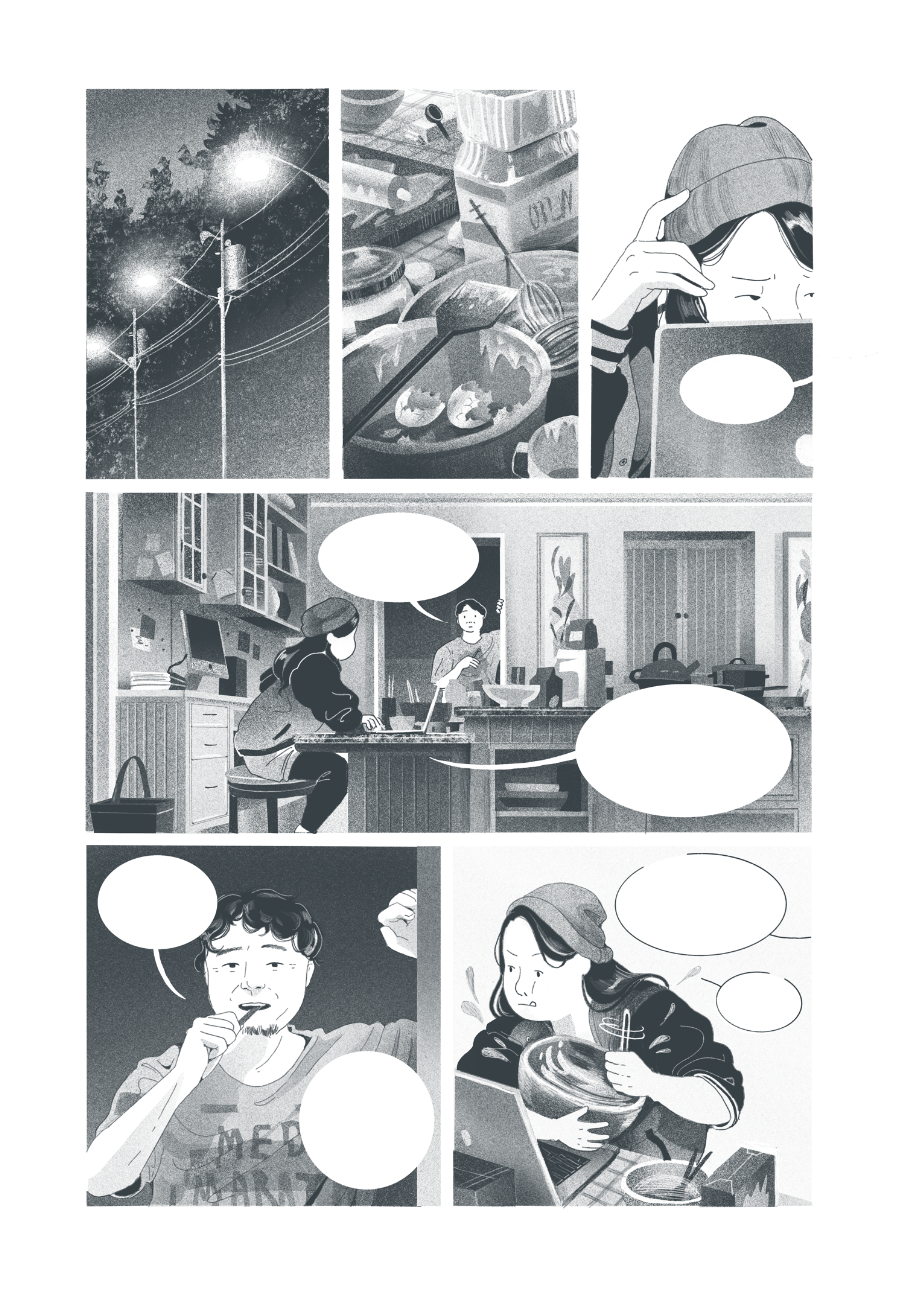 Oh, my goodness. That looks incredible. Just a staggering amount of work. I want it now.

All-in-all, it’s a rewarding process and I can’t wait to see it in full by Spring 2022.

Could you tell us more about it?

In Limbo covers my time during high school as a severely depressed and abused teenager with an identity crisis as one of the only Asian-American kids in my year. It’s dark—so much so that my editor at First Second/Macmillan had to remind me constantly to put in lighter scenes in the beginning stages of the draft! While I’m not complete with the final pages yet, I can already say that this book has taught me not only the graphic novel process, but also it brought a ton of insight about myself. Basically the longest therapy session ever. I’m very grateful to have been given this chance.

Sounds like a story you had to tell. I’ll be looking for it.

And while I work through that one, I’m illustrating another graphic novel (authored by Tina Cho) for Harper Collins called The Other Side of Tomorrow, which is publishing around 2023. I’m very lucky to be working on these projects—and for now I’m most looking forward to having physical copies of both books in my hands!

Yes, that’s a beautiful moment in the life of a creator. The first time holding it in your hands, the satisfaction of, “I made this.”

As for covers, I have done one other before this for a middle-grade book called Invisible Boy. That one was tricky—it talks a whole lot about child trafficking, so I had to be careful with how I depicted that. And again, one of my favorite kinds of projects. Crossing my fingers for more of these! 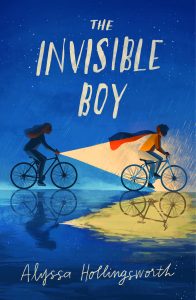 Well, Deborah, it’s been a pleasure to get to meet you. Such an exciting time in your career, just as you are lifting off into the stratosphere. I’m absolutely positive that we’ll be hearing a lot more from you in the future. I’m glad all those Jigsaw Jones books did you some good. I wish you the best of luck — and thanks, again, for our book cover. It will always connect us, and for that I’m very glad.