It’s that time of year again. Here’s a video presentation of All Welcome Here, a book dedicated to teachers everywhere who open their hearts, and their classrooms, to every student who comes through that door.

Note: I was asked by an Oregon bookstore to create a brief video talk (under ten minutes) about my new picture book, All Welcome Here. This is part presentation, part read-aloud, targeted for young readers. I had a little production help this one, and I think it turned out okay.

Hopefully this book celebrates the best of us, sending positive signals about acceptance, kindness, and community. Good luck, be smart, and stay healthy!

“Caldecott Honoree GrandPre captures the day’s variable moods in pictures of absorbed, interacting kids of various skin tones and abilities . . . a cheery take on the joy of camaraderie.” — Publishers Weekly.

“Lively haiku pairs with vibrant art to showcase various facets of the first day of school . . . Expressive, mixed-media illustrations are an eye-catching blend of bright colors, patterns, and perspectives: the multicultural kids and adults further the sense of inclusiveness. With it’s reassuring and upbeat elements, this may also help alleviate first-day fers as it highlights the many positive opportunities that await.” — Booklist. 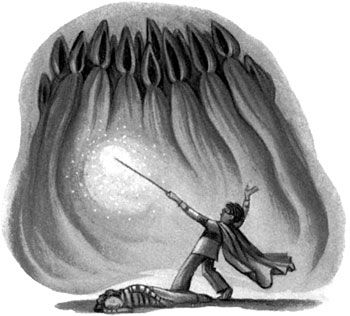 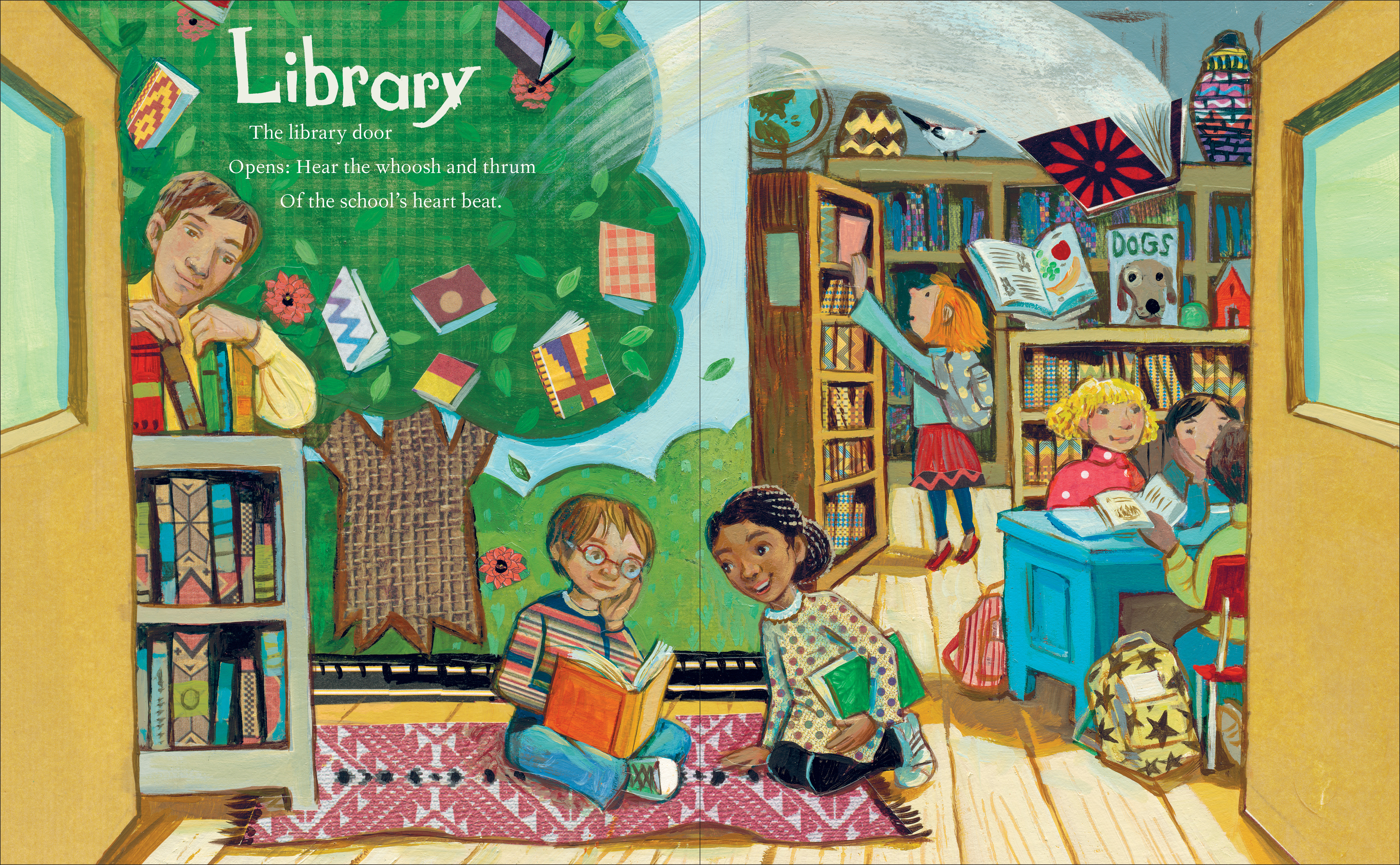 DIGGING UP THE LOST WORDS: Inspired by Haiku & Candice Ransom

Outside my window right now: bare trees, gray sky, a brown bird. No, let’s try again. Outside my window, the leafless sweetgum shows a condo of squirrels’ nests, a dark blue rim on the horizon indicates wind moving in, and a white-crowned sparrow scritches under the feeders. Better. Even in winter, especially in winter, we need to wake up our lazy brains, reach for names that might be hibernating.

In November, I taught writing workshops at a school in a largely rural county. I was shocked to discover most students couldn’t name objects in their bedrooms, much less the surrounding countryside. Without specific details, writing is lifeless. More important, if children can’t call up words, can’t distinguish between things, they will remain locked in wintry indifference. Some blame falls on us.

When I was nine, my stepfather taught me the names of the trees in our woods, particularly the oaks. I learned to identify red, white, black, pin, post, and chestnut oaks by their bark, leaves, and acorns. Labeling trees, birds, and wildflowers didn’t give me a sense of ownership. Instead, I felt connected to the planet. I longed to know the names of rocks, but they kept quiet.

I’m sorry, but I can’t resist quoting Ransom’s great piece at some length. She goes on to discuss a new book, recently discovered . . .

So imagine my delight when I found a new book for children, The Lost Words: A Spell Book. British nature-writer Robert MacFarlane paired with artist Jackie Morris to rescue 20 of the words snipped from the Oxford Junior Dictionary. Words like newt and kingfisher are showcased as “spells,” rather than straight definitions. MacFarlane’s spells let the essence of the creature sink deep, while Morris’s watercolors create their own magic.

On their joint book tour throughout England, MacFarlane and Morris introduced children to words—and animals. On her blog Morris writes: “I was about to read the wren spell to a class of 32 six-year-olds when the booksellers stopped me. ‘Ask the children if they know what a wren is, first, Jackie.’ I did. Not one child knew that a wren is a bird. So they had never seen a wren, nor heard that sharp bright song. But now they know the name of it, the shape of it, so perhaps if one flits into sight they will see it, hear it, know it.”

The Lost Words makes me want to take children by the hand and tell them the names of the trees and birds and clouds that illustrate our winter landscape. By giving kids specific names, they can then spin a thread from themselves to the planet. 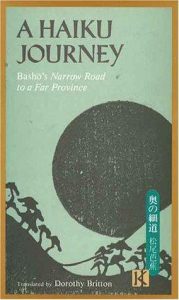 Sometime in December, wary of time wasted on social media, the allure of Facebook, and my own (possibly connected) struggles as a writer, I decided to make a change. I felt empty, scattered, and discouraged. You know, the writer thing. I promised myself to begin each day by reading and writing haiku. It became my daily practice. Ten minutes, half an hour, even longer, however it worked for that day. Sometimes I’d go to my haiku before I made the morning coffee, and absolutely — this was a rule — before turning on my computer. On some miraculous mornings, I’d think of a haiku before my head left the pillow.
– 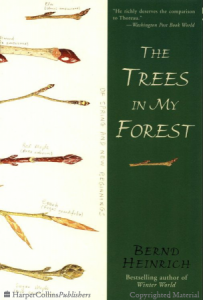 I’ve been reading Richard Wright’s marvelous late-period haiku poems, written at a time he was deathly ill, as if clinging to the world; rereading Basho’s A Haiku Journey; slowly leafing through various collections. I don’t read too many poems at a time; it’s not something to take at a headlong rush, another box to tick off. What I love about reading and writing haiku is that the practice forces me to slow down, to be present, to (try to) see the pear in the sunbeam, so to speak. People have asked what I’m going to “do” with the poems, and I explain that for me this has been about the process, not the product. The poems are secondary. Possibly irrelevant. Most of them are “bad,” if you need to measure them that way. I try to avoid thinking about result. In this sense, for me, it’s like yoga. It’s something I am doing for myself, tuning to a different frequency. I’m not trying to “beat” your downward dog.
– 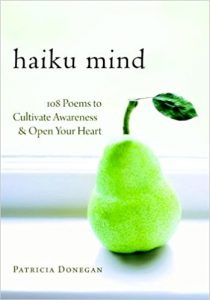 Haiku traditionally places a primary focus on nature. Seeing the moment, hearing the rain. This relates, of course, to William Carlos Williams’ 20th century directive, “No ideas but in things.” Or earlier, Tolstoy’s “God is in the details.” The necessity for the writer to move away from abstraction, the world of ideas, to see the particular thing itself. At least, to begin there. To be present in a world of multi-tasking and lost words. This of course spills over into relationships, parenting, conversations in coffee shops. It is . . . a way.
– 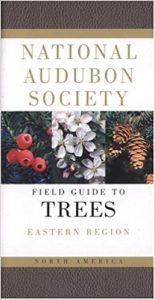 During this time, even before I found Candice’s article, I’d been troubled with an old failing of mine. I’m not terribly good at knowing the names of things. My brain is fuzzy. I love nature and the great outdoors, but I’m not a trained naturalist. I need to do better. So as part of my haiku journey, living this new enthusiasm, I’ve been reading about trees and nature. Watching videos. Buying field guides. Studying up. Trying to dig up the lost words.

Because I believe the words connect us to seeing deeply, the words enrich our perception of reality. The words connect us to some vital spark in this world: to nature, to our planet, to each other. I often suspect that our temporary president has never once sat on a mountaintop and appreciated the wonder and awe of nature. Just listen to him speak. Look at his policies. Read about how he eats. This temporary man has never gazed at a sunset without wondering how he might monetize it. Turn a profit. I believe he’s empty in that regard, like any non-reader, full only of avarice and self — nature as a thing to be used. It shows in his incurious mind, his disregard for the care and well-being of our planet.

He doesn’t know the words. 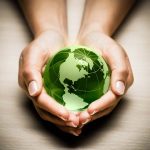