Around the Web: Bystander, The Kidlitosphere, and a Grand Conversation

I confess: I sometimes have misgivings about the kidlitosphere. At times it feels like just another clique, and one dominated by women. I recognize that one woman’s ceiling is another woman’s floor; a “clique” could easily be described as a “community” — a source of strength and positivity.

There’s nothing wrong with women, of course. It’s just that I’m a guy. I have a male point of view. For example, the writers I most love tend to be men. Actually, that’s not true: They are men. I’m just like that second grade boy who won’t pick up a Junie B. Jones book (I know, I have two sons, and I’ve tried to press those books in their hands). If it seems like girl stuff, I’m not all that interested. Or at least, there are hurdles, dispositions, to overcome. Sorry. I have a gender bias. That’s not news, right?

The nature of this clique, or community, has always been at the center of the children’s book world, back from my earliest days as a junior copywriter at Scholastic in the late 80’s. Women, women everywhere. They were the editors, the librarians, the teachers, the reviewers —  and now, the bloggers. 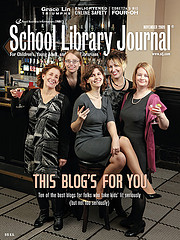 Just to make myself crazy, I did a quick look at the 101 names listed as judges of the Cybils. By my estimation, which involved a little guesswork, 86 of them are women. That’s a lot, right? I’m not complaining, exactly, and I certainly don’t blame anybody.  If more men were around, then . . . more men would be around. It’s our fault: guys need to step up or shut up, I suppose.

I don’t know if I have a thesis point. I’m mostly just typing out loud. Other than to say that as a man in a woman-dominated kidlitosphere, I feel like an outsider. And I wonder if there might be some connection to boys and reading. If they feel as disconnected as I sometimes do.

Yet through this blog I’ve made some meaningful connections. A few friendships here and there. Last year I was invited to Dublin, Ohio, by Bill and Karen from Literate Lives. I still go back to their blog from time to time, because they inspire me with their enthusiasm, their dedication, their sense of purpose. Clicking on today, I saw that Bystander was the recent topic of discussion on a Tuesday night, as part of Bill’s annual “Grand Discussion” series. Check it out, here.

Bill even sent me this photo: 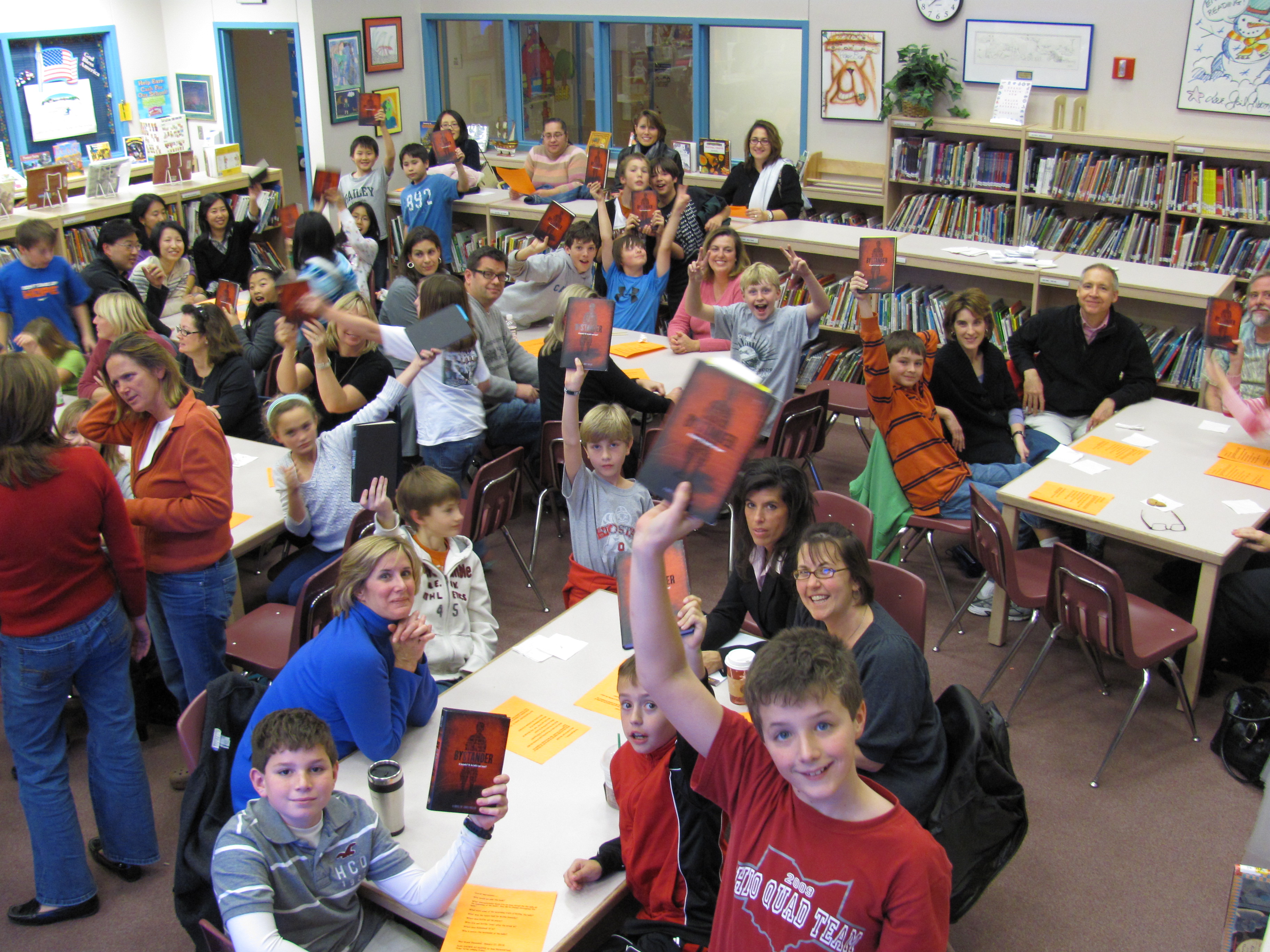 I was supposed to be a part of it, through an iChat link-up. But I couldn’t figure out the technology in time, to my great disappointment. If there was a lake next to my computer, you would have heard a groan of frustration followed by a splash. It’s one more hurdle I’m going to have to figure out, because it seems like a great way to connect with readers.

Thank you, Bill, for the friendship and the support.

For the full review, click here. For those short on time, here’s the money quote:

I see the problem of bullying in my school everyday. Sometimes it takes the form of a kid saying something mean to another. Sometimes it is a child saying something nasty about the other kid’s parents. All of it is a form of bullying. However, most kids don’t realize that just standing around saying nothing, doing nothing, when they witness bullying is just as bad. This was an awesome book and one I look forward to placing on my shelves at school.