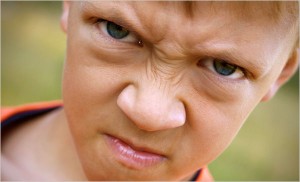 There was a good article in yesterday’s Science Times section of The New York Times. Written by Perri Klass, M.D., it looks at bullying from a pediatrician’s point of view, and provides news about how the American Academy of Pediatrics will be publishing a new policy statement on “the pediatrician’s role in preventing youth violence.”

The article had this to say about the upcoming policy statement:

For the first time, it will have a section on bullying — including a recommendation that schools adopt a prevention model developed by Dan Olweus, a research professor of psychology at the University of Bergen, Norway, who first began studying the phenomenon of school bullying in Scandinavia in the 1970s. The programs, he said, “work at the school level and the classroom level and at the individual level; they combine preventive programs and directly addressing children who are involved or identified as bullies or victims or both.”

Dr. Robert Sege, chief of ambulatory pediatrics at Boston Medical Center and a lead author of the new policy statement, says the Olweus approach focuses attention on the largest group of children, the bystanders. “Olweus’s genius,” he said, “is that he manages to turn the school situation around so the other kids realize that the bully is someone who has a problem managing his or her behavior, and the victim is someone they can protect.”

As the author of a new book titled Bystander (Feiwel and Friends, September, 2009), a book that was informed and inspired in part by Olweus’s work, I’m thrilled to read that the American Academy of Pediatrics is taking this issue seriously. I came away from my own research with the belief that our focus has to be on the community, on the school environment, on the bystander’s social and ethical responsibilities. That is, yes, we are our brother’s keepers.

Dr. Sege used a nice turn of phrase later in the article. He spoke of “activating the bystanders.” Here’s another clip from the article:

Dr. Sege said, “activating the bystanders” means changing the culture of the school; through class discussions, parent meetings and consistent responses to every incident, the school must put out the message that bullying will not be tolerated.

So what should I ask at a checkup? How’s school, who are your friends, what do you usually do at recess? It’s important to open the door, especially with children in the most likely age groups, so that victims and bystanders won’t be afraid to speak up. Parents of these children need to be encouraged to demand that schools take action, and pediatricians probably need to be ready to talk to the principal. And we need to follow up with the children to make sure the situation gets better, and to check in on their emotional health and get them help if they need it.

Anyway, this is an issue that means a lot to me, and means a lot to my editor at Feiwel & Friends, Liz Szabla. It has always been my hope that Bystander — not a handbook, but a work of fiction with tension and drama — would help in some way with this issue. That maybe teachers would use it in school, discuss it in classrooms, get kids talking and thinking.

More and more, as this writing career moves into its third decade, I’ve come to the conviction that a book is not an end, but a beginning. It’s about what happens after you read the book. The thoughts that occur, the conversations that take place.

But that’s a big topic, and better left for another day . . .