Tag Archive for Letters from kids to writers 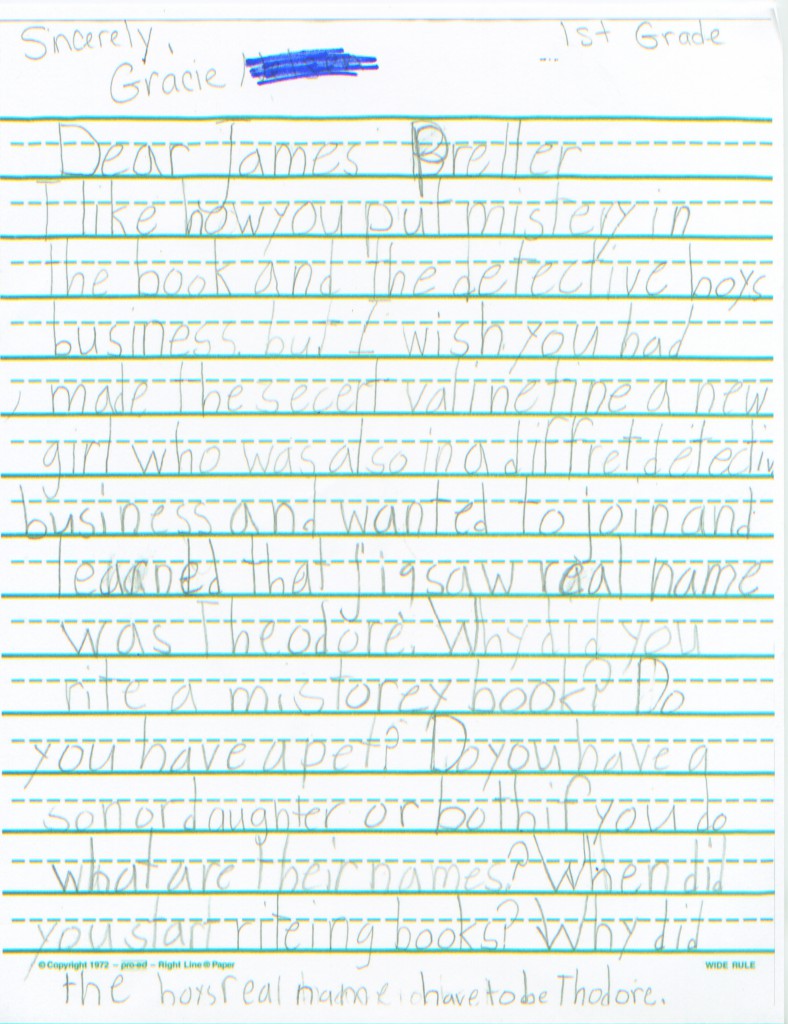 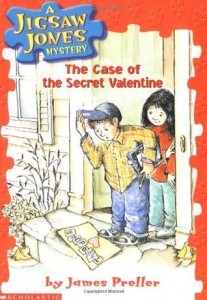 Before I answer Kallen’s letter below, I wanted to share a cool drawing that was sent to me by a boy named Ethan, who lives in Ontario, Canada. Ethan is a fan my “Scary Tales” series, and I believe this is his version of Bloody Mary from the book, HOME SWEET HORROR. 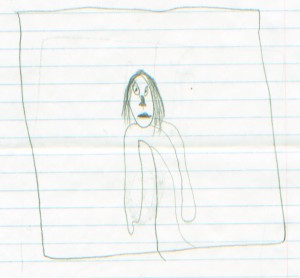 Isn’t that great. I love the body; very creepy somehow.

Now here’s a letter from Wisconsin: 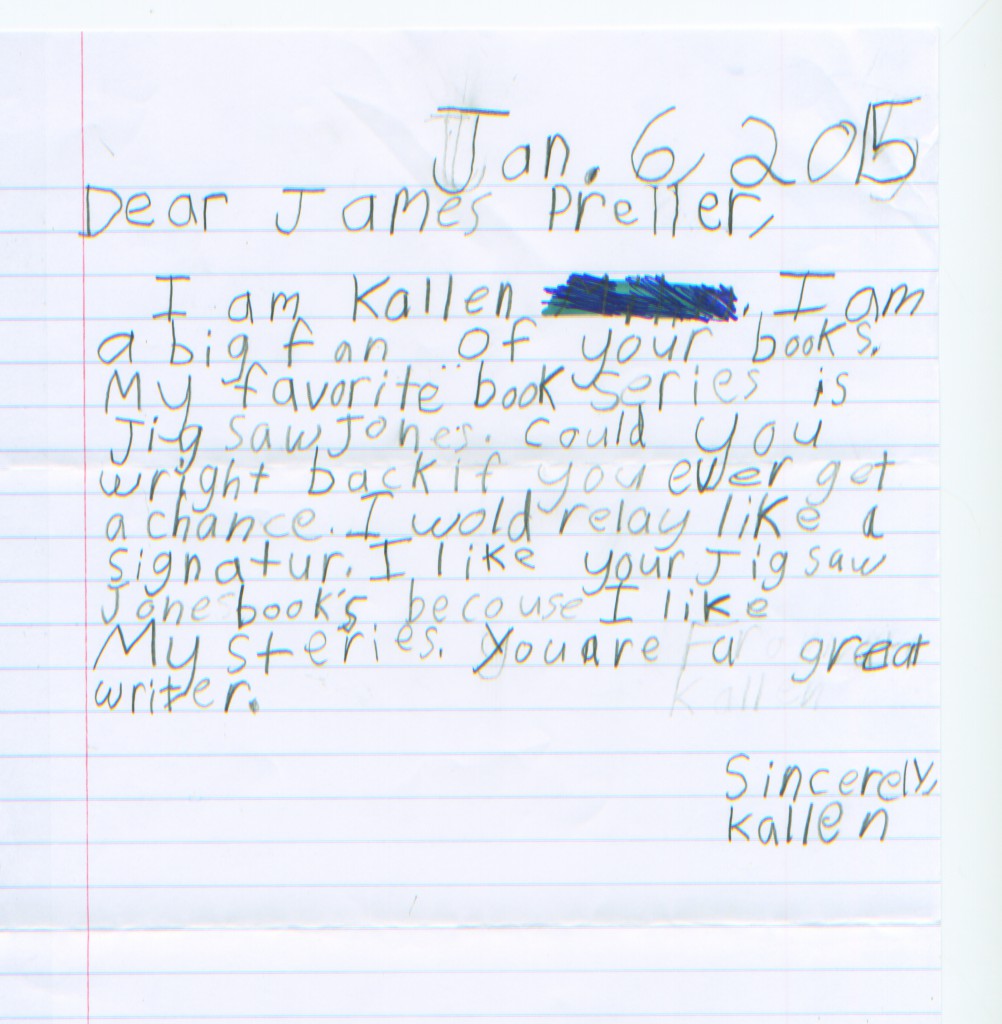 Thank you so much for your super kind letter. I realize that it took you a lot of time and effort to write to me, and I want you to know that I appreciate it.

I’ve been busy working on new books –- I just finished one that took me nearly four years! — but I am happy to take a few minutes out of my (freezing!) Sunday to respond to your request.

Please find my lousy signature below. I say “lousy” because I have terrible handwriting; I blame it on the fact that I’m a lefty.

A great writer? Did you really say that?

I go back to your letter, reread it, then reread it again. Yes, Kallen really said it: “You are a great writer.”

I think I’ll just float around on white, fluffy clouds for the rest of the day!