Lesa Cline Ransome is on fire, producing the finest work of her already-impressive career. Fresh off the award-winning success of When She Was Harriet, illustrated by Lesa’s husband, James Ransome (no slouch himself!), she has a promising new novel coming out, Finding Langston. Come spend a few minutes with us. We talk about writing, research, serial murderers, and so on. 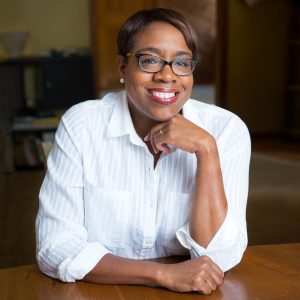 I’m trying to remember when and how we first met. It’s been a while, hasn’t it? Any recollection? It was at one of those “things” that authors sometimes do.

Well, I don’t want to brag, but I have a pretty good memory. I believe we first met at a NYS Reading Assoc. event, but the first opportunity we had to talk was in Princeton when we were walking together to the party after the book signing and you were telling me about a book you loved. I wish I could say my memory is so great that I recall the title, but I don’t. 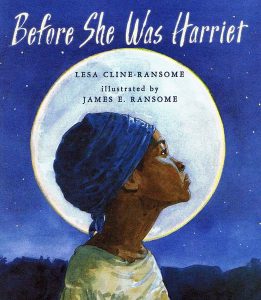 That was indeed the challenge in writing Before She was Harriet, which is why I waited so long to tell her story. If I can’t find a new and inventive way to tell a story, or provide information about a subject’s life that allows young readers to engage in a different way, then I really don’t want to write it. So, it was only when James told me that he had discovered the many other lives she lived, as a nurse, a suffragist, a union spy and general in the army, that I knew I had found a new way to tell her story and a way in which kids could learn something new about her heroism and a life dedicated to the service of others.

Speaking of James, what was it like working with the illustrator –- who happens to be your husband? Do you try to stay out of each other’s way? Do you peer over each other’s shoulders, give friendly advice? Do you cluck, “Hmmm, I wouldn’t do that if I were you.” What’s the process like?

The only way we can remain married is to stay in our own lanes. I trust him as one of my readers who gives valuable feedback during the many stages of the manuscript and he trusts my input on the pieces he is working on, but trust is the key word here. We have to allow each other our space to create without too much input from the other in order to protect our creative process, and most importantly, our marriage. It helps that when I finish a manuscript he often doesn’t begin illustrating until at least two years later, which gives me some distance from the story. 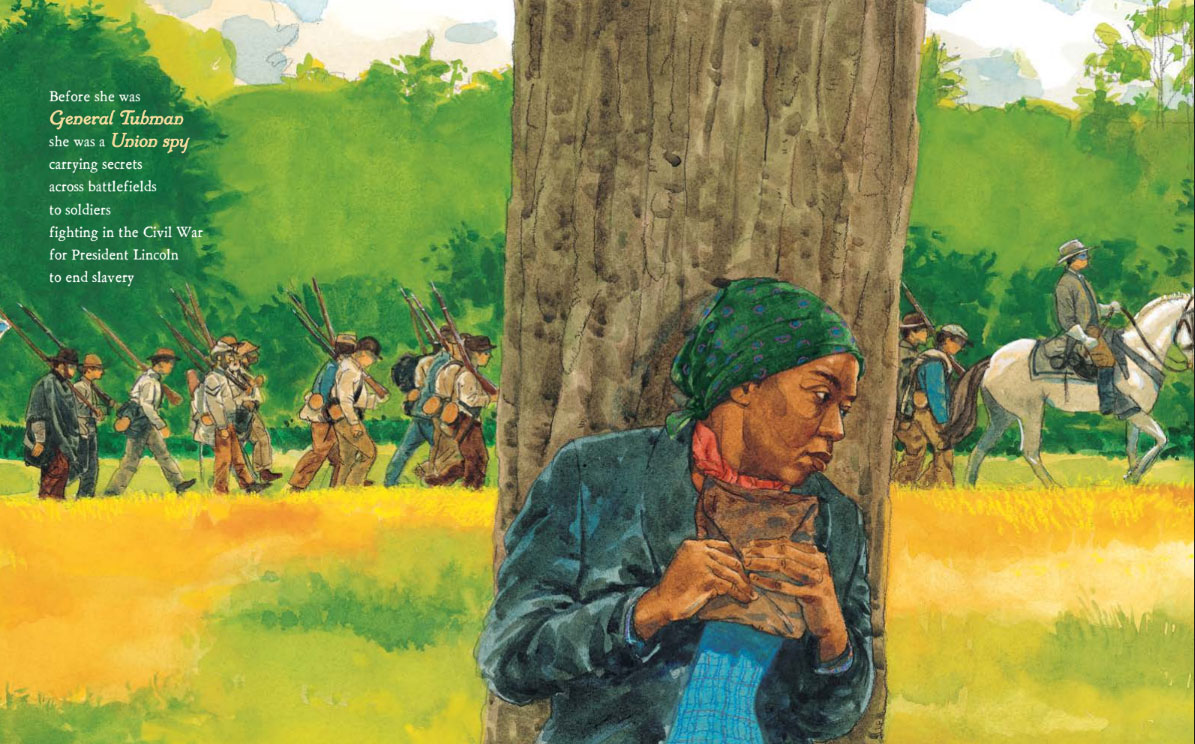 I interviewed Leo and Diane Dillon about 25 years ago. They used to swap pieces of artwork, passing it back and forth, drawing on top of each other’s work. Amazing.

Perhaps that is because they were both illustrators, but if James and I handed our work back and forth, I have a feeling it would not go as seamlessly. I feel we each have our strengths in our own fields and we need to respect those boundaries.

Tell us about your brand new novel, Finding Langston?

Finding Langston was such a joy to write. I’ve always written pretty long picture books, so the transition to middle grade was a natural one. After reading Isabel Wilkerson’s The Warmth of Other Suns: The Epic Story of America’s Great Migration, I knew that there were pieces of story in that book I wanted to tell and I found it in the fictional Langston, a young boy travelling north from rural Alabama with his father after the death of his mother. In Chicago, Langston doesn’t fit with his country accent and clothes and he is bullied. But one day he escapes and finds his way into a library, a place he’s never been allowed to enter in the south, and his discovery of books and the poetry of Langston Hughes transforms his world in ways he never quite expected. 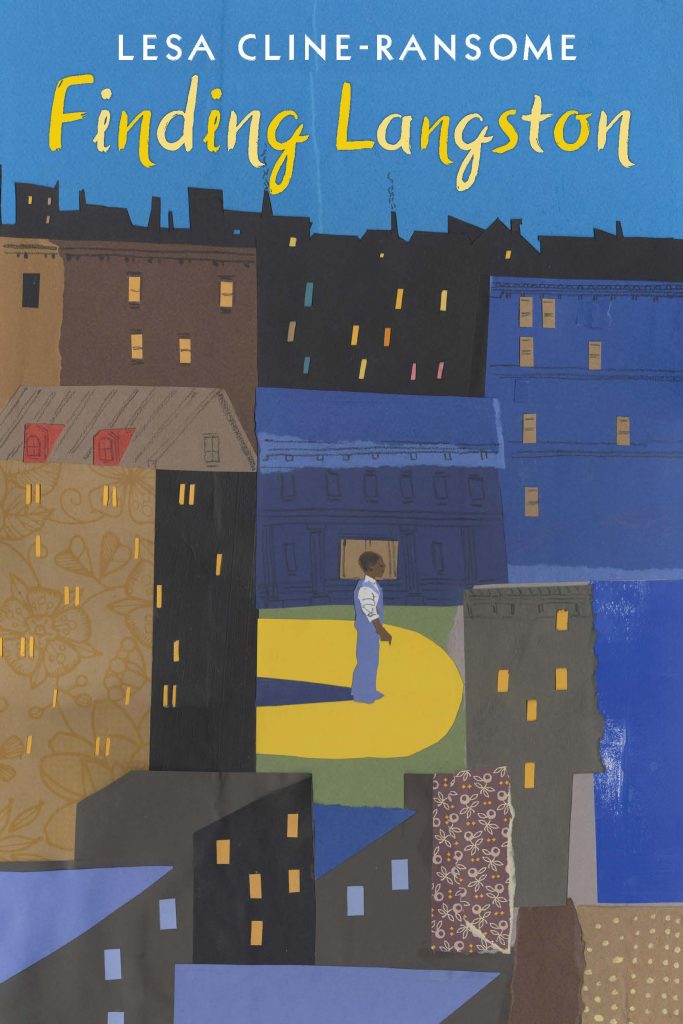 To be clear, it’s not that there weren’t libraries down South. But as a black boy, he wasn’t allowed access? The danger of an educated mind.

There were absolutely libraries in the south during that period, but very few that were integrated.  In rural areas, there were virtually none.  In Finding Langston, Langston would occasionally go into town with his father for supplies and he passed a building with a public library sign out front.  When he asked his father about it, he was told “it was a building for white folks, and that meant I couldn’t go in.”  When he got home and asked his mother, she said, “They don’t let black folks in libraries…” but when he discovers the library in Chicago, filled with blacks, his world is forever changed.

Nice to have connections. Obviously, a book like this involves a ton of research.

A ton, but writing so many picture book biographies meant that I had a lot of research on hand. And it can be incredibly rewarding to spend days researching trees native to Alabama or the elevated el trains in Chicago or the history of segregated libraries. I almost always find material for potential books.

On school visits, readers always ask about ideas. I tell them that ideas are the easy part. It’s sitting down and doing the work that takes the real effort.

I agree.  It’s that tricky part of getting the ideas in your head to translate into a narrative that is engaging that’s the real challenge.

I have to say, Lesa, I am so impressed. You are really spreading your wings. I mean, it’s just a beautiful thing to watch. I’m really happy for you. Obviously, clearly, you are thriving — doing great and meaningful work. If we were in a bar, I’d say to the bartender, “Yeah, I’ll drink what she’s having.” What’s your secret?

Wow, thank you! I don’t know if there’s a secret, but I am incredibly curious about the world and people. And I feel there are so many stories to tell about courage, and hope and history. I am always inspired by the incredible books I read for pleasure, for my book group, that are recommended to me. I feel like I have so much growing to do as a writer, I have to keep plugging away.

Finding Langston is a departure for you. It’s exciting to see you take on a longer work. All those pesky words.

Definitely a departure, but a welcome one. Getting to go deeper into a character’s motivation meant that I grew to love Langston. When I wasn’t at my desk writing, I’d wonder about him, miss him. The hardest part was letting the book end.

I’m curious about that moment when you realized that, hey, wow, this is a book. A lot of ideas fizzle. You think you’ve got something, but it fades away. A dead end or just an unrealized notion. But sometimes there’s a moment when the story makes a turn and then you know, deep down, this is actually going to become a finished work! How did that work for you with Langston? Did it come during the research? During the writing?

Nearly every time I make a plan to write a certain story, I take a turn into the story I am meant to write. The original version of this story is so different from the final version. That’s the best part about writing. Letting the story unfold the way it is supposed to.

Did you make an outline for Langston? Or try to find the path as you wrote?

I’m new to novel writing, so I approached it as an expanded picture book.  I didn’t make an outline, but I had a sense of how the story would unfold.  I think the beauty of storytelling is letting the characters lead despite what you planned for them. 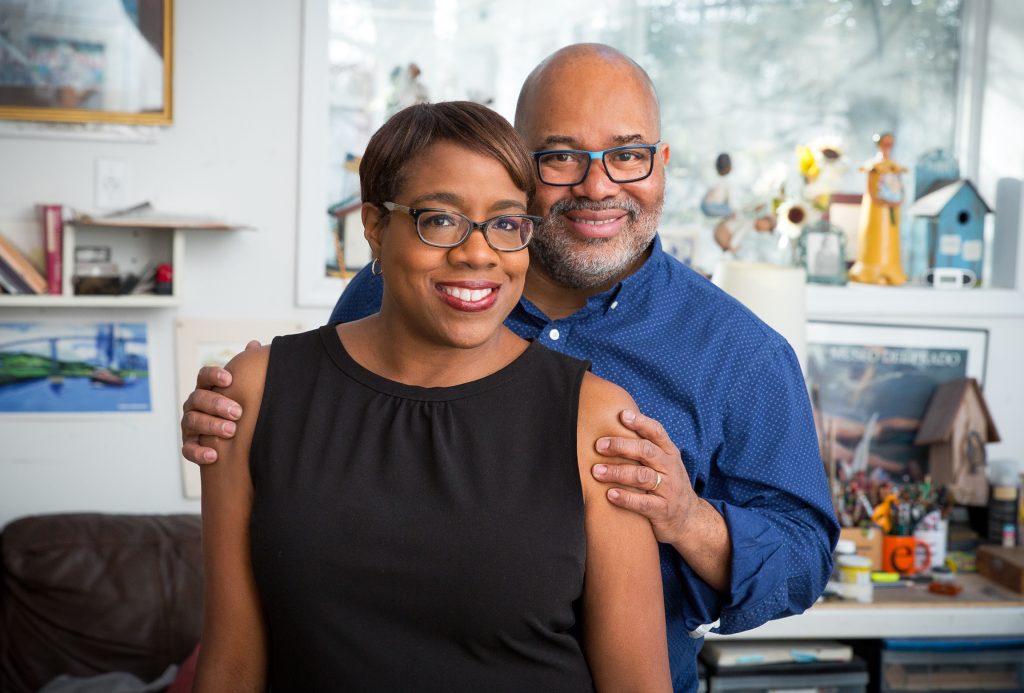 Behind every great woman . . .

So what’s James working on these days?

He just completed a story he wrote called The Bell Rang and he is now starting another book with author Jerdine Nolan. James will also begin work soon on a pet project, The History of Football, with author Fred Bowen.

I have a vague idea that you live in Poughkeepsie, is that right? Isn’t that where the mass murderer had all those bodies buried under his house?

We moved from Poughkeepsie to Rhinebeck shortly after that event and we’ve been here for almost 15 years. That guy’s house was directly across the street from my childrens’ pediatrician. They were there for their annual physicals, and while we were waiting in a room, the nurse told me to not look out the windows. So, of course, I looked out the windows —

— and there were tons of news crews and trucks outside. When she came in again, I asked what was going on and she whispered in my ear, that they had just arrested a serial killer. My kids still love that story. They feel like they were part of a historic event. 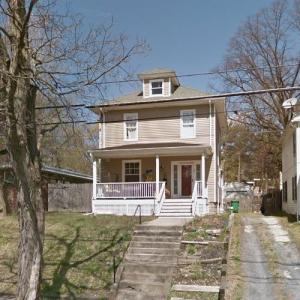 Is that where you are from originally?

I am originally from Malden, MA, so sorry to tell you I am a die hard New England Patriots fan.

That doesn’t bother me a bit, Lesa. I grew up a Jets fan, but that part of my heart has shriveled up and died. I want to thank you for stopping by. I’m a big fan and thrilled by your much-deserved success. Keep on rolling.

Some recent things from yours truly . . . 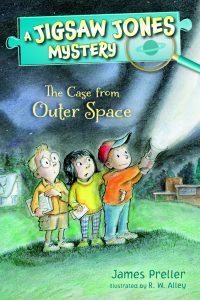 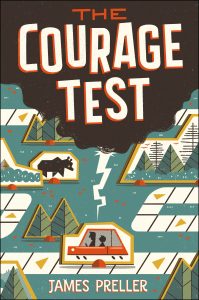 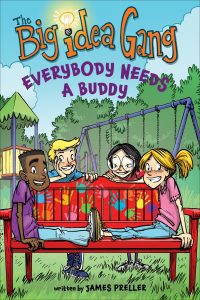