Tag Archive for Kids stare at phones in museum

If you spend any time on Facebook, you’ve probably seen this 2014 photo, which periodically makes the rounds to disgusted clucks of disapproval. 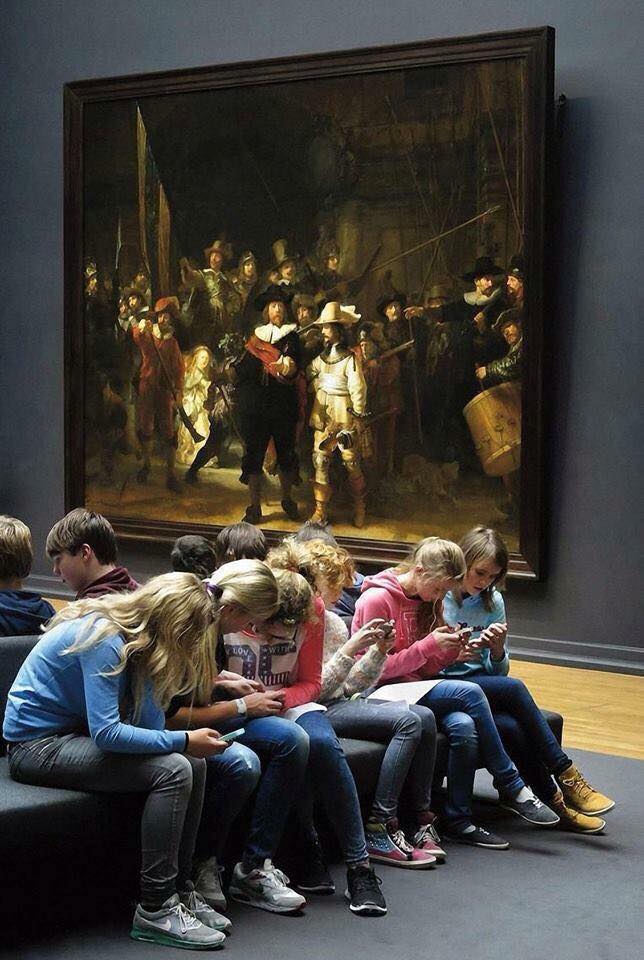 There it is, the end of the world as we know it. A metaphor for our times.

One thing we’ve learned about the internet, people love to pile on. It makes us feel better about ourselves. Read the comments under this photo when it is shared and you’ll find the overwhelming majority of people are appalled by “kids today.” This shot, for many people, represents all of society’s ills in a nutshell: this is why we’re going to hell in a handbasket. Those darn kids and their stupid phones!

And yet to me it never looked quite right.

Maybe that’s because I’ve spent time in schools, have teenagers of my own, or perhaps I’m just not so ready to believe the worst about this generation. In fact, I incline toward the opposite direction. I look at young people today and feel hope.

And I also believe in teachers — that they wouldn’t be so ready to allow students to stare vacantly at phones during an educational field trip to a museum. Right? That’s obvious, isn’t it?

Earlier this morning I saw that photo come around again. I typed out a quick response, but didn’t post my comment. Instead I saved it.

I had written this:

“My two cents: I’ve seen this photo before and I don’t like it. Very easy to shame these kids for using their phones, and the reality is we don’t know what’s going on here. It may be as bad as it looks, or something else entirely. They might be bright, thoughtful, intelligent, creative young people who are using those amazing computers in their pocket to enhance learning. They may even have been instructed to do after viewing the artwork. I know the idea here is to portray these students as brain-dead zombies and for us all to feel smug and superior about the younger generation. It doesn’t seem fair or accurate.”

I didn’t post those thoughts because these days I am trying to stop myself before unloading on innocent victims. But it did spur me to do some research, and I discovered this: 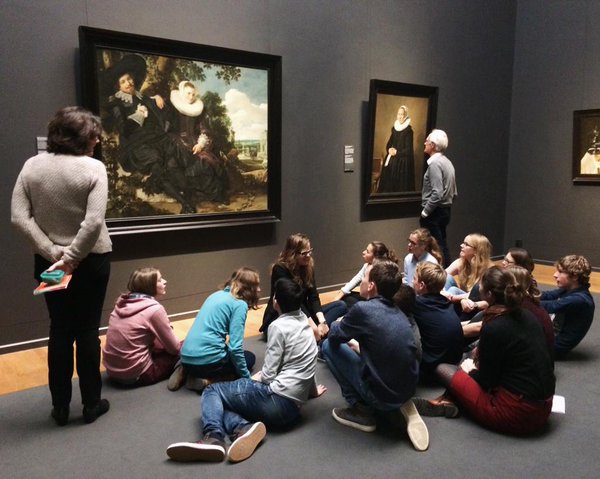 It turns out that these students were, in fact, on a field trip. The museum allowed them to download a free app onto their phones — you know, those useful, instructive computers they carry around in their pockets.

Reports indicate that the students were active, engaged, inspired.

The lesson here is don’t be fooled by one photo.

And more importantly, don’t be so ready to judge.

You don’t want to be this guy: 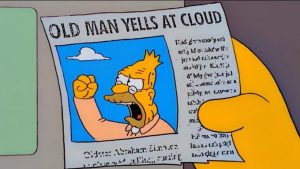 Category: Around the Web / Tags: Bored school kids ignore masterpiece, kids on phones, Kids stare at phones in museum, old man yells at cloud, Rembrandt "The Night Watch", Students, The real story behind a viral photo of kids on phones, the truth about the photo on Facebook, viral photo kids in museum on phones
Website Hosted by Web Instinct