One Question, Five Authors #10: “Can you say something nice about procrastination?”

Procrastination. I guess everybody does it (or doesn’t do it) regardless of career choice. But it’s suffered most acutely by creative types. Full of despair and self-loathing, we beat ourselves up over our perceived lack of productivity.

In my calmer moments, when I’m more generous-hearted to myself, I understand the word “procrastination” is often a misnomer, part of a false narrative we tell ourselves about the nature of the creative process. 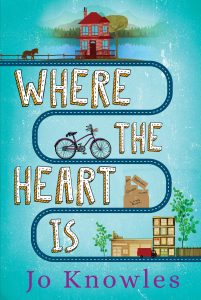 Procrastination from my writing has provided me with a reorganized office, getting my taxes done, laundry folded, dishes put away, a snow fort built, countless levels of Candy Crush passed (don’t judge!), long walks with my dog, an epic closet clean out, and… NEW IDEAS. All of these somewhat mindless tasks allowed my brain and heart the necessary time out to realize why I was resisting the writing in the first place. When I let go, stop struggling and allow myself to do ANYTHING else, eventually my brain begins to solve whatever writing problems I’m struggling with. When I yearn to walk away and procrastinate, I’ve learned that there’s usually a good reason and let myself do it. I know that if the project is meant to be, it will call me back. 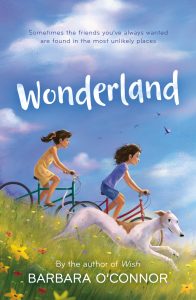 Ah, my old friend, Procrastination. I know her well. I procrastinate because I’m human. But I also procrastinate when I’m struggling with a manuscript. Much to my dismay, I’m a pantser. Although I would dearly love to outline, I don’t –- or more accurately, I can’t. My process is having a clear idea of character and setting but a very hazy idea of plot. (The other P word I sometimes hate.)

Writing the first draft is usually like groping in the dark with a dim vision of where I’m headed. This process is extremely frustrating to me. As a result, I’d often rather do laundry, walk the dog or organize my sock drawer than face that dreaded blank page. The good news is that eventually the story comes to life and I find myself racing to my computer, anxious to dive back in.

Another reason I sometimes procrastinate is because I’m stuck, unable to move the action forward. In such cases, time away from the manuscript is often just what the book doctor ordered. Usually, while walking the dog or doing laundry, I noodle things around in my head and eventually have a breakthrough. Other times, I get back to my manuscript after time away and see it with fresh eyes and the clarity I need to move forward.

Now pardon me while I go organize my sock drawer. 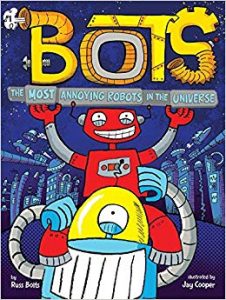 Oh, procrastination. It’s hounded me all my life, kneeling on my chest like that imp in that Fuseli painting. I have nothing good to say about it, aside from the fact that it can be used to gauge how important a thing is in your life, because in my experience procrastination has two polar causes: on one end, apathy (like when I procrastinate doing my taxes, or laundry) on the other, such fervent love of a thing that you’re petrified you’ll be terrible at it (like professional illustration, or that book you’ve always wanted to have a real go at writing). If you’re procrastinating because of the first part, I say, “do the work when it becomes unavoidable.” As to the second, you need to wrestle that fear to the ground, stake its heart, wrap it in chains and drop it into the Gowanus Canal.

How? I think it’s just jumping in and doing the work no matter how much fear it causes in you. My sketches are dreck. My early written drafts are barely legible . .  total trash. But I also could barely run a whole mile until I did it for five months straight, and then I ran a half marathon. I pushed down the fear of failure (I still do, every time I sit at the drawing table) and told friends I couldn’t attend parties, or go to movies, or spend a week at the beach. I got up weekend mornings and showered and shaved, and even put on a dab of cologne like it was a regular workday, but instead of walking to the train, I took a cup of coffee to my drawing table. I worked every day for months until I was sure my book was in shape. And by then, procrastination was no longer even an issue for me, because the habit of digging in and creating became part of my everyday routine. And I understood with time and diligence that a crappy sketch will ultimately become a decent illustration if I just keep plugging away at it. Once I had faith in myself, and some discipline, I slaughtered the imp.

That being said, I still haven’t turned in my taxes this year. 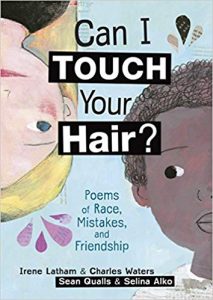 This is something that, from what I’ve heard and read and has happened to me more than once, most writers go through. It’s important, at least to me, not to beat oneself up over it too much and get back to it when you can, hopefully sooner rather than later.

One way to help with the procrastination is to read a lot — reading is as vital as writing, so look at it getting half the job done when you’re going through a writing drought. Ultimately, to quote the great (and prolific) Jane Yolen, it’s all about BIC (Butt in Chair). There’s no replacement for it.

Another way to get out of the procrastination funk is jotting down things you see in your everyday life.

which ways the lines zig and zag in the chipped concrete,

checking out the different cloud formations in the sky.

I’ve typed up thoughts like those above, and many others, on my notebook phone app, and when I accumulate a healthy amount, I transfer it to my writing notebook, so when the time comes to write, I have something to at least get the writing motor started. 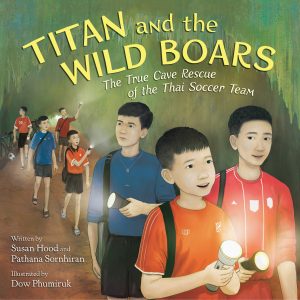 Can I say anything nice about procrastination? It gets the laundry done. But seriously, procrastination for me means that my ideas aren’t fully formed and I need time and space to mull them over. Taking my dog for a walk, gardening, or kayaking frees my mind to wander where it will. It’s the equivalent of putting a manuscript in a drawer and letting it rest for a day or a week or a month. More often than not, I see what wasn’t working when I pull it out again. Right now, I’m procrastinating big time! I recently finished a mammoth research project and a writing marathon for a story that grabbed me the moment I saw a tiny paragraph about it in the back of The New York Times. Titan and the Wild Boars, the story of 12 boys who brought a divisive world together, comes out in May— a collaboration with Thai journalist Pathana Sornhiran and illustrator Dow Phumiruk. So in this case, procrastination is a way to rest and recharge. And I’m mulling over what my next book will be. I have several ideas in different genres: a picture book bio, a nonfiction book and a middle grade historical novel. But not one has gelled for me yet. I need to do more reading and more thinking . . . my favorite kind of procrastination!