Hopefully this will keep you entertained while I’m away for a week . . . hiking, sitting by fires, kayaking, reading, playing with my kids, reconnecting with Lisa, writing on a yellow legal pad by Rainbow Lake in the Adirondacks, and taking it real slow . . . 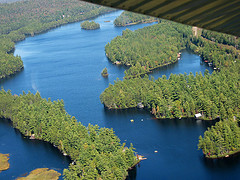 Released in 1992, “History” by Loudon Wainwright III stands today as one of the great, mature, singer-songwriter statements of all time. 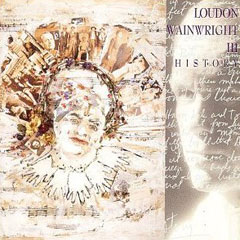 This is an album by a 46-year-old man at the crossroads of his life, a series of songs that reflect adult themes such as parenthood, middle age, nostalgia, masculinity, divorce, love, and death. Not that it doesn’t carry some of Wainwright’s trademark satire and humor (“The Doctor,” “Talking New Bob Dylan,” “People In Love”), but here is one of Wainwright’s more deeply personal efforts.

Oh, I’ll just say it: It’s a masterpiece and you should own it.

I’ll be off the grid for a week, so today I’m posting an extra healthy helping of videos in tribute to one of the great discs of the past twenty years — even if not that many folks realize it, except for some hardcore Loudon fans, various critics, and this guy, who called it the CD of the year. Loudon, by the way, is the former husband of Kate McGarrigle, and father of musicians Rufus Wainwright, Martha Wainwright, and Lucy Wainwright Roche. There are three live clips below, Loudon performing songs from “History,” plus a fourth recording of “Men,” another tune off the CD that I have mixed feelings about (but what a plaintive voice and melody, kills me every time). Let me know if you like ’em. He can go deep, and maybe you need to be in the right mood for it, but there are singular lines in these songs that cut to the heart and give it a twist. As a 48-year-old male, someone who has been “culturally marginalized,” my personal blip dropping off the radar, I hold this disk with ever-increasing appreciation. A great artistic achievement.

Also recommended: “Last Man on Earth,” and the soundtrack to “Strange Weirdos: Music from and Inspired by the Film Knocked Up — yes, that’s him playing Doctor Howard in the movie.

See you in September!

these days things are awful
between me and you
all we do is argue like
two people who are through
i blame you, your friends, your school, your mother and mtv
last night i almost hit you that blame belongs to me

There are pictures on the piano,
Pictures of the family,
Mostly my kids but there’s an old
Picture of you and me.
You were five and I was six
In 1952;
That was forty years ago-
How could it be true?

We were sitting outside drawing
At a table meant for cards,
And it must have been in autumn,
Falling leaves in the front yard,
With a shoebox full of crayons,
Full of colors oh so bright,
In a picture in a plastic frame,
A snapshot black and white.

You were looking at my paper,
Watching what I drew;
It was natural: I was older,
Thirteen months more than you.
A brother and a sister,
A little boy and girl,
And whoever took that picture
Captured our own world.

A brother needs a sister
To watch what he can do,
To protect and to torture,
To boss around-it’s true;
But a brother will defend her
For a sister’s love is pure,
Because she thinks he’s wonderful
When he is not so sure.

In the picture there’s a fender
Of our old Chevrolet
Or Pontiac-our dad would know,
Surely he could say;
But dad is dead and we grow old;
It’s true that time flies by;
And in forty years the world has changed
As well as you and I.

A FATHER AND A SON

When I was your age I was just like you,
And just look at me now; I’m sure you do.
But your grandfather was just as bad
And you should have heard him trash his dad.
Life’s no picnic, that’s a given:
My mom’s mom died when my mom was seven;
My mom’s father was a tragic guy,
But he was so distant and nobody knows why.
Now, your mother’s family, you know them:
Each and every one a gem,
Each and every one a gem.

When I was your age I was a mess;
On a bad day I still am, I guess.
I think I know what you’re going through;
Everything changes but nothing is new.
And I know that I’m miserable; can’t you see?
I just want you to be just like me.
Boys grow up to be grown men
And then men change back into boys again.
You’re starting up and I’m winding down;
Ain’t it big enough for us both in this town?
Say it’s big enough for us both in this town.

Now you and me are me and you,
And it’s a different ballgame though not brand-new.
I don’t know what all of this fighting is for;
But we’re having us a teenage/middle-age war.
I don’t want to die and you want to live;
It takes a little bit of take and a whole lot of give.
It never really ends though each race is run,
This thing between a father and a son.
Maybe it’s power and push and shove,
Maybe it’s hate but probably it’s love,
Maybe it’s hate but probably it’s love.

When a ship is sinking and they lower the lifeboats
And hand out the life jackets, the men keep on their coats
The women and the children are the ones who must go first
And the men who try to save their skins are cowards and are cursed

Every man’s a captain, men know how to drown
Man the lifeboats if there’s room, otherwise go down

And it’s the same when there’s a war on: it’s the men who go to fight
Women and children are civilians, when they’re killed it’s not right
Men kill men in uniform, its the way war goes
When they run they’re cowards, when they stay they are heroes

Every man’s a general, men go off to war
The battlefields a man’s world, cannon fodders what they’re for

A husband and a father, every man’s a king
But he’s really just a drone, gathers no honey, has no sting
Have pity on the general, the king, and the captain
They know they’re expendable, after all they’re men