One Question, Five Authors #12: “Do You Have Any Heroes in Children’s Publishing?”

If I were English, I might say that I was dead chuffed by this edition of “One Question,” the internet’s laziest interview series. Thankfully, that expression won’t be expressed here. Not on my watch! Let’s just say I really like how this turned out. I was glad to see the various directions our contributors took in response to my open-ended question. Speaking of contributors: Lois Lowry’s in the house! I have enormous respect for Everything Lois and it is a true honor to have her visit my little blog, pull up a milk crate (note to self: buy chairs!), and hang out with the rest of us. Speaking of heroes, the answers here are provided by Heather Alexander, Lois Lowry, Elaine Magliano, R.W. Alley, and Kurtis Scaletta. Thanks, one and all! You did good. 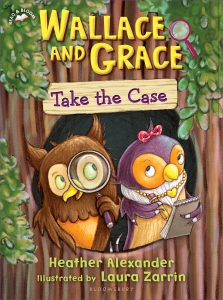 My mother asks the same question about each book I’ve edited since I started in children’s publishing: “But where is your name?” The message came across loud and clear — all my hours of work didn’t count because my name wasn’t printed on the cover (or, really, anywhere). Throughout my reading-under-the-covers childhood, I’d naively believed that words flowed from an author’s imagination directly onto the page and then were bound seamlessly into the book in my hands. The important person’s name was displayed prominently on the cover, and those authors became my heroes. It wasn’t until I got behind-the-scenes did I realize how many talented people toil to make a book — and elevate a so-so author to a great author and a great author to an amazing author. Editors, copyeditors, fact checkers, designers, production managers — the list goes on. I was lucky to have been taught by some of the best editors in the business — true magicians able to conjure greatness from the clumsiest of sentences. I’ve also been fortunate, as an author, to have awesome editors and fact checkers carefully watching my back. So as far as children’s publishing heroes go, I’m giving my shout out to all the uncelebrated people behind each and every book. (And, now, if every author reading this writes the name of his or her trusted editor or designer in the comments section, I suspect you’ll make their moms so, so happy!) 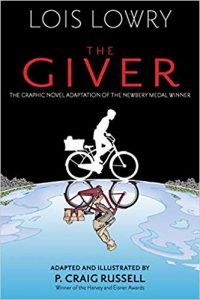 It won’t come as a surprise to hear me mention Walter Lorraine, who become my editor after the editor who had acquired my first book in 1977 moved on to another company. Walter was/is deservedly renowned as an editor of picture books — Chris Van Allsburg, David Macaulay, James Marshall, and Allen Say were among his superstars. I don’t think he felt that the editing of prose was his forté. But when I landed (figuratively) in his lap, it was a fine pairing because I had a background as a photographer and had brought, I think, a heightened visual sense to my own writing. Walter perceived that, appreciated it, nurtured it. He was also a purist, as I am, and hated — as I do still — the commercialization of children’s books. He loathed the spin-offs: the toys and games and money-making gee-gaws vaguely related to literature. As he moved (grumbling) toward retirement, after fifty-five years in the field, he saw himself as something of a dinosaur in a publishing world that was moving away from the patient and painstaking encouragement of ideas and true art. I was fortunate to have been his colleague during those magical years. 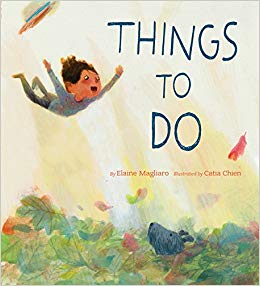 My hero is Grace Lin. Grace is a dear friend. We met nearly twenty years ago when she was just starting out in children’s publishing. At that time, she was illustrating other authors’ books and writing and illustrating her own picture books. Since then she has truly blossomed as a master in the field of children’s literature. In addition to picture books, she has written early readers, realistic fiction, fantasy, and poetry. She’s won a Newbery Honor, Caldecott Honor, Josette Frank Award, a Theodor Geisel Honor — and been a National Book Award Finalist. Grace has definitely found success in her chosen profession.

I admire Grace for more than the awards that she has won, though. She is a hero to me because she has remained true to herself and to her heritage. Grace has provided young readers with a heart-warming look into her culture and her own personal experiences when she was growing up as a minority in upstate New York. She has been an advocate for the We Need Diverse Books movement and for gender equality in children’s publishing. She is a strong individual who has dealt with difficult situations in her life with great resolve and grace. I know her to be a true and loyal friend who NEVER forgets a kindness done for her. She is one of the finest human beings that I have ever known. The great success she has been met with has not changed the sweet young woman that I met years ago. 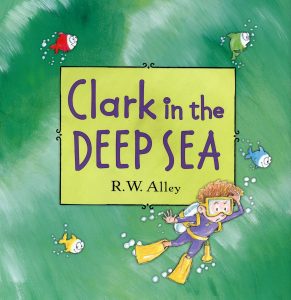 My hero in children’s publishing? I’m taking the question to mean, not authors and illustrators, but rather editors and publishers, which makes it more interesting. Editors and publishers shape the tone of an imprint.  At the start of my career, there was a clear distinction between “trade” and “mass market” publishers. This played out in content (trade = literature, mass market = entertainment) as well as in production values (trade = dust-jackets over cloth covers, mass market = paperback and uncoated paper). Of course there was overlap, but generally that was the idea. Sendak was literature. Scarry was mass market.

I dropped into that world as a long-haired, clean-shaven, John Lennon glasses high school grad with a very heavy (by weight) portfolio and a NYC map marked up with publisher locales and switchboard phone numbers. Art directors had portfolio viewing days. Some met in person.  My publishing hero was a meet-in-person art director, Grace Clarke. I came to know lots (but not enough) about Grace later. She was kind, but straight-forward. At our first meeting, she made it clear that my sketchbook was more interesting than my carefully curated (and matted) portfolio. She gave me a copy of the “new” series she was publishing (Tintin) from her then-desk at Western Publishing (Golden Books) and told me I should think about that format. (I did and I continue to.)  But what elevated Grace to hero status in my small world was something I found out years later. My parents (respectable college professor and protective mother of an only child) wrote to Grace (my mom dictated the letter to my dad, as per usual) and asked her not to encourage my art. In fact, they asked that she please actively discourage it. Their son had college to attend and an academic path ahead. Art was at best a sideline. At its worst, a dead-end ending in a flophouse.

Instead, this is what Grace did. She filed away the letter, kept in touch and, right after I graduated from college, offered me my first book. It took her over fifteen years, but she finally revealed my parents letter. She said she’d waited to make sure she’d made the right call. In the meantime, I’d gotten more books, gotten married and gotten my parents kinda on board with the artist thing. For that waiting, for the care she exercised in tending the psyche of a young man in his relationship with his art and his parents, Grace Clarke is my publishing hero.  Thanks for asking, Jimmy. 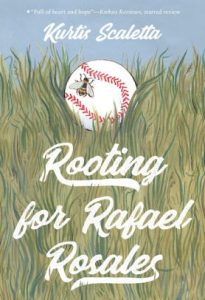 My heroes are the school librarians, booksellers, preschool teachers, and so forth who create and cultivate readers, find the money to book authors, and make those authors feel appreciated. Yeah, they’re paid to do it, but not much. OK, I actually work at a literary organization so maybe this is a little self-serving! But seriously, I really do love all the people who help us do what we do.

Another of my heroes is a local author. Her writing is lovely and has won major awards but I admire her because of her kindness. She’s supportive of everyone who writes. She rallies behind anyone who needs it. She remembers everyone’s kids’ names and asks about them. She doesn’t just ask to be polite, she really cares.
The Greek origin of the word “hero” is a person who is both god and human. I’ve had enough of the heroes who are all about the god half, and appreciate more the ones who live up to the human half.
–
–
Category: Interviews & Appreciations, One Question / Tags: Do you have a hero in children's publishing?, Elaine Magliaro, Grace Lin, Heather Alexander, James Preller One Question, Kurtis Scaletta, Lazy interview series, Lois Lowry, One Question Five Authors, R.W. Alley, Walter Lorraine
Website Hosted by Web Instinct