Tag Archive for death of a mother in children’s books

Readers can connect with Milo, by Alan Silberberg, in very different ways. I suppose that’s true of any book, we all bring our disparate selves to the text, but it seems especially true for Milo, a story for middle grade readers that embraces broad goofy humor on one end, and authentic, emotional grief on the other. Actually, that’s not true. Those qualities aren’t on separate ends, but are intermingled throughout. It’s a book where a boy can sneeze on someone’s neck in class, then return home to a house of fog and loss, where no one has quite figured out how to move forward after a death in the family. For me as a reader, it wasn’t the humor that hooked me. It was the humor combined with real emotional depth.

That rare thing in children’s books: a boy in full. 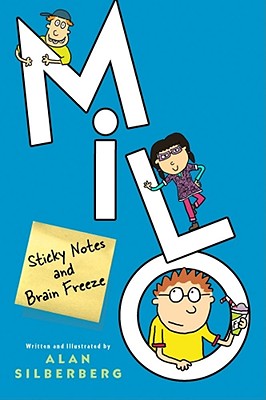 After I read Milo, I wanted to meet Alan because I sensed that he and I shared things in common. So I contacted Alan through his website and requested an interview. There was much I wanted to discuss, and our conversation flowed so naturally, that our Q & A went on slightly longer than The Reagan Years. I decided to break it up into two parts. I’m indebted to Alan for his time and patience and for the care he took in answering my questions. 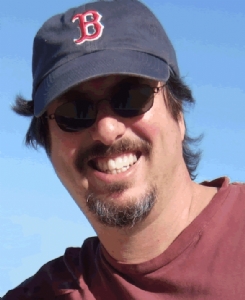 Alan! Hey, thanks for stopping by all the way from Montreal. Which is still in Canada, right? Could you please leave the soggy Uggs by the front door? Yeah, the moose, too. That’d be swell. 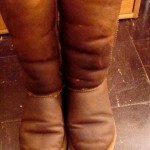 It’s true, Montreal is still in Canada. But you know, I’m from Boston (Go Red Sox!) so my heart — and shoveling technique — is from New England.

I gather that you didn’t initially set out to tackle this huge, daunting topic –- the death of a parent.

You are so right! When I started writing this book my goal was to write a pretty silly book that would include my cartoon illustrations. What started as a goofy look at a 7th grade kid starting a new school turned into something much deeper once I realized I had my own story to tell.

I know that this book grows out of your own personal experiences. Could you give us a little background on that?

My mom died of brain cancer when I was nine years old. It happened really fast too. It was a terrible time in my life and I guess I have always identified with that lost boy whose mother suddenly went away. In my family “death” never really got discussed so after she died we all just did our best to pretend we were okay, which on one level was comforting because I didn’t have to really deal with the grief and loss. With my sense of humor intact, I moved on from that life-altering event — but always dragging along a sad piece of me like a shadow.

“A sad piece of me like a shadow,” that’s nice. I just finished a young adult novel that grapples with some of the same feelings, where things unsaid are more important than what’s spoken. But I don’t suppose you’d let me steal that “sad piece of me” line, would you?

Be my guest. Just buy me an iced espresso some time. And a cookie. Chocolate chip is always nice. 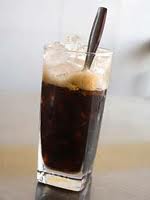 At one point in the book, Milo says, “I miss a dinner table that doesn’t feel lopsided,” and I completely understood that line.  I mean, you got me right there. My oldest brother, Neal, died of AIDS back in ’93. And after that, I often said that our family became like a ship that listed to the side. The ballast was off, you know. We never sat in the water quite right after that.

I think that’s what loss does to a family — even the most messed up families are a balanced whole. And the loss of someone we love just throws that balance totally off. And I think it doesn’t matter at what age we lose someone — that loss sets us adrift. I like your boat metaphor.

You attempt to do something that’s not at all easy –- balancing some traditional, goofy boy humor with a sensitive, heartfelt story about deep, deep loss. 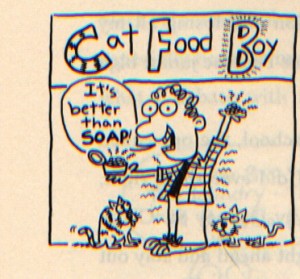 Once I knew that the silly story I started out to write was drawing deeper from my life I made the decision to stay true to who I was back then. Life was suddenly sad — but I was still a funny kid. I think it’s important to have a balance in a story like this because life isn’t all one thing or another and a story about loss can also be a funny story. Of course the cartoons help to give the book a lighter tone, but to be honest, some of the cartoons are quite poignant and a bit sad too.

I have to say, I’m often frustrated when I encounter these limited notions about “what boys like” and, consequently, “what boys are and can be.” So we see books with the goofball stuff –- with varying levels of originality — but not very much in the way of emotion. Because I guess there’s this idea that boys don’t “do” feelings. And perhaps they don’t, I don’t know. But at the same time: it’s real, it’s true, this stuff happens to actual boys. As I’ve said before, it can’t all be farts and firetrucks.

I know what you mean. I hear it all the time that a book is a “girl” book or a “boy” book and sometimes I think that’s just marketing. Whether boys, or girls for that matter, will be drawn to Milo is out of my hands. I have gotten wonderful feedback from kids who have loved the book and have had the experience of knowing first-hand that the book has helped kids dealing with loss. At the other end of the spectrum — I know kids who have read the book because they love the cartoons and think the story is “real” but still made them laugh . . . and made them think. At the end of the day I want Milo to find its way into the hands of kids who like a good story and especially those kids who are ready for the real emotions that I wrote about.

Tell me a little bit about the father. He’s suffering, too, but because we see him from Milo’s point of view, we just get this sense that dad is basically out of it. For Milo, he has to find help elsewhere –- because dad’s not emotionally available.

Milo’s whole family has suffered a loss and though the story is told from Milo’s point of view he experiences his dad as being kind of absent. There’s one cartoon I did where Milo says that he misses his dad almost as much as he misses his mom, because his dad is having a hard time too. I think that’s what can happen when one parent dies. The child can lose two parents. 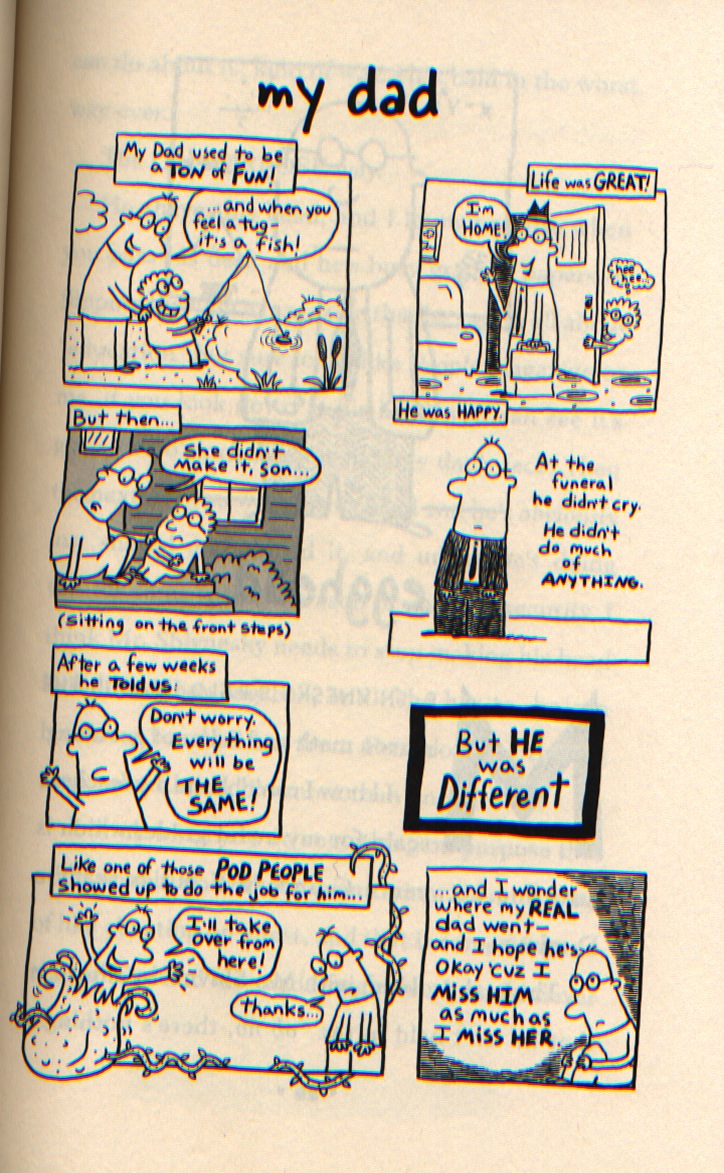 There are a few helpful adults in Milo’s world, and I think you handle them realistically. They don’t swoop in and save the day. In fact, well, nobody does. Nobody can. But they do help.

I guess it would have been too easy to have some adult be able to make everything “okay” for Milo. But that just isn’t realistic. What I did want to explore though is how Milo learns how to grieve his mom’s death with the help of his older neighbor. She doesn’t make everything right for him but she is the one who opens a door that leads him to say the goodbye he never said. It was a healing part of the book to write for me because I got to be Milo and say the goodbye I never said too. And that all happened through Milo’s relationship with the neighbor character, who was based on one of the moms in my neighborhood who took me in after my mom died.

That must have been a remarkable moment when you were able to hand her the finished book.

It was actually bittersweet because the real Sylvia passed away just after the book came out. I had told her months earlier how she had inspired a character in my new book and she was very happy about that. I was told by her family that they were able to read some of the book to her before she passed and that she was very touched by it.

I’m glad you were able to honor her with that gift of recognition after all these long years. I also really liked Milo’s friendship with Marshall. They are just boys, you know, going to the store, spending their money on junk food, sitting down on the curb, goofing around like a pair of glorious idiots. 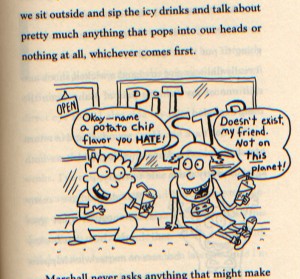 And yet at the same time, Marshall is clearly not a total clod. I’m not sure what I’m saying, exactly, other than I think your book respects the complexity of boys –- and as an ex-kid myself, and a father of two boys, I really appreciate that.

Thanks. I really liked creating the relationship between Milo and Marshall. It just felt right that these two would know each other and get along so well. Marshall is a bit left of center, but I was hopefully not writing a geeky character, just someone who lives life in his own unique way. Milo is more of an internal guy and Marshall is an extrovert — so the combo really works. Thinking back to the friendships I had back at that age and being the father of a son who just lived it also helped me channel their relationship.

Alan, let’s pick up this conversation on Wednesday. I assume you can stay over, right? You can sleep on the cot. In the closet. With the Uggs. 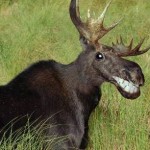 PLEASE COME BACK LATER THIS WEEK FOR THE THRILLING, DEATH-DEFYING CONCLUSION OF THE ALAN SILBERBERG INTERVIEW.