I’m gong to interrupt my interview with Deborah Kovacs — click here for Part One — because “Fan Mail Wednesday” is upon us. Come back tomorrow for Part Two of the interview.

This one isn’t exactly fan mail — it’s more of a note from an old friend. I’ve changed the names for the usual reasons, but I believe the essences remain intact. I have to add that I’ve received 5-6 similar notes about Bystander, filled with stark memories, all from men. It’s strange to hear  exclusively from men, since we all know that women are the primary gatekeepers of children’s literature and make up the overwhelming majority of adult readers. That is: it’s cool (and rewarding) to hear from guys who have that visceral connection to the book.

I just finished Bystander today and wanted to let you know how much I enjoyed it. It’s still a real kick for me reading something you’ve written — holding a book, a hardcover, with your name on it. Amazing.

Needless to say, I could “relate to it ” as the kids say (oh wait, we were the kids who used to say that). It captures our home town perfectly. And 7th grade. 7th grade was a really traumatic year for me so your book brought up a lot of — mostly unpleasant — memories. That was the year everyone started splitting off into cliques. By the second day of school it seemed as though all the kids I’d known throughout elementary school were suddenly identifying themselves as either greasers or jocks, or else were being defined by others as “fags” (somehow the word nerd was not popular at that time).

I became a “hippie” — the only one in my grade, so I just didn’t make sense to anyone. My best friend Tommy changed abruptly and became a hellraiser, a mix of both greaser and jock. By the beginning of 8th grade we were not even speaking anymore. The clincher though was when his right-wing friend Chris, who hated my antiwar attitude, tried to get me to fight him — which I wouldn’t do (especially since Chris was a good 50 pounds heavier than me). So Chris basically pummeled me as I walked the half-mile home, unable to get me to fight back, my “friend” Tommy walking along just watching the whole thing. You got that part dead on, the guys just watching, not doing anything to stop it. I’m sure I must have done it too at some point.

I don’t remember any troubled kids with Griffin’s appeal. The top greasers I knew were either sociopaths or psychopaths (take your pick). One, by the way, was Richie K. I recall him once bending my fingers back until I was on my knees. Somehow I avoided getting thrashed, but he beat up a lot of other kids.

I’ll probably read this to my son fairly soon. He just turned 10 so he’s a little young, but he starts middle school next year, so by next summer we’ll read it together. I can absolutely see in him the ability to go either way, bystander or ally. I guess we all have that duality. 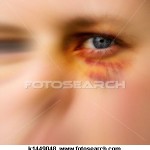 And in case you missed it last week,