An eight-year-old named Jake sent me a nice, long letter about my book, Jigsaw Jones #11: The Case of the Marshmallow Monster. He included this fantastic drawing: 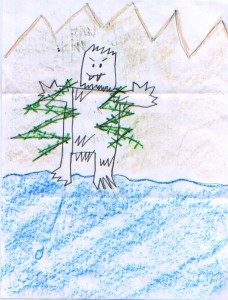 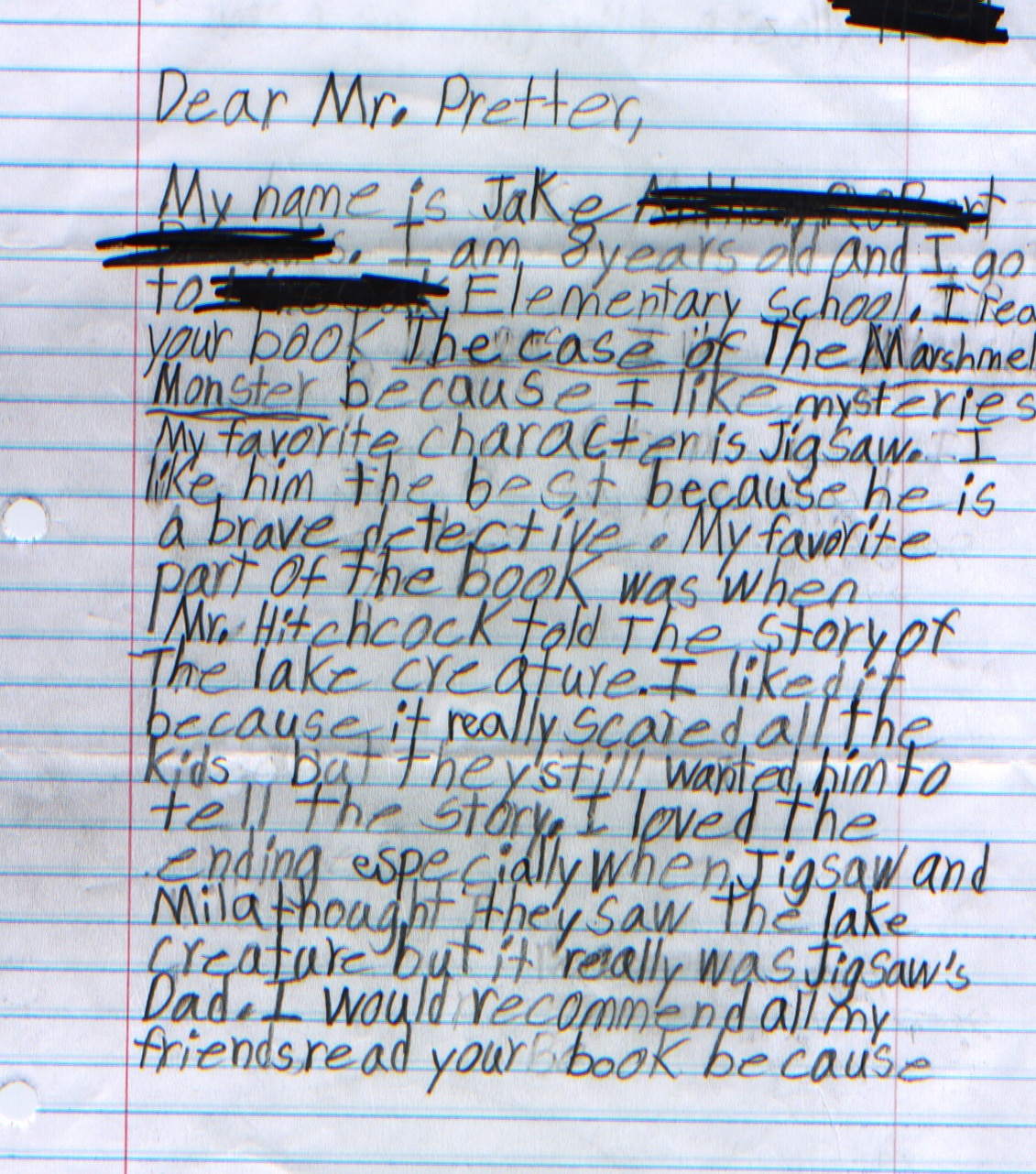 In real life, there was once a famous movie director named Alfred Hitchcock. His movies were sooo scary. Everybody loved them — because for some strange reason, people LIKE to be scared. That’s why the kids in my story are eager to hear more, more, more.

So when I needed a man to tell a scary story, I modeled him after a real person, Alfred Hitchcock. In the story, you’ll see that he’s known as “Mr. Hitchcock,” and later on Mr. Jordan calls him “Alfred.”

Computer savvy readers — and I’m assuming you are (savvy, that is) — can click here to learn more insider info about that book.