T-Shirt on a School Visit

Somewhere in Vermont last week, I came across a young student wearing this t-shirt and took a photo.

There’s a lot of great shirts out there. 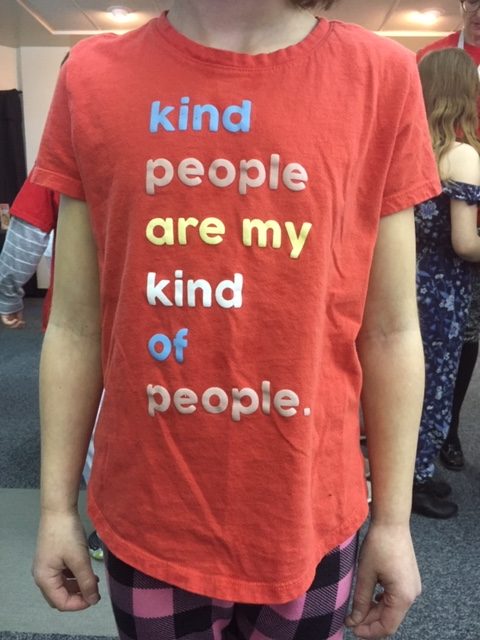 As positive and energizing as a school visit can be, I sometimes come away from those visits with a tinge of sadness. The job of teacher has changed. So much stress over things that, to me, don’t matter very much. That’s a textbook definition of anxiety, btw, to be responsible for something over which you have little control. Those scores.

One thing is painfully clear: teachers generally don’t know books as much as they used to. The climate has shifted. Burdened by responsibilities, so many teachers don’t seem to be readers anymore. It’s not in their purview, and it’s not expected of them anymore. Maybe it’s me. But in many conversations I’ve had that perception confirmed by school librarians, teachers, other authors. Books just aren’t seen as central to the job anymore. I’m not seeing that old enthusiasm or that joy.