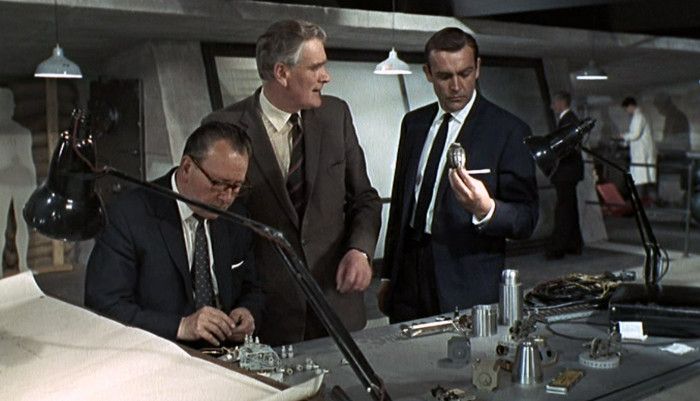 One of the pleasant things about writing a continuing series is that I get to revisit secondary characters. I first wrote about Reginald Pinkerton Armitage III in the 19th book in the series (as they were once numbered by Scholastic), The Case of the Golden Key. Reginald is the richest kid in town: he and Jigsaw do not immediately hit it off. After some opening tensions, they eventually become friends.

I brought Reginald back in another book, The Case of the Double-Trouble Detective. Again, I enjoyed bouncing these two opposites off each other. Jigsaw is a regular guy, a hardboiled 2nd-grade detective, whereas Reginald wears bowties and eats cucumber sandwiches. Jigsaw, again, helps Reg out of a jam. To repay that debt, Reginald becomes Jigsaw’s “go to” guy in The Case of the Santa Claus Mystery when he needs to borrow some advanced technology. 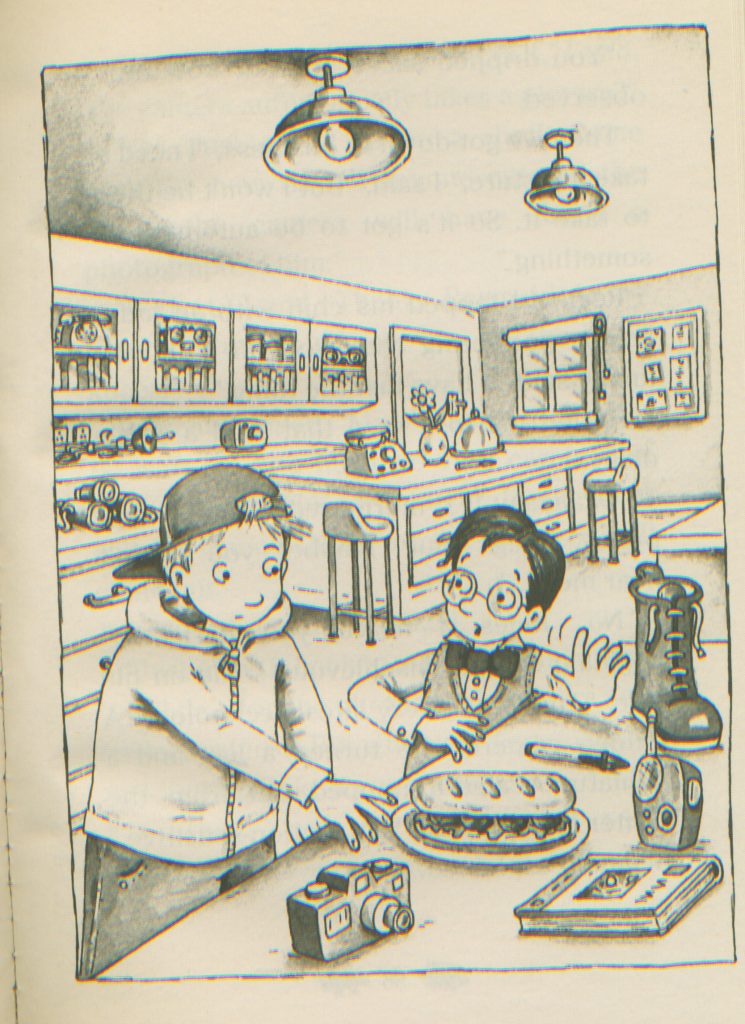 Illustration by Jamie Smith from THE CASE OF THE SANTA CLAUS MYSTERY. Jamie contributed so much to this series, drawing the interior illustrations for approx. 30 titles. Thanks, my friend, forever in your debt!

In The Santa Claus Mystery, I first used Reginald to pay sly tribute to the classic “Q” character from the James Bond movies. An aside: I very much enjoyed how “Black Panther” updated Q in the character of Shuri, charismatically played by Letitia Wright. It’s a hoot to have that high-tech expert on hand to assist our hero with funky (and entertaining!) gadgets. The scene I wrote in Santa Claus so tickled my funny bone, I felt compelled to bring back a variation of it in the new book, The Case of the Hat Burglar, amazingly the 42nd title in the grand opus.

Let me give you the setup and a brief excerpt. In chapter 7, Jigsaw needs help. Someone has been stealing items from the school’s “Lost and Found.” Jigsaw and Mila visit Joey’s lab seeking assistance:

At the front curb, my brother Billy rolled down the driver’s side window. He called, “I’ll be back to pick you up in an hour, Worm!”

He zoomed away, leaving Mila and me at Reginald’s front door. I did a few push-ups on the doorbell. Gong-gong-gong.

Mila shivered. She blew clouds of cold air from her mouth.

“Reginald expects us,” I said. “I told him all about the case.”

The front door opened. “Jigsaw and Mila! Splendid, splendid!” Reginald ushered us inside. “It’s frightfully cold out there.”

I noticed that Reginald had on a pair of baby blue bunny slippers. The slippers looked toasty, but they didn’t match his outfit. He wore a sweater-vest over a white shirt and a yellow bow tie. Neat and tidy, as always.

I was glad I didn’t have holes in the toes of my socks.

We shed our winter clothes and kicked off our shoes. Those were the house rules: no shoes, sneakers, or boots. Reginald handed our things to a tall butler, Gus, who had appeared at his side.

“No, thanks, Gus,” I replied. “There’s too much of that going around already.”

He raised an eyebrow, confused.

Gus harrumphed and said, “Suit yourself.”

“Reggie, your house is amazing!” Mila gushed. And she was right. It was amazing — if you liked things like indoor swimming pools and private game rooms and seventeen glistening bathrooms with gold faucets.

I thought it was a little much.

We followed Reginald down a long hallway.

Sploinnng! A suction cup attached to a spring popped out of the sole.

“Cucumber sandwiches, yum,” I groaned. It was the last thing in the world I’d want to eat. I was a peanut butter and jelly kind of guy. “Sadly, Reggie, we don’t have time for snacks. We’re here on business.”

Reginald perked up when I told him we needed a way to keep an eye on the Lost and Found.

“We can’t be there to watch it all the time,” Mila explained.

“Ah, I have just the thing.” Reginald walked across the room and picked up a guinea pig plush toy.

Reginald used a pinkie to push his glasses back up his nose. “It contains a motion-sensitive camera. The very latest technology,” he said. “Daddy got it on one of his business trips. Just point the nose to the area you wish to watch, and the camera automatically snaps a photo whenever anyone walks past.”

Mila examined it closely. “Perfect,” she announced. “And cute, too.”

“I can have the photos sent to you — to a cell phone, laptop, home computer, whatever you’d like,” Reginald offered. He handed me a headset. “If you’d like, we can communicate using this. Stereo sound, naturally.”

I shook his hand. “Reggie, you’re the cat’s meow.”

He smiled broadly. “My pleasure, Jones. I’m happy to help. But before you go, please take a moment to enjoy a delicious cucumber and cream cheese sandwich.”

He looked up at me through round, hopeful eyes.

I frowned at the tray of sandwiches.

Mila’s eyes twinkled and she gave me a secret nod. I knew what I had to do.

“Sure,” I said to my friend, Reginald Pinkerton Armitage III. “Who doesn’t love a cucumber sandwich?”

For those keeping score at home: The brand-new Hat Burglar will be published in Fall, 2019. Golden Key is currently out-of-print, but coming back revised and updated sometime in 2020. Double Trouble and Santa Claus are both out of print — but you never know! By 2020, there will be 14 titles available in bookstores, all published by Feiwel & Friends at Macmillan. Several titles will be offered on Scholastic’s SeeSaw Book Club this year.