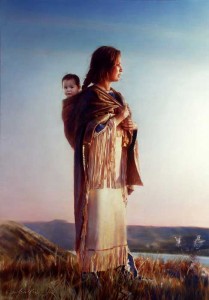 Gr 4-7–William Meriwether Miller—named after Lewis and Clark—is not happy about embarking on a wilderness adventure with the father who walked out on him and his mother. It’s not what he had in mind for his summer (he’s missing the chance to play on the All-Stars baseball team), but his mother insists. So he and his father, a history professor working on a book about the famous explorers, set off from Minnesota to North Dakota, driving, camping, rafting, and hiking along the Lewis and Clark Trail. As they work together to overcome obstacles and help a pregnant 15-year-old runaway, Will slowly gains a better understanding of his father. When he finally learns the reason behind the trip—his mother has been diagnosed with breast cancer and is starting treatment—he comes to appreciate his family as they are and not as he wishes they could be. The lively narrative is interspersed with Will’s entries for a school writing assignment, which contain lots of facts about the original journey, as well as postcards to his mother. Despite the emotional heft, there is plenty of action, including white-water rafting and a close encounter with a bear. VERDICT A middle grade winner to hand to fans of history, adventure, and family drama.–Laurie Slagenwhite Walters, Brighton District Library, Brighton, MI <<
Category: The Courage Test / Tags: 2016 Junior Library Guild Selection, An Illegal Girl, Breast cancer in children's books, Fort Mandan, Illegal immigration in children's books, James Preller, Lewis and Clark, Sacagawea, School Library Journal, Seaside Oregan, The Courage Test Review, Toussaint Charbonneau, William Meriwether Miller