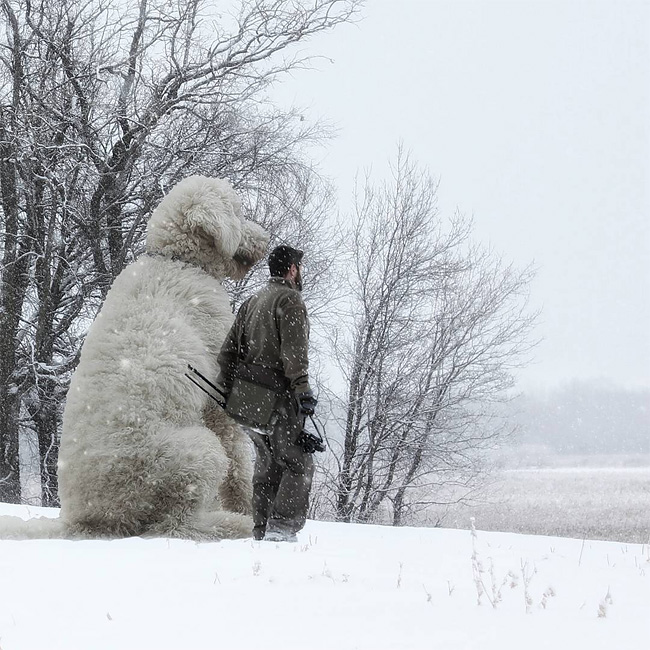 There’s something fetching about a giant dog, isn’t there?

Many of us still remember Clifford the Big Red Dog, and the wonder of that so-simple idea: a really, really big dog. 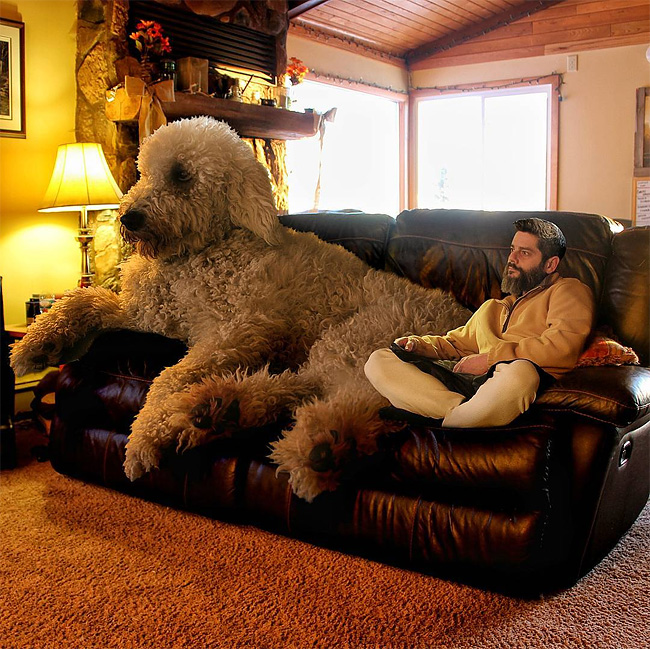 Well, this guy has the same issues. 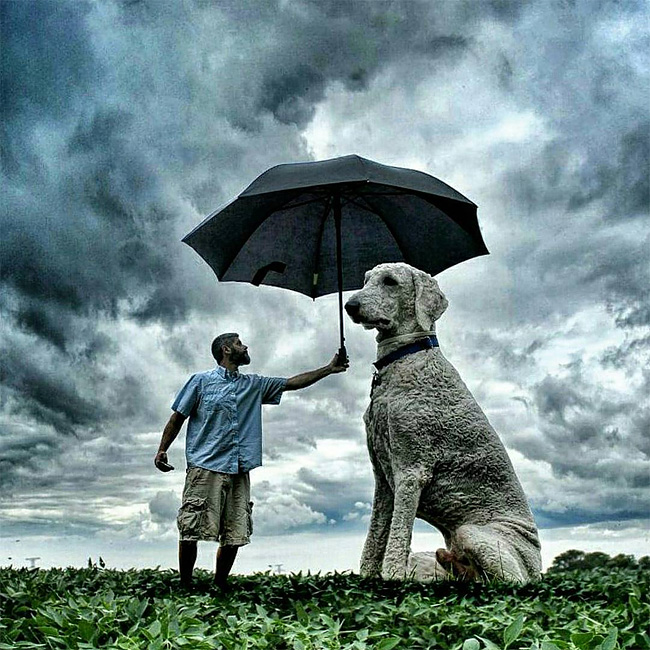 Except his dog is a goldendoodle, like ours here at Chez Preller, the lovely Daisy. They are, I think, a goofy but lovable breed. And so fun to look at. 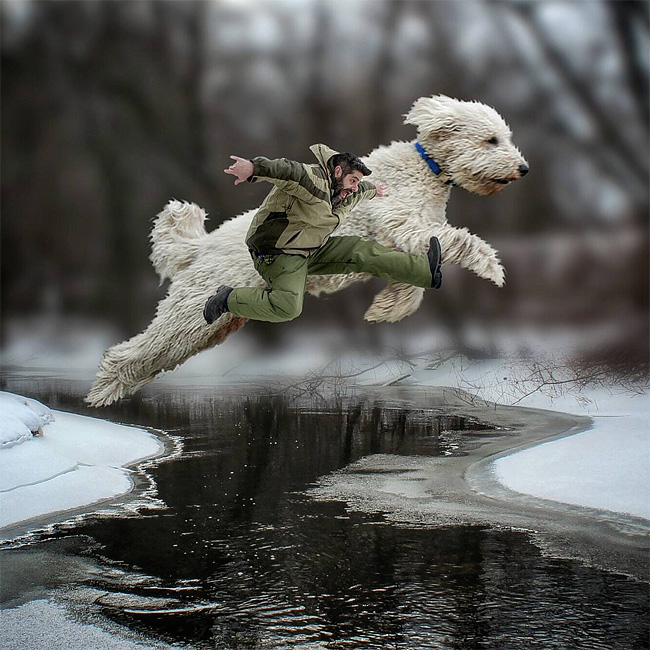 It is possible, however, that the photographer here, Christopher Cline, is just having a blast with Photoshop. I’m saying: This might not be a real dog! Don’t believe everything you see on the internet, folks. But in this case, well, wouldn’t it be awesome? In 1817, the poet Samuel Coleridge first wrote about the “willing suspension of disbelief,” and I think that’s where I’m going to live for a while longer. Marveling at this amazing dog. Believing. I think Norman Bridwell would approve. To read more about Chris and his photos, click here.