Here we go, folks. Since this letter essentially consisted of questions, I broke format and inserted my answers directly beneath each question. For your reading pleasure!

This is South Korean student reading your book, Bystander. I really enjoyed reading your book. Your book is even used in debate topic in S.K’s book debate. I am little confused with some parts. And I hope you answer my questions. Thanks.

1. Why did Hallenback hate Eric so much? Eric wanted to help Hallenback.

I don’t have all the answers on this, and by that I mean that your insights are just as valid as mine. For me, I think you need to go back to the opening scene of the book. Hallenback has just been terrorized. He is covered with ketchup, scared and humiliated. Who does he run into but Eric Hayes.  At that first meeting, Eric witnesses David in his time of shame. Utterly degraded. In Eric’s eyes, David Hallenback would always be that bullied kid, covered in ketchup, and Hallenback instinctively knew it.

Later on we learn that David desperately wanted to belong to Griffin’s group. He would have been a lot better off if that was not the case. David resented how the new kid in school, Eric, could quickly be accepted in Griffin’s group of friends. I think when Eric tried to show sympathy to David in the hallway, David perceived it as pity, that Eric was “feeling sorry” for him. So that angered David, too. Remember, when David is hurt or rejected or humiliated, he feels anger — but he doesn’t want to direct it at Griffin. That anger needs a different outlet. Later when Griffin whispers into David ear, asks a favor, David is only too glad to accept. Finally he’ll have a seat at the table.

2. Why did Hallenback try to be friends with Griff?

Oops, I sort of answered that above. For a variety of reasons, Griffin held a certain appeal for David. Griffin was smart, handsome, popular, all the things David wished he could be.

3. What did Eric help directly to Hallenback? He just advised him that don’t let Griff to treat himself with sneer. He just said he understand Hallenback. What help did Eric give to Hallenback?

Foremost, I think Eric was basically decent to Hallenback. Not friends, but civil, respectful, tolerant, compassionate. One time (chapter 19), Eric even tried to reach out to Hallenback a little bit, advise him against Griffin. It only made David angry. In the end, Eric tries to show David another small kindness by offering him a seat at the lunch table, a show of acceptance, but David rejects the offer. Oh well. 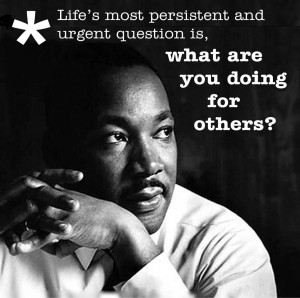 4. When Cody got angry with ‘Weasel’ and fought, why did Eric smile in the end? He even thinks ‘Hallenback found out the way to be in Griff’s group’ Is this mean Eric understand Hallenback betraying him, and kicking him? Is he that kind?

No, he’s not that kind. Though maybe he has a twisted sense of humor. The smile and laugh came when Eric was on the ground, bleeding and beaten, and he understood at that moment why Hallenback had betrayed him in the cemetery. David had gotten his unfortunate wish. The smile also signaled to the reader that Eric would be okay.

5. Is Hallenback changed in the end? If he does, how??

I don’t think he’s changed at all, actually. He’s still the same guy. But we’ve seen changes in the people around him. Eric has gained in understanding. Mary changed a lot; so did Cody. We also saw that the police had their eye on Griffin, who had been stealing from parked cars. The future does not look bright for Griffin Connelly. I think in some ways that is what is different about the book. Usually we see how the “bully” is transformed in some positive way. He turns into a nice guy, realizes the error of his ways, everybody becomes friends, etc. I didn’t want to write that kind of book. My focus was on the bystanders, the vast majority, the place where I thought the most meaningful change could occur. I’ll leave you with a quote by Martin Luther King: “The ultimate tragedy is not the oppression and cruelty by the bad people but the silence over that by the good people.”

I have so many questions on this. I am so curious about these to know. I hope you would answer these. Thanks~

You are very welcome!