My apologies, friends and neighbors, for ignoring this blog.

I have an excuse!

I had ear surgery nine days ago and, well, it’s not nearly as fun as it sounds. While the prognosis is good, the short-term result has been consistent dizziness. Only now am I beginning to emerge from the woozy fog. I still stagger around, and I’m very careful on stairs, but I can finally read for brief passages and — look! — write in bursts. But it’s a strange sort of writing, because I feel as if only half of my brain is engaged in the activity, going on autopilot. I can’t tell if I’m making sense or not.

Anyway, I got a terrific note the other day from a friend who is on sabbatical in Scotland.

For book week last week the kids at Claire and Graham’s school were encouraged to dress up as a book character.  Claire announced that she was not doing it because “P7’s (her grade) do not dress up,” but Graham was game. He decided to be Jigsaw Jones and made this costume all by himself.  I thought he did a great job considering our limited costume making supplies. 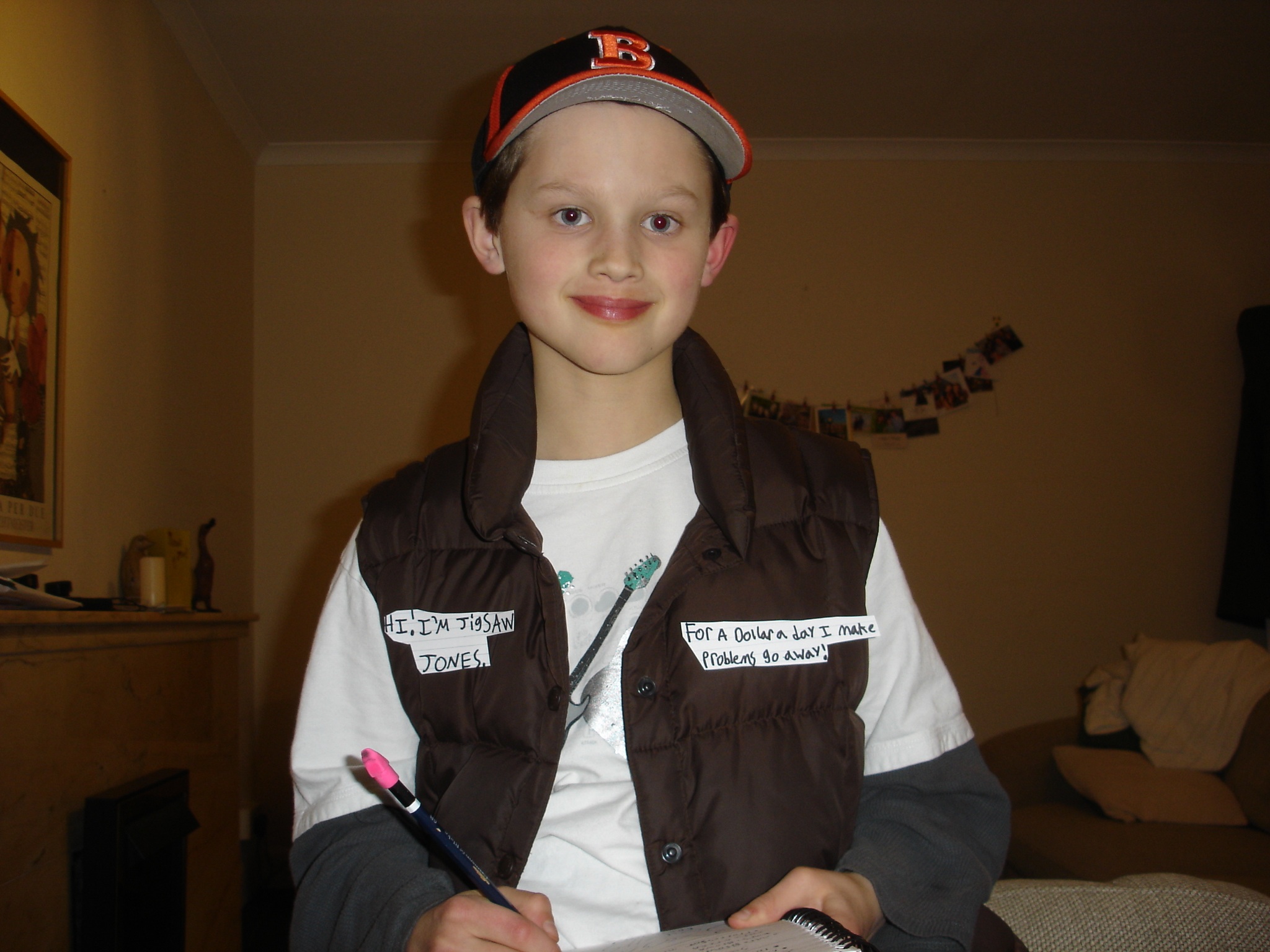 That was sweet to learn, since Graham is a personal friend of mine and, I might add, one heck of a hockey player. I keep wondering about those poor, confused Scottish kids who never heard of Jigsaw Jones — big in Germany and Portugal, but a nobody in the British Isles. They must have stood there, dressed in tartan and clutching their Bay City Rollers lunch boxes (right?), wondering what kind of books this crazy American was reading. I told Graham that he really should have been Clifford the Big Red Dog or, I don’t know, Lord Voldemort. But I accept the honor with gratitude.