My oldest son is a high school senior, gearing up for college. We’re in the application phase, after whittling down the choices to eight colleges. It fell upon me to write the parent perspective, which I did a while back.

As you may know, I wrote Six Innings based in part on Nick’s Little League experiences, combined with my own as an ex-kid, a father, and a long-time coach. It weird and maybe goofy how so many of the biggest things in my life, including my relationship with my mother, comes back to baseball.

Not sure why, but today I thought I’d share with you what I came up with:

Early one night in May, Nick sat in the stands beside his stepmother, Lisa, and watched as his fifth-grade brother, Gavin, hit his first home run of his Little League career. It was a booming shot, high and far. As the team’s manager, I stood in the third base coach’s box and worked to contain my elation. Play it cool, I told myself. So I smiled at Gavin as he rounded second base, gave him a low five when he turned the corner and headed home. A wonderful moment for my little guy, and a thrill for any parent. A minor dream realized.

Seven years earlier, I had coached Nick on that same field. He needed a courtesy runner back then, unable to run the bases, as he was in the midst of chemotherapy treatment for leukemia. Nick was first diagnosed at age 26 months, went through three years of tough medical treatment, then relapsed again in fourth grade. Two more years of chemo, far worse this time around, spinal taps, toxic drugs, surgeries. Nick weathered it all with stoic calm, his bravery mixed with a child’s denial. Nick’s steadfastness pulled him through.

For Nick, cancer was something to get through, and move beyond; something to willfully ignore and, finally, push back into the dark closet of the past. And yet it is always present, will always be a central fact in his life. Those five hard years, the setbacks and the struggles, the blows to his confidence and self-esteem. And then the slow, steady rise from those depths to where he stands today, on the cusp of a great future.

I’m sure that every father has visions of his child’s successes. The home runs hit, the tests aced, the races won, the pretty girls kissed. We all look at our children and see the great possibilities; we dream of the potential realized, the wild hopes fulfilled and surpassed. Yet on that same baseball diamond, Nick was never a star. He didn’t hit well, didn’t even move well. He struck out too often. Nick’s face was puffy, bloated from prednisone, muscles achy from vincristine and methotrexate. He missed a few games due to fatigue, too sick to rise from the couch (though he rarely missed a day of school).

As a parent of a child with cancer, I had to reconcile some of those dreams of stardom with this new reality: Nick would not be hitting blasts over the wall, circling the bases to return home to the cheers and admiration of his teammates. That’s my boy, that’s my boy. No, it became enough –- more than enough –- that he simply played, a boy on the green grass among other boys, searching the sky for high-flying baseballs.

After Gavin returned triumphant to the dugout, I glanced in the direction of my wife. Lisa smiled at me, gave a little wave. And beside her sat Nick, a seventeen-year-old boy who had come to watch his little brother play. Not just to watch, but to root for Gavin, to hope and dream of home runs like the rest us. When I looked at Nick’s beaming face, I could not help but remember all that he’d been through. And I did not see any jealousy in his eyes, or envy, or the slightest trace of bitterness. Nick only showed pure, fierce pride in his little brother, maybe a little awe, and a lot of happiness.

He’s a good guy, that Nick.

In his life’s journey, Nick has traveled far, with many miles ahead. And I’m here to say that I’m proud of the young man he’s become.

As far as I’m concerned, he’s already knocked that ball over the wall, high and far. 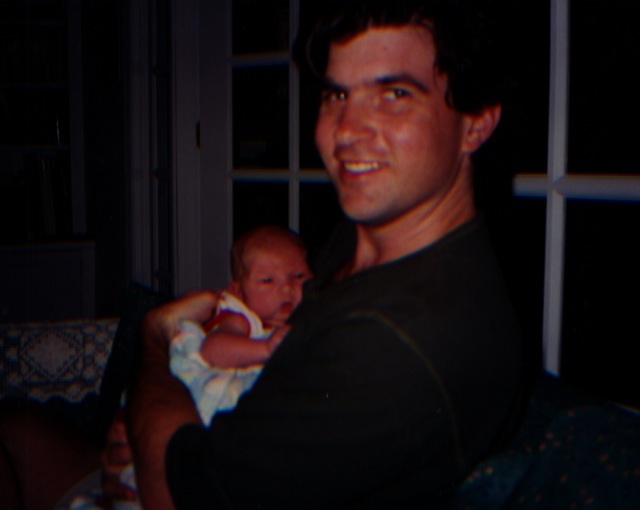