Getting Boys to Read: Two Authors Chat About It (part 2)

A while back, author Kurtis Scaletta and I shared on this blog an online chat we had on the wide-ranging topic of “the reading gender gap.” Specifically, we discussed an Associated Press article, written by Leanne Italie: “How to get boys to read? Try a book on farts.”

If you missed it the first time around, click here to read that conversation.

Today we’re back at it again, this time responding to a provocative piece written by Thomas Spence for The Wall Street Journal back in late September. I really encourage you to read it, and you can do so by banging on this link.

Here’s a few paragraphs from Spence’s article to set the stage:

One obvious problem with the SweetFarts philosophy of education is that it is more suited to producing a generation of barbarians and morons than to raising the sort of men who make good husbands, fathers and professionals. If you keep meeting a boy where he is, he doesn’t go very far.

The other problem is that pandering doesn’t address the real reason boys won’t read. My own experience with six sons is that even the squirmiest boy does not require lurid or vulgar material to sustain his interest in a book.

JP: Nice, sunny. It’s December, so it’s all about sunshine. We can go grim stretches of gray without it.

JP: I’m typing from a windowless basement, so I feel your pain. Anyway, do you remember your first gut-reaction to Spence’s article?

KS: Yes, but every time I go back to it I feel differently. My gut reaction was to feel the same outrage and disgust as the author. Now I’m not sure it’s a fair piece.

JP: I agree. But let’s stay with the positive for a moment.

KS: The gist of his point was nicely summarized in one sentence: “If you keep meeting a boy where he is, he doesn’t go very far.” That’s my philosophy as an author of children’s books. I want to set high expectations for children. My experience as a child who loved reading and as a book club facilitator is that kids who love reading are reading a bit ahead of themselves, if that makes sense. I think of books as grappling hooks. Kids throw the hook up and then climb up to it. They deal with issues through literature, then confront them personally. And the truth is that books like Sweet Farts — which is about science project — might do that. But the treatment in the popular press is that boys can only be saved if we dumb down their books. It’s that message that worries me, not the books.

JP: Backing up a bit, Spence was reacting against — and at times, churlishly over-reacting –- to the AP article we discussed a month ago. This lazy idea that boys are somehow primitive creatures. 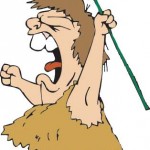 KS: I guess that’s it. Boys are dumb, you need to give them dumb books. Don’t bother giving them anything else, they won’t enjoy it because they’re all video-game-crazed and have the attention spans of gnats. 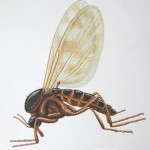 KS: Like I’ve said before (even on your blog), to an extent when you say what boys like you are telling them what they like. You set expectations. Kids are always looking to adults to know who they are and how they’re supposed to behave. Man, I see myself doing it now that I have a kid, and he’s only a baby. Trucks on his sheets, sports themed jammies.

JP: I was reading an article the other day, and it focused on how boys influence the reading of other boys, this peer-checking system where, in groups, maybe it’s not so cool to admit to liking certain kinds of books. So the boys do it to themselves, too — to the point where some boys don’t even want to admit to liking books.

KS: Oh yeah. I remember as a boy that some books had to stay at home. Betsy Byars, Judy Blume.

JP: Right, bring one of those books to the lunch table and here comes the “Are you gay?” comment.

KS: Heh. But parents and teachers shouldn’t encourage that by creating “boy book” sections that are all farts and firetrucks. So we’ve been over this and I guess the question is, in the words of Boss Tweed, what are you going to do about it?

JP: Which is why we come back to the critical importance of male role models — of men reading, sending the powerful message that reading is a guy thing. 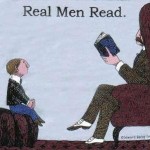 KS: And reading all kinds of stuff. But I think there has to be some kind of message sent to teachers and libraries and parents as well. “Stop selling boys short.”

JP: As of today, 15,024 Facebook users “liked” The Wall Street Journal article and it generated almost 200 comments. So it obviously touched a nerve.

JP: He is awfully unfair though. These broad swipes at R.L. Stine, for example, whom I see as a sincere, talented man with an uncanny gift for plot who writes lively, fast-paced thrillers that many kids (girls, too) genuinely enjoy.

KS: Yes, and I saw an interview with Raymond Bean that made me reconsider his book, Sweet Farts. I guess I’m jealous of the instant success of it based on a scatological theme, but it’s just about a kid’s science project. If you said, “Kurtis, a book about a science project for middle school readers is a big hit,” I’d think that was cool.

JP: Likewise, I think it’s easy to under-estimate the “Captain Underpants” series. In the hands of a lesser writer, those books might be awful. But I found them genuinely funny. It doesn’t read like pandering to me. My oldest son, Nick, now 17, loved them. He even wrote a piece of fan mail to Dav Pilkey. And Nick is still a reader today and a great student. I think we’re agreed: It’s not about the books — there are so many, many great books out there — it’s about the collective perception of boys and what they are capable of, what they may one day become. 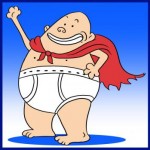 KS: Exactly. All I can do is write the books I want to write and hope they’ll catch on.

JP: I’ve come to intensely dislike lists of “books for boys,” because they are so dependent upon limited (and limiting!) stereotypes. These lists are almost part of the problem, I think, because they seem to inevitably lead to the lowest common denominator — i.e., all boys love gross-out books!

KS: The problem with a boys book list that isn’t diverse is really two-fold. First, it sells boys short. Second, it makes boys who have different tastes feel like they aren’t proper boys. It’s something serious to think about. There’s so much emphasis on getting boys to read at all that we lose sight of the big picture. Books shape us. That’s why they’re important. It’s not just about doing well on the SAT. But that’s just the mainstream media. I’ve learned that scholars and teachers are having a completely different conversation.

JP: Previously you talked about books that are game-changers, those singular reading experiences that can turn kids into life-long readers.

KS: Yeah, the conversations I mean are at a much deeper level. They aren’t looking for ways to “trick” kids into reading. They’re looking at those books that Stephen Krashen calls “home run” books — single books that turn kids on to reading because they affect them in profound ways. 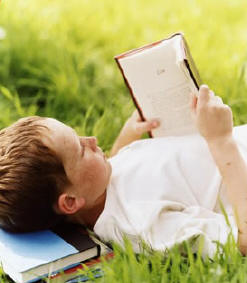 JP: Reading is such a private experience. Alone with a book. It’s when readers can be most authentically themselves — at a time in their lives, for these boys, when they are really uncertain about who that “self” is or might become. Great literature has done that for me. It’s helped shaped my thoughts, my feelings. When we say we want boys to read, those are the experiences we are hoping they’ll have.

KS: And William Brozo’s work has probably given me more thought about my own work than anybody else. He has written about the male archetypes in books.

JP: I read Brozo’s book on your recommendation.

KS: I haven’t figured it all out yet, but Krashen and Brozo have made me really thoughtful about my own work.

KS: I mean that when I write books I’ll be thinking about the men my boy characters are becoming. It’s done instinctively in Mudville, but for the most part I don’t think more than a month ahead in the lives of my characters.

JP: Interesting. When I wrote Bystander, I clearly saw the character of Griffin very likely ending up in prison some day. On a somewhat-related note, when my son was very sick, it really put parenting issues to a test. It was so tempting to spoil a kid with cancer. Here, have whatever you want! But we’d remind ourselves, “We’re not raising a sick boy, we’re trying to raise a healthy adult.”

KS: I love that statement, Jim. I remember it from your blog. I was repeating it to everyone for a week at least . . . of course your wife gets the credit.

KS: Well, I’ve got to head off to work. Maybe we can pick this up in a future conversation. It’s a great topic. And one that writers might find useful.

JP: Thanks, I learn something every time we talk. And by the way, I’m really looking forward to your upcoming book, Tanglewood Terror. Is it a book for boys? Ha!

KS: Tanglewood Terror has some definite influence of Brozo, which I read while I was writing it. There’s a really rough-and-tumble boy, a football player, but he’s also sensitive. He cares a lot about home, family, wildlife. It was tricky to communicate that in his voice, since it’s a first person story. I wanted to show that there was no paradox there. 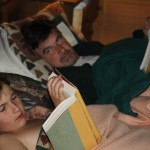 JP: Quick story: My 6th-grade son, Gavin, is a pretty good athlete, and reasonably competitive. He wants to do well. This week in intramurals they are just now self-selecting teams for a four-on-four tournament. So last night one of his longtime friends called to see if he could team up with Gavin. However, his friend is not very good, to put it mildly. Now Gavin is conflicted and has to navigate some tricky issues. And I thought to myself, that’s exactly what Along Came Spider was about. It’s what being a human being is about, pulled in different directions. How do you do the right thing . . . and still win? And what is the right thing? And how important is winning? It’s not always clear.

KS: I can sympathize with his friend. I guess I’d say, in ten years you won’t remember who won this tournament, but the kid who gets dumped will remember it. But maybe that’s just my perspective as someone who was a liability on every team I was ever on . . . I guess I write about kids who are good at sports to get over it.

JP: True, but I can sympathize. He wants to compete, not get crushed by his peers. There’s a pecking order, and status in the pack to be considered. It’s hard for a young boy to willfully surrender that, at a time when athletic skill is the currency of the playground. My point is that in the final analysis — actually, I believe it’s our point — is that “boy” cannot easily be reduced to a handful of cliches. Each lad is vast and full of conflicting impulses and contradictions. Walt Whitman’s, “I am large. I contain multitudes.”

KS: I love that line.

JP: So let’s stop here while we’re behind. I leave you with a look at Walt’s amazing face. 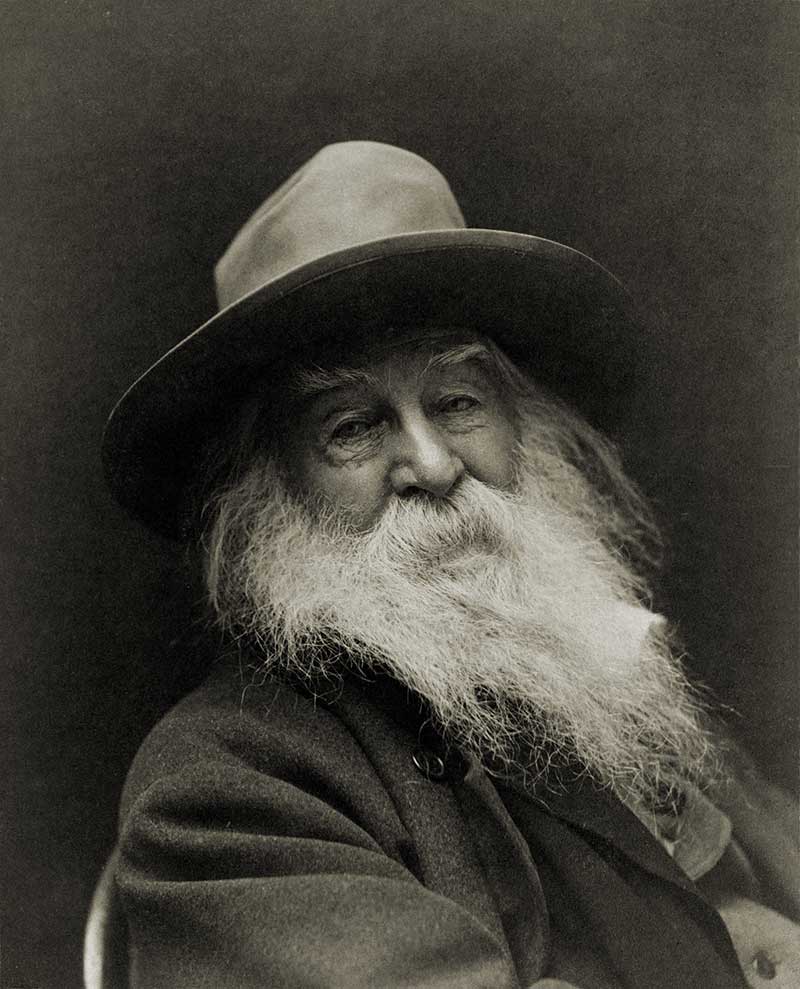