“In a minute there is time for decisions and revisions which a minute will reverse.” — T.S. Eliot

For the end of “Revision Week,” I thought I’d quickly throw up some quotes that I’ve come across recently, or recently remembered and found again.

“What I had to face, the very bitter lesson that everyone who wants to write has got to learn, was that a thing may in itself be the finest piece of writing one has ever done, and yet have absolutely no place in the manuscript one hopes to publish.” — Thomas Wolfe

“I’m a rewriter. That’s the part I like best…once I have a pile of paper to work with, it’s like having the pieces of a puzzle. I just have to put the pieces together to make a picture.” — Judy Blume.

“If a teacher told me to revise, I thought that meant my writing was a broken-down car that needed to go to the repair shop. I felt insulted. I didn’t realize the teacher was saying, “Make it shine. It’s worth it.” Now I see revision as a beautiful word of hope. It’s a new vision of something. It means you don’t have to be perfect the first time. What a relief!” — Naomi Shihab Nye

Comment: I love this one, and I think it goes directly to the heart of both revision and the spirit of the first draft. I have not read Nye’s work. I’ve learned she’s a poet who has published some picture books and YAs. This one got a starred review from Booklist: 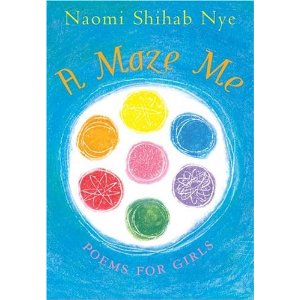 “Sit down, and put down everything that comes into your head and then you’re a writer. But an author is one who can judge his own stuff’s worth, without pity, and destroy most of it.” — Colette

“If it sounds like writing, I rewrite it.”— Elmore Leonard.