It was one of those mornings when I clung to my cup of coffee, newspaper on my lap, and waited for consciousness to take hold. 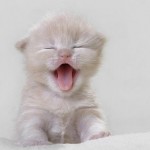 So, naturally, Gavin and Maggie were especially chatty.

For the next fifteen minutes she demonstrated her fake laugh.

Then it was Gavin’s turn to take a drill to my skull. He delighted in telling me about his exploits playing Madden 10 on the XBox. The level of detail was excruciating. He explained to me the draft, the trades he made, the trades he almost made, the players on the opposing team, his overall record, the score at halftime, his precarious field position with 50 seconds left, play by play by play, endlessly.

I have often felt that all boys contain elements of Asperger’s; they are the collectors, the ones who go on at length about dinosaurs and trains; who can talk and talk without much interaction. They never seem to ask, “Am I boring you?”

I was patient with Gavin, stupified into submission, and nodded and grunted and asked for clarification accordingly. Is there anything more painstakingly tedious than a kid describing his video game adventures? Even if it’s a kid you kind of like? The answer is yes, an adult telling you about his Fantasy Baseball Team. But it’s close; they’re first cousins.

So finally it was time to drive to school. Gavin kept talking — this is the boy stuff in his very good brain, the material overflowing, the things he puzzles over, that excite him, that he thinks about at night: Madden 10. 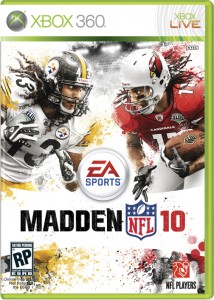 I don’t think he recounts these stories for his mother; no, he saves up this stuff for Dad. This is our special conversation, and it would be wrong for me to shut down that tap.

As we drove, from the back seat Maggie practiced her fake laugh in its many shades and varieties: a titter here, a booming guffaw there, snickers, whoops, howls and giggles. Sometimes I’d interrupt Gavin, use the rear view mirror to lock eyes with Maggie to say, “That was a good one, Mags. Very authentic.”

But mostly I was counting the seconds till I could pull over and say, “Bye-bye!”

More fake laughter, this time without smiling (because it’s a mixed-up crazy world and you can find ANYTHING on Youtube):