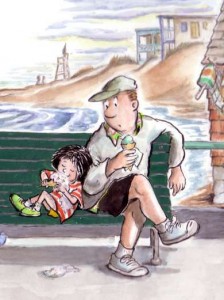 Category: Jigsaw Jones / Tags: Andrew Clements, How a cover is made, Jigsaw Jones, Matt Ringler, R.W. Alley, The Case of the Secret Skeleton, The Creative Process