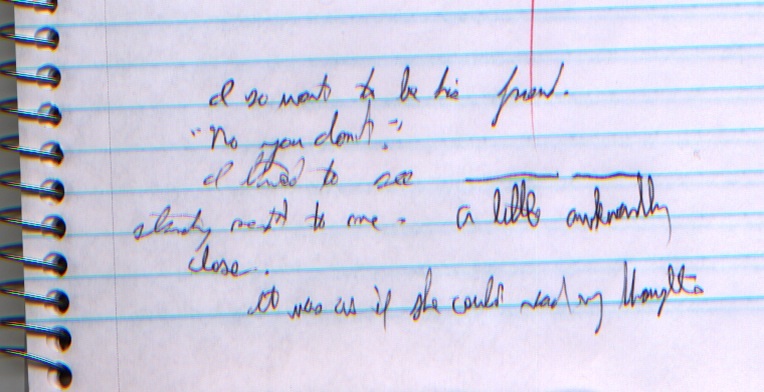 Good news for schools interested in using Bystander as part of a “One Book, One School” program, or on Required Summer Reading lists, or as part of an anti-bullying initiative: The book will be available this May in paperback.

Or, at least, cheaper. 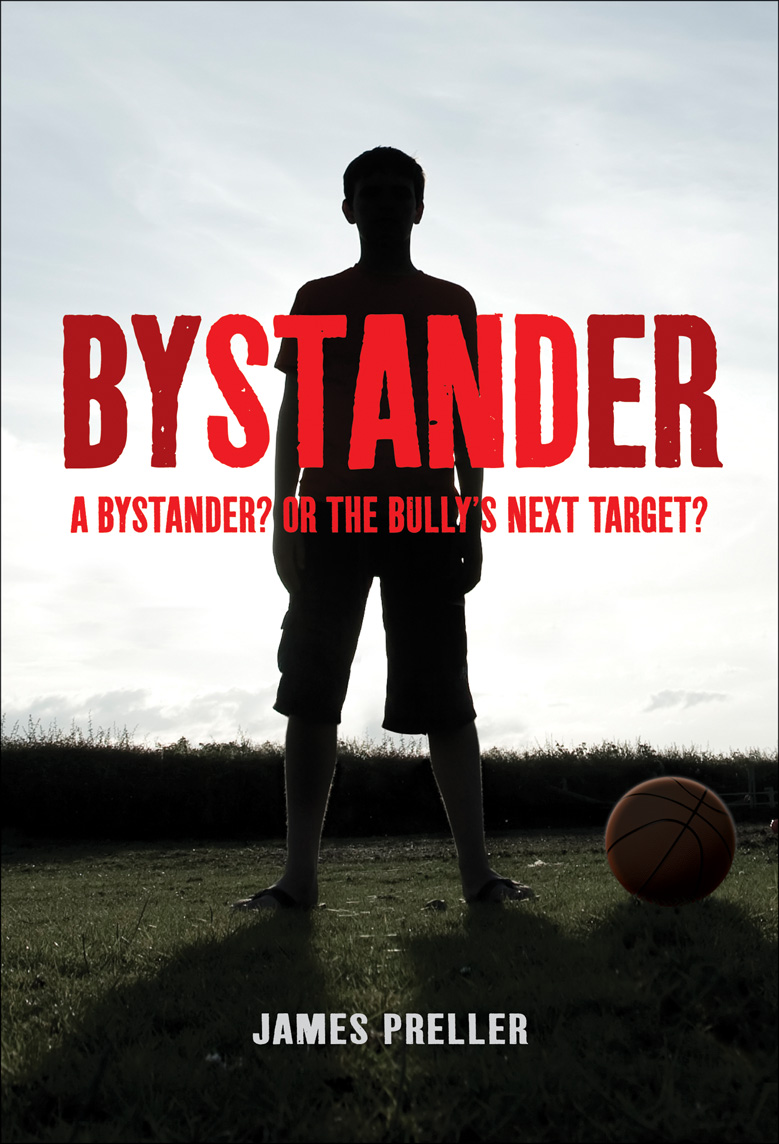 “Preller has perfectly nailed the middle school milieu, and his characters are well developed with authentic voices. The novel has a parablelike quality, steeped in a moral lesson, yet not ploddingly didactic. The action moves quickly, keeping readers engaged. The ending is realistic: there’s no strong resolution, no punishment or forgiveness. Focusing on the large majority of young people who stand by mutely and therefore complicitly, this must-read book is a great discussion starter that pairs well with a Holocaust unit.” —School Library Journal, Starred Review.

“Expertly written and rich on multiple levels, “Bystander” weaves a realistic tale of the bully, the bully’s targets and the physical and emotional pain that the victims suffer. It explores what might happen when someone decides to no longer be a bystander and to do something about the bully’s behavior.” — Kendal Rautzhan, Nationally Syndicated Columnist

“Should be required reading for students in middle school or just getting ready to enter middle school.” – Literate Lives.

The Tyranny of Silence

When I was working on Bystander, I kept running across different quotes by Martin Luther King, Jr. He would often express the same idea in subtle variations. Dr. King issued an indictment against the tyranny of silence, reminding us all of our responsibility to speak up. King believed in the common good. He had an abiding faith in his fellow man. If only we would stand up to be heard, then justice and democracy and human kindness would surely prevail over cruelty and prejudice. 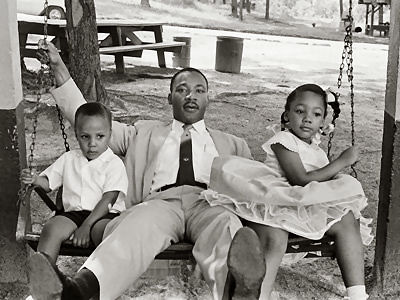 Here’s a few of my favorite quotes from Dr. King:

“The ultimate tragedy is not the oppression and cruelty by the bad people but the silence over that by the good people.”

“Our lives begin to end the day we become silent about things that matter.”

“In the end, we will remember not the words of our enemies, but the silence of our friends.” 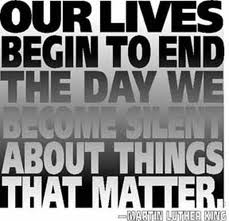 Here’s an easy one!

Hi, My name is Sheyanne and I live in Watseka, Illinois. I am in 5th grade, and I am doing a book report on The Case of the Haunted Scarecrow and one of the questions I have to answer is where did you attend school at in 5th grade? If you could answer my question I would be very thankful.

Sheyanne, I attended St. Frances de Chantal Elementary School in Wantagh, New York, from grades 1-6. It was a Catholic school and we had to wear uniforms: dark green pants, white shirt, green tie. After sixth grade I transferred out early to attend public school and wear normal clothes.
–
It was better for the girls, though. They got to wear pink go-go boots with these really cool fringe leather vests that . . . no, not really. In fact, they wore ties, too. And high, thick green socks. Every girl in 5th grade had sweaty, itchy ankles. You need proof?
– 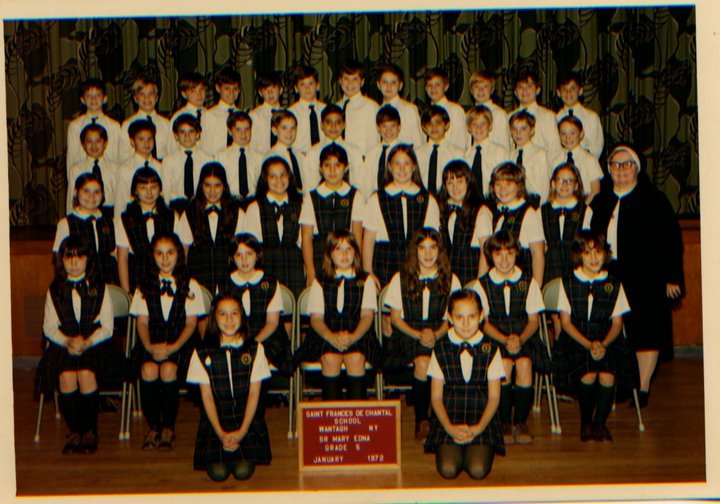 –
Here’s a photo of my 5th grade class with Sister Mary Edna. Count how many kids are in that picture: 23 boys, 18 girls. Yikes. There were no teacher’s aides in those days, just Sister Mary Edna and her strict rules and golden ruler.
–
Oh, what? Which one am I? Top shelf, fifth from the left. True story: One day we were on line to go to P.E. (in the auditorium, because we didn’t have a real gym, or a lunch room, btw). Anyway, Sister Mary Edna summoned me to her desk. She looked at me, slapped me across the face, and said, “Get a haircut!”
–
Guess what? I got a haircut.
–
Cheers,
–
JP

POSTSCRIPT: I heard back from Sheyanne and have to share her sweet reply:

I want to welcome you to my labor of love — FATHERSREAD.com.

This week I launched the new blog, dedicated to the proposition of male role models playing an important role in the reading life of boys.

Please stop by to check it out. And please, if you care about this issue, share a link with a friend, post it on your blog, spread the word. I really believe in the potential of this site, and right now it needs your support (only 17 visitors yesterday!).

So far this week at Fathers Read:

* Author Jordan Sonnenblick, recent winner of the Schneider Family Book Award for After Ever After, writes about “Five Things About Me as a Young Reader.” 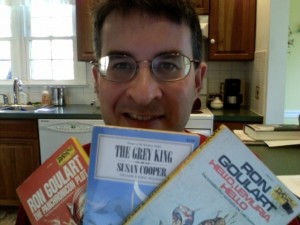 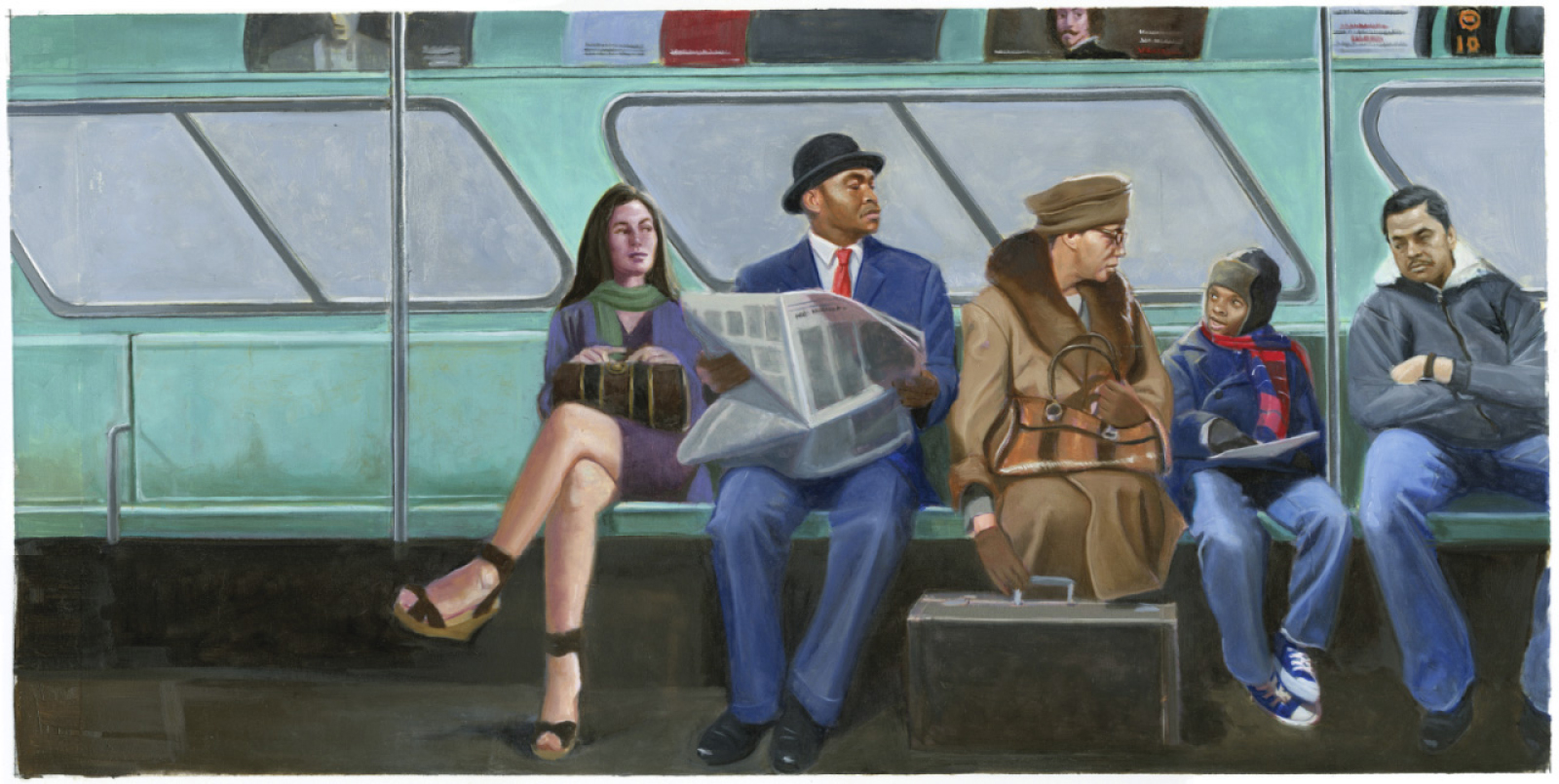 * And always, some quick, fun shots of men reading, complete with snide commentary. 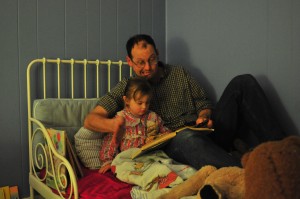 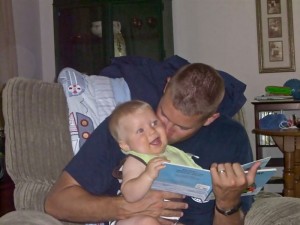 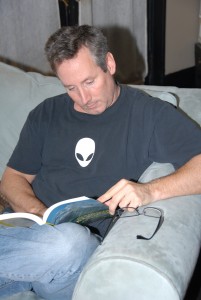 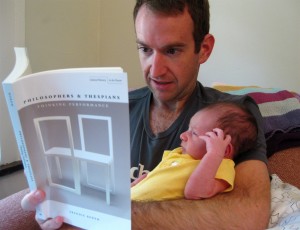 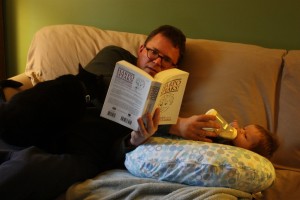 * In the future, there’s much more to come, as I hope to make this site a Grand Central Station for news and links regarding the reading gender gap.