As part of a late summer assignment, I received a terrific letter from Zander in Brooklyn, including his answer to the question, “What will happen to the characters in Bystander after the story?” 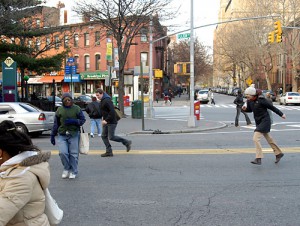 Here’s an excerpt from that letter . . .

Thanks so much for answering my questions. I really loved your book! I did a little writing about what I thought might happen to some of the characters in the future. I was wondering if you have ever thought about this? Do you think Griffin will continue to be a bully? What about the other characters? I also have to ask the obvious question — were you a bully or where you bullied in school? If not, why did you want to write this book? I’m really looking forward to your answers.

What I think will happen to the characters after the story:

I think Griffin will still be the bully, but he will be a lone bully with no clique by his side. About twenty pages before the book ended, Griffin’s gang separated from him; they were fed up with Griffin and his ways and felt bad for the people they hurt and picked on. Griffin may form a new clique, but I think the same thing will happen that happened to the original click, they will get fed up with Griffin’s ways. Eventually, Griffin will probably find out that this whole bully thing isn’t working out for him and turn over a new leaf, but I’m not so sure about that either; it’s not exactly Griffin’s way. The other problem is the relationship between Griffin and Griffin’s father. If the way Griffin’s father acts changes, Griffin will change with him. You see, Griffin mimics his father’s actions, and if those actions change, I have a good feeling that a new Griffin will be born. If they would go into therapy, this could be achieved. But since that didn’t happen in the story, it’s unlikely that it will happen now. Thus having Griffin stay the same.

I also think that Mary and Eric will still hang out a lot, they might be considered boyfriend and girlfriend, but I’m not sure. I also think that Griffin’s original clique will turn into Eric’s clique, or Griffin’s original clique will accept Eric as a member; either way, Mary will no longer be Eric’s only friend. Before I finished the story, I thought to myself that it would not be a “…and they all lived happily ever after” ending, and I was right. If the story continued on, I still think this would be true, but it would be a cheerier ending than it is now. 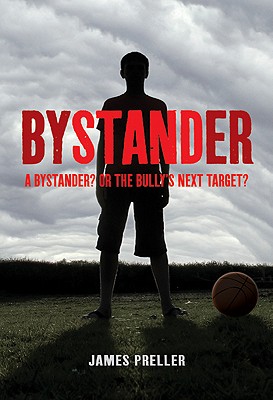 Thanks for reading my book. I like the angle you took on it, thinking about what might happen to the characters after the story is finished and the final pages read.

No, I was not a “bully” in school. But to be honest, that’s a big label and not something I like to stick on anybody. It’s not often accurate to tag people with easy labels. I believe there are bully behaviors, there are times when some of us might act in unkind ways, but that’s rarely ever the sum of the whole person. A so-called bully might also be a loyal friend, a good teammate, a loving pet owner, an adventurer, a son, a comic, a student, an athlete, and, yes, even victim. Research shows there’s often a duality. Someone engaged in bullying might be a victim of it in another part of his life (Griffin), while a target of bullying will frequently turn around to bully someone else (David). It’s a common dynamic. The bully part is just one aspect of character, something he sometimes does, not the whole person. And in that way, I think we all have a bit of a bully, and victim, inside us. Walt Whitman wrote, “I am large; I contain multitudes.” 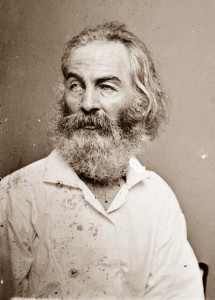 I’m not saying that bullying isn’t real. That there isn’t genuine hurt and, sometimes, devastating loss. We’ve all heard those tragic stories and I don’t diminish that pain for a second. But I think with that label we tend to turn every “bully” into a monster, and I suspect it’s subtler than that. Often the bully — or more accurately, the person engaged in bully behavior — is misguided, unknowing, doesn’t empathize fully, doesn’t really understand the effects of his behavior. I’m not ready to throw all bullies into the dungeon and throw away the key. I think most of us are good, decent people capable of making mistakes, poor decisions.

My primary reason for writing Bystander is that I wanted to tell a good story. I write realistic fiction, and I try very hard to be true to that word, “realistic.” I want my characters and situations to feel authentic, relatable. I want readers to identify with the story, to maybe see themselves, or someone they might know. Robert McKee, in his book Story, makes a strong case for the importance of “story” in our lives. We are surrounded by stories, and seem to hunger for them: movies, television, talk on park benches, at dinner tables, around fires, on stages and in books. McKee calls stories our “equipment for living,” and makes the bold claim: “A culture cannot evolve without honest, powerful storytelling.”

Wow. What do you think of that, Zander? Story is the fiction writer’s craft, a finer tool than a how-to book, or a nonfiction guide to a problem. Story doesn’t provide answers so much as it, hopefully, clarifies some of the questions. Not facts, but truths. And always the most important question is this: How to walk this earth? What kind of person are you going to be?

Well-told stories, as Harper Lee so beautifully demonstrated in To Kill A Mockingbird, allow us to walk in someone else’s shoes. If you haven’t seen the movie, I urge you to check it out. There’s a beautiful scene at the end of the book (and movie), when Scout walks Boo Radley home, climbs up the steps to his porch, and for a moment turns and looks at the world from his perspective. 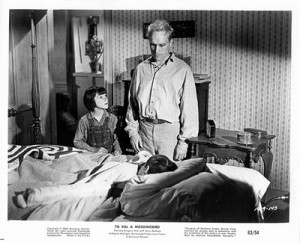 I first landed on the theme of bullying through conversations with my editor. I did research, read books, talked to experts, visited middle schools, and I gradually began to formulate the character of Griffin Connelly. The story grew out of that, until I became convinced that the focus had to be on the bystander, the silent observer.

From the beginning, I felt that Griffin was a boy on the wrong path. Obviously there are issues at home with his father. The mother is gone somewhere, his sisters have moved away, too. We know that Griffin has been stealing, and we know that the police suspect his involvement. Unless there’s some kind of dramatic change, I don’t see things ending well for Griffin Connelly.

I thought your analysis of the characters was insightful. I agreed with all of it. No, I did not write a happily-ever-after ending. But I’ve never been a guy who needs those kinds of endings in movies or books. I bristle when everything is all tied up in a tidy bow at the end. 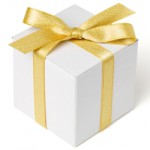 To me, that’s not life. That’s not realistic. Real life is messier than that, and not so simple, and I wanted my book to reflect that.

Thank you for your thoughtful response to my book.