The Legend of Talal Mirwani: How I Spoofed Jack Reacher in BETTER OFF UNDEAD The character Jack Reacher has been having a moment on Amazon Prime. Good for the Big Lug! Until recently, he’s been best known as the main character in Lee Child’s popular book series (and the unfortunate Tom Cruise movie). Reacher is a lone wolf, a drifter, and a former military investigator who always manages to find trouble. Or, as the cliche goes, is it Trouble that finds him?! The books are action-packed and wildly entertaining. You don’t read so much as devour them. 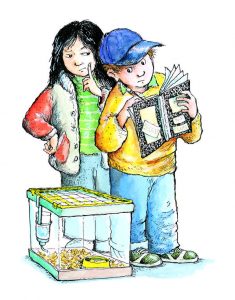 However, I grew tired of Reacher after 3-4 titles. He was too perfect for my taste. Confession: As the author of 42 Jigsaw Jones mysteries for young readers (ages 6-9), I have a semi-professional interest in literary detectives. One of the amusing things that Reacher does — amusing to me, serious to him — is he’s a deft profiler. You might be familiar with this sort of fuzzy technique popularized in various crime dramas, where a detective makes intuitive inferences about a criminal’s personality. In other words, after examining a crime scene, the brainy detective will announce, “We’re looking for white male in his 40s. He has mother issues and probably drives a Prius. He buys his clothes on sale at JC Penney. Favors white shirts and narrow yellow ties. He has a taste for 80s Britrock — some of the lesser-known cuts from The Smiths’ “Meat is Murder” album — and still slices the crust off his grilled cheese sandwiches . . .” 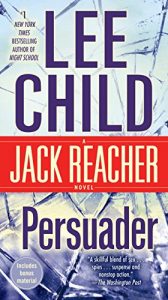 This mode of detective work has roots in Sherlock Holmes. “How did you know that?” Dr. Watson asks. “Elementary,” Holmes explains. The Power of Deductive Reasoning.

Jack Reacher performs this magic act time and again in the novels and, now, in the (pretty fabulous, if I must say) television show. There’s a scene, early on, when he offhandedly does it to Police Chief Oscar Finlay and stops Finlay cold with its uncanny accuracy.

How does Reacher know? It’s elementary!

Unfortunately, what makes good television does not always make for solid investigative practices. The work of profilers has been largely debunked these days, a strategy that’s mired in fallacy and too often morphs into half-dressed guesswork. At best, a profiler like Reacher can examine the nature of the crime — using objective observation — and use inferences to provide a broad indication of a type of individual who might likely have committed the crime. At worst, it can lead the investigation wildly astray. The proverbial wild goose chase. In the annals of FBI investigations, there are a few startling successes — but they are far outnumbered by the total misses.

I spoofed this a few years back in my 2017 middle-grade novel, Better Off Undead. As a contemporary example of “climate fiction,” the novel — set in the not-so-distant-future — touches on pandemics and face masks, a super flu, colony collapse disorder, white nose syndrome, data farming, and more. My idea: stick my characters in a world gone wrong.

LET ME SET THE SCENE: our hero Adrian Lazarus is sitting in a middle school cafeteria with his best friend, Zander Donnelly. Adrian has problems, he’s a misfit, an outcast, and, not coincidentally, a reanimated corpse, i.e., zombie. That’s when, in chapter 21, our detective enters the scene and the novel shifts toward the main mystery . . .

A slight kid walked up, wearing a fedora and a long brown raincoat. He had black hair and light brown skin. The boy placed a hand on the back of an empty chair and asked, “You gents mind?”

“It’s all yours, no one’s sitting there,” I said, expecting him to drag the chair to another table. But to my surprise, he sat down with us.

Zander stopped talking and paused to stare at our uninvited guest. The look on Zander’s face was basically: What the what?

“The name’s Talal” — he pronounced it slowly, tah-LAHL, so we got it right — “but you can call me Tal. That’s easier for most people,” he said in a soothing voice. Talal rested an elbow on the back of the chair. He folded an ankle across a knee. “And you are the zombie guy,” he added, turning to address me.

“Why are you here?” Zander asked. “We’re not bothering anybody.”

“I’m a detective,” Talal replied. “You could say that I’m working on a case.”

“I prefer the term gumshoe,” Talal continued, “except nobody knows what it means anymore. So, sure, I’m a private eye.”

I decided to play along. “How can we help you, gumshoe?”

Zander glanced in my direction. He clearly didn’t trust this new kid at our table. But as far as I could tell, Talal seemed harmless. Besides, I was curious.

Talal lifted the fedora off his head and placed it, ever so gently, on the table. He clawed his hand through his hair, as if scratching the back of an appreciative Labrador retriever.

“What makes you a detective?” Zander asked.

“What do you mean?” Talal asked.

Zander looked annoyed. His voice rose a notch in volume. “I mean, big deal, you say you’re a detective. Anybody could say that. Saying so doesn’t make it true.”

Talal stared long and patiently. He slow-blinked once, twice, with all the urgency of a three-toed sloth. Then he fished in the depths of his trench coat pocket and produced a business card. He ran his thumb across the edge of it and, flicking two fingers, sent it spinning across the table and into my lap.

NO CASE TOO LARGE OR SMALL

Talal turned to Zander. “Believe whatever you like. I’m what the card says I am.”

Zander smiled. “And I’m a horned toad. There, I said it. Does that make it true?”

Talal was amused. “No, big guy, the saying doesn’t make it so. It’s the believing that matters. You don’t really think you’re a toad, do you?”

“It’s the believing in things that counts,” Talal repeated for emphasis, “as long as you’re asking.”

“Like in anything,” Talal replied. “The tooth fairy, dinosaurs, zombies, kindness, whatever floats your boat.” Talal returned the hat to the top of his head and deftly zipped a pointed index finger across the front brim. “I didn’t come here to philosophize. You have my card.”

“Maybe not you, but I think he might,” Talal said, jerking a thumb in my direction. “And I bet he knows it, too.”

“I’m not going to hire a detective,” I protested.

“It’s already been handled,” Talal replied. “Your friend paid for my services.”

“My friend?” I couldn’t think of anybody.

“A tall and angular girl,” he intoned, “the angel looking over your shoulder. Cash in advance. Consider yourself lucky.”

Talal shrugged as if it didn’t matter. “She said trouble’s coming your way, and figured I might be able to steer you clear.”

I struggled to process the information. My unlife was getting weirder by the minute. It felt like Gia had some sort of plan for me, but I had no idea what it was. Still, there was something oddly reassuring about Talal. He was a character, for certain, but I guess I heard Dane’s voice in my ear: Everybody’s different and nobody’s perfect.

Who was I to say that Talal wasn’t good enough to sit at our table? There was plenty of room.

Zander, on the other hand, acted protective. “How are you going to help Adrian? All I see is a kid in a trench coat who talks tough, like you just stepped out of some old black-and-white movie. What do you know?”

Talal leaned back in his chair, calmly tented his fingers together. “What do I know? I’ll tell you what I know . . .”

He spoke the next part in rapid pitter-pat style: “I know you had a rough time this morning. You barely had a minute to wolf down a bowl of Rice Krispies. You missed the bus, but that’s no problem, because Mommy drives you anyway.”

Talal explained. “There’s a trace of shampoo in your right ear, your socks don’t match, and there’s a dried Rice Krispie kernel stuck to your shirt. Judging by the mud splatter on the cuffs of your jeans, I’d bet ten balloons you tried to jump the puddle by the curb at the student drop-off. You didn’t quite make it. Don’t feel too bad, champ — it’s probably because of the extra twenty pounds of books you lug around in your backpack, because you are exactly the kind of kid who carries his books everywhere. I’d bet another ten balloons you make the honor roll every semester. You’re smart and you work hard. That’s a good thing, congratulations.” Talal flicked a finger. “I can also see the pink edge of a late pass poking out of your shirt pocket. What else do I know? You’re a little sloppy, but it doesn’t take a detective to figure that out. More importantly, you are not the kind of guy who spends time in front of a mirror. Either you don’t care how you look, or you care too much. So much that maybe it hurts. Hard for me to say, we’ve only just met, but I know this: Everybody cares, we just hide it in different ways.”

Zander didn’t need to hear any more. He squirmed in uncomfortable silence, like a living butterfly pinned to a wall. Talal turned out to be a pretty sharp detective after all. 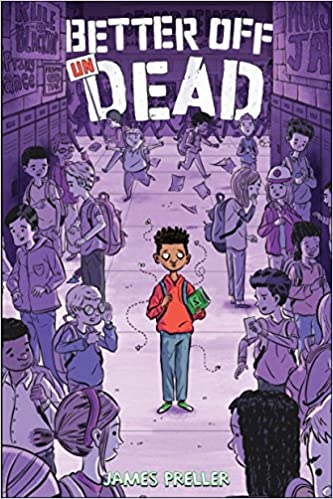