with vivid descriptions of the perilous mountain,

The good folks at Booklist have long been sympathetic to my work. It seems I can always count on them for a fair and thoughtful reading. This review came across my desk yesterday. As you know, I’m very proud of this book, can’t wait to get it out into the world. Here’s the full review . . .

Combine a strenuous hike in an unfamiliar wilderness park, lost kids, a dangerous hermit, a rogue mountain lion, a faithful dog, and a savvy female ranger and you have the gist of Preller’s exciting thriller. Grace, 14, and Carter, 11, have agreed to a day hike up Blood Mountain with their father, though their dog, Sitka, is the only one who seems excited at the prospect. The siblings soon leave their slow, out-of-shape father behind, zipping up to the breathtaking outlook. What they don’t realize is that their father has had a heart attack and collapsed, and a PTSD-plagued Marine, who resides on the mountain, is stalking them. Lost, hungry, and alone, Grace and Carter encounter dangers from the wilderness and the Marine. Sectioned into six parts of a day each, this tale of survival is relayed in short chapters that cycle through the various characters’ perspectives. Preller combines brave characters with vivid descriptions of the perilous mountain, grasping readers’ emotions in the same way as Gary Paulsen’s Hatchet series. 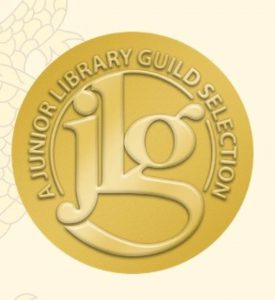 Happy to share that BLOOD MOUNTAIN (Oct 8, 2019) is a Junior Library Guild Selection.

Think “Hatchet” meets “Misery” . . . and there’s a dog! Perfect for fans of wilderness survival and adventure stories. In this fast-paced novel for middle-grade readers, two siblings, Carter (11) and Grace (13), thought the hike with their dad and their dog would be uneventful. But the hike on Blood Mountain soon turns ominous as the siblings become separated from their father. They are lost, braving the elements, fighting to survive. They are also being tracked, but who will reach them first: the young ranger leading the search, or the erratic mountain man living off the grid? When Grace injures herself in a fall, Carter decides to set out alone to seek help, leaving them both more vulnerable. Told in alternating points of view, this survival story will have readers on the edge of their seats.

Institutional reviews should start coming in soon — fingers crossed. This is one of those rare cases when I know, deep in my bones, that this is a book readers will really enjoy. I believe in it with all my heart and I’m proud of it. Early feedback from friends and family has been very enthusiastic (I’ve heard “best one yet” from a number of folks, including my wife). And the recognition from the Junior Library Guild is a very encouraging sign.

I hope this book finds an audience.

Oh, and by the way, still have far too many open slots for school visits. Contact me directly at jamespreller@aol.com.

My thanks for your support! 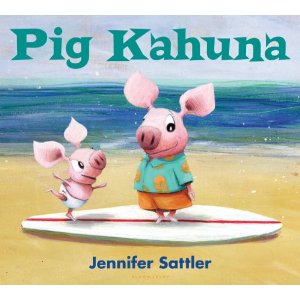 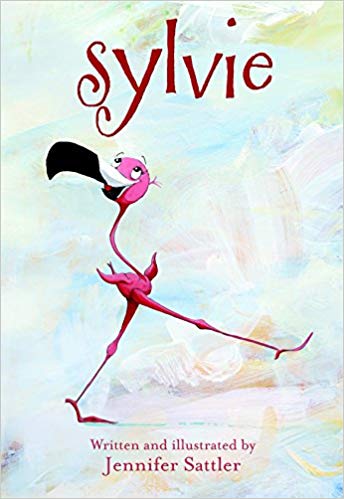 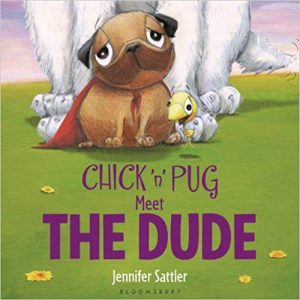 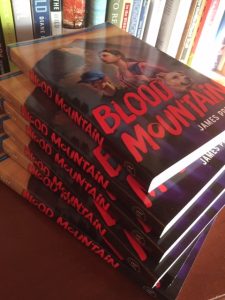 that is filled with intense moments 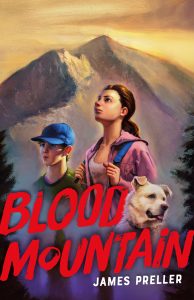 My thanks go out to Sally Kruger, i.e. The Reading Junky, for giving such a thoughtful review to my upcoming book, BLOOD MOUNTAIN. It’s a terrific, well-written blog, so please check it out. Now back to that review I was telling you about . . .
–
Grace, Carter, and their father set out to hike Blood Mountain, but their plans quickly change. Dad just isn’t going as quickly as the kids would like so they take off ahead with the family dog, Sitka. When their father begins feeling chest pains and other scary heart attack related symptoms, the kids are too far away to give him the help he needs.
–
Excited by the sights and sounds, Grace and Carter keep hiking on. Their difficulties begin when Grace slips and slides down a cliff. When she lands, she has an ugly gash on one leg, a possibly broken ankle on the other, and most likely several broken ribs. Leaving the dog to guard Grace, Carter heads back to find their father and get help.
–
What follows is a breathless adventure involving a dangerous mud bog, an escaped mountain lion, and a mountain man intent on keeping his whereabouts unknown. A local ranger becomes involved in the rescue. When she learns two kids are missing on the mountain, she is determined they won’t be lost on her watch.
–
In BLOOD MOUNTAIN author James Preller tells a fast-paced, action-packed story that is filled with intense moments and well-researched outdoor information. From the detailed description of the father’s heart attack symptoms to facts about mountain terrain/wildlife, and knowledge of traumatized veterans, Preller nails it. Readers will be pulled from start to finish hoping for a satisfying conclusion.
–
–
Category: Blood Mountain / Tags: Blood Mountain review, Hatchet meets Misery, James Preller Blood Mountain, middle-grade adventure books 2019, Sally Kruger, The Reading Junky 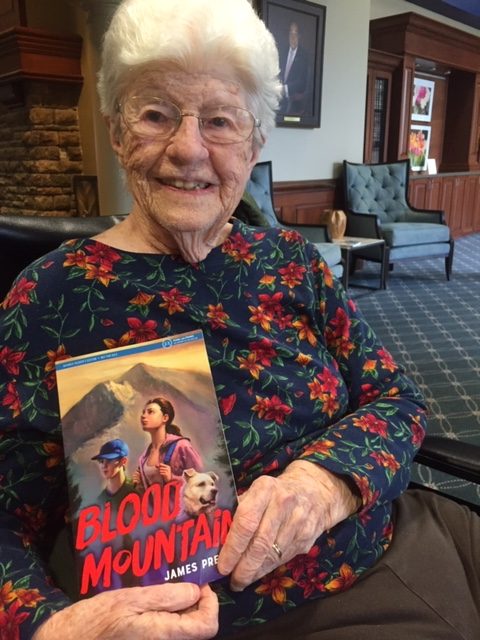