The Craft of Recording Audiobooks: A Conversation with Voice Actor Christopher Gebauer

Exciting news, folks: thanks to Recorded Books, there are now 14 Jigsaw Jones titles available in audiobook format. Cheap! The voice actor, Christopher Gebauer, did a terrific job, full of wit and nuance and a sure sense of character. So I looked him up on ye olde interwebs to send along a complimentary note. We emailed back and forth, and I eventually asked Christopher if he’d be willing to do an interview. He waffled until I told him, “Seriously, you don’t have to wear pants.” That seemed to win him over. 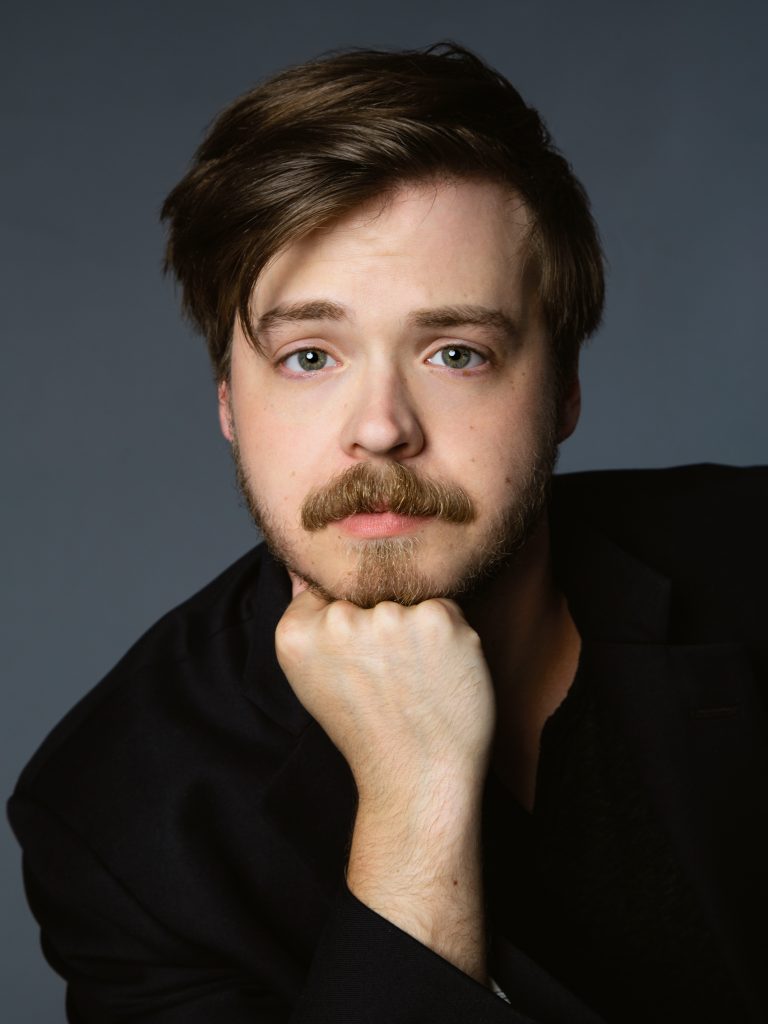 Hey, Christopher. How you holding up? Is it safe to assume you are in sweatpants with a big bowl of Fiddle Faddle nearby? And not the dapper guy I see in this photograph?

Ha! Yes. More than safe. I have grown to love that I can wear pajama pants at all times and have made it my quarantine business attire. Except when I walk the dog or get groceries. That requires real pants. I get “dressed” just for the necessities now.

Okay, so you are in your PJs. That’s a relief. Where are you now?

I currently live in Astoria, a neighborhood in Queens, NYC.

Not far from Flushing and the New York Mets! Pretty sure Mr. Met has a place in Astoria. 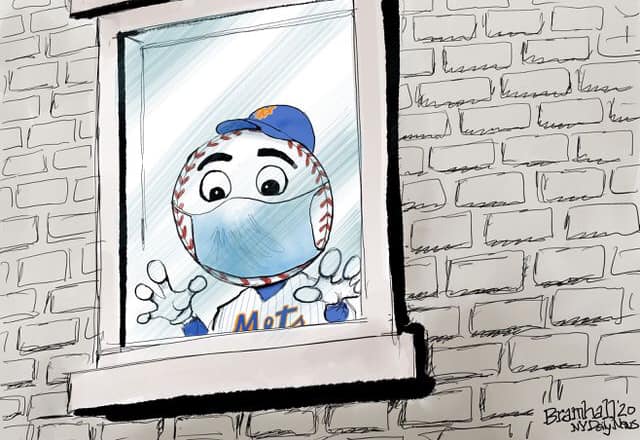 I may have seen him around. Yes, I’m holed up there, but at my girlfriend’s apartment rather than my own. Staying inside and doing the social distancing. Which is odd. As an almost lifelong New Yorker, an empty street slightly terrifies me.

Yeah, it’s got to be strange. My oldest, Nick (26), is in Manhattan, so I’m acutely aware of the experience down there. 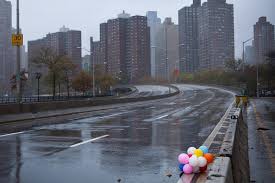 You came to my attention when I saw that 14 Jigsaw Jones titles had been produced by Recorded Books — and you were the voice actor who read them all. That’s a lot of Jigsaw Jones. Did it make you a little crazy? I haven’t even read that many!

Hahaha. No. I never got tired of these stories. I grew up listening to books on audio cassette tapes, and my favorite stories were the ones that had personality. Sometimes that was as simple as a narrator having that intangible weight or gravitas to their voice (we had a collection of ghost stories and Poe poems read by Vincent Price that I adored), but often it meant having fun characters, each with their own voices and rhythms. And Jigsaw’s 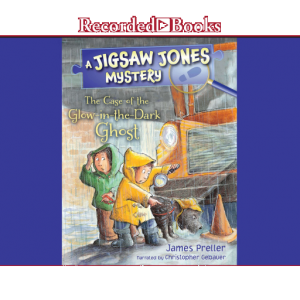 world has that in spades. I may have taken a few liberties with some of the characters, but finding their voices was pretty straightforward coming from what I read. It made the whole process an absolute blast. Plus, I got a nostalgic blast of my Elementary school years spent with Encyclopedia Brown and the Hardy Boys.

Many of us enjoy audiobooks, but the process is something of a mystery. How does it work? You get a call? They send you the books? How do you prepare for the recording sessions? I guess there are about eight related questions I could ask. Maybe you could just talk us through it?

It all depends on the source. Many self-publishing authors post their titles on an audition platform like ACX.com and vet a slew of candidates (and there are some new audition sites coming online from major publishing houses now as well), some producers from different publishers or audio production teams will email me out of 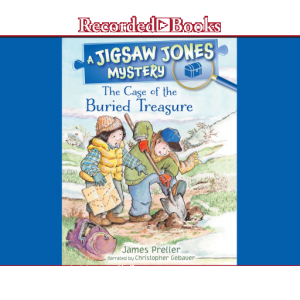 the blue with an audition opportunity, or sometimes producers just ask if I’m available and willing. Direct offers only come from people I have done a great deal of work for but that was kind of how I was approached on Jigsaw: I do a large amount of YA and kids literature for Recorded Books and they felt like I would be a great fit for the gumshoe genre stylings of Jigsaw Jones (hopefully they were right!).

How do you prepare?

After getting a gig, I read through the book(s), taking notes on words or names I need to check pronunciation on, as well as marking when new characters are introduced in the story. If someone sticks around for a while or returns in another book, I want to remember what they sound like so I track who pops up where and how people describe them and how they sound. 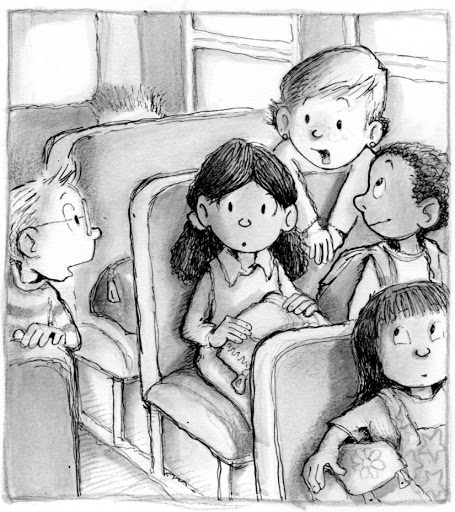 After that is settled, I usually record in a studio somewhere in NYC, but I have lately been recording books from my girlfriend’s audio studio (a soundproofed closet) to great effect.

Seriously, you did a fantastic job. And I’ll admit to approaching these things with a feeling of dread. It’s strange to hear someone else read the voice in my head. I guess in your position, you have to try to divine an author’s intentions, while still owning it for yourself? I guess that’s true for all acting in general.

That’s so kind of you: truly. I am honestly often slightly terrified that an author will DESPISE what I do with their words. Especially with children’s and YA literature, I just remember what I loved at that age and I just hope my choices translate into something people don’t hate. So far my instincts have done me well in that regard, but it is a leap of faith. I would be remiss in not pointing out that so many of your characters had such a clear rhythm in how they were written that it really just came down to would you find my voice annoying. 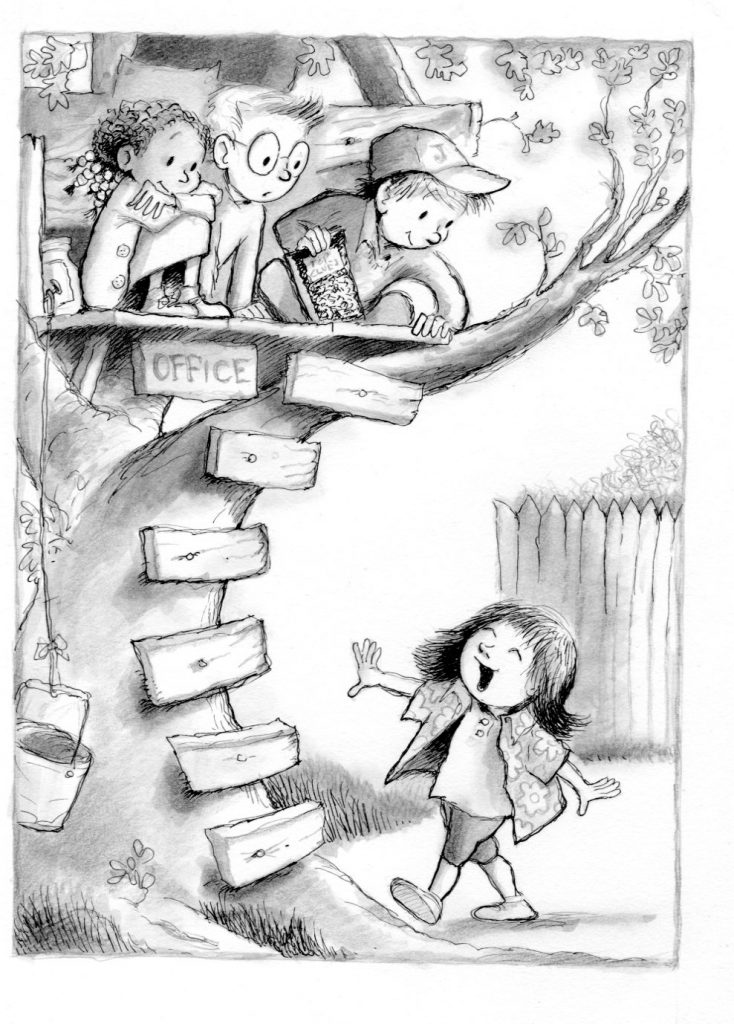 But thankfully I didn’t feel like scrying bones: most of the voices felt like an easy choice.

Scrying bones, oooh, I like that. You must have voiced more than a dozen characters, easily. Two dozen? How do you keep it all straight?

I just try to keep track! Once I realized so many characters would keep showing up throughout the series I noted every time a character would speak in each book. I then recorded samples of each voice on my phone so if I needed to remember what they sounded like I could reference those soundbites quickly.

Readers are fussy about how books are read on tape. It’s a huge responsibility. I’ve tried to listen to some and nearly drove off the road. If it’s too fast, I’m done. Are there common mistakes you try to avoid? Give us a pro tip or two!

Pro tip? Ho boy. Pace is everything: while you do need to say everything clearly, you can’t go too slow or too fast. For me that came from being comfortable with public speaking. As a kid I went to an episcopal church and often did readings. To make sure I didn’t read too quickly, I would rest for a beat of silence at every comma, and three at every period (meaning I would count to that number in my head). Between that and memorizing and reciting poems and plays I built a bit of a public speaking/narrator cadence. And that age-old adage is key: practice makes perfect. if you are interested in narrating, find ways to read aloud (even if it is to yourself). Everyone can record themselves with a phone now, so read a chapter or two aloud, listen back and see what you think. Copy your favorite narrators: think about what kind of cadence and flow they have and try it out. None of this was probably useful but it’s what I did!

What’s next for you? More voice work? Film, television, stage? How does a young actor survive during these times? You can’t even wait tables! 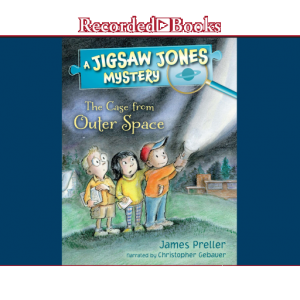 You are very right! I was unfortunately laid off a from a restaurant the week before this Covid crazy hit (didn’t extend the 15 year lease and they told us 24 hours before closing down) so these are odd times indeed. Thankfully I can record from home and have been able to audition for a bunch of Voice Over and audiobook
work. In terms of film I have a tiny part that will probably get cut from an upcoming and still unannounced film and otherwise I’ll be finding work wherever it comes. I have been doing live drinking game play readings with a company called Drunk Texts which we have been doing with The PIT improv here in NYC. So yeah…staying afloat and sane while the world is in limbo.

Drunk Texts! Yikes! Now we’re hitting too close to home. Thanks for taking the time to answer my questions. Mostly, I want to thank you again for doing such an incredible job reading my books. You are clearly a talented actor. I’ll be off on the sidelines, quietly rooting for you. I wish you good health and a great career.

Truly, thank you. Your books were an absolute joy to read and it is so kind of you to ask me to do this. I’m lucky I get to perform at all and working on something good makes a world of difference. Thank you for Jigsaw and good luck and health to you and yours sir! Stay Sane!

Too late, my friend! 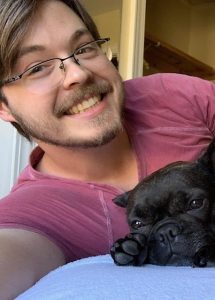 Born and raised in Manhattan, Christopher Gebauer was fascinated with acting from a young age. Whether it was a performance in one of his favorite movies, the nuance of a narrator for an audiobook, a character’s voice in a video game or animated show, Chris wanted to be a part of that world. Chris graduated from NYU’s Tisch School of the Arts in 2012, where he studied at the Stella Adler Studio of Acting and the Stonestreet Studios for Film, TV, and Voice-Over. Since graduating, Chris has been working in stage and film, including a couple of Off-Broadway shows, and has recently found a tremendous amount of joy narrating audiobooks.