On Dogs, Grief, and Kindness: A Conversation with Author Audrey Verick

I’ll admit it: Audrey Vernick is one of my favorite people on the planet. I’m crazy about her. She’s very funny, a terrific writer, and she loves baseball. Though Audrey might not readily admit it, she is, in fact, infinitely kind. What more could anyone ask for? Audrey has a new middle-grade novel coming out early this May, After the Worst Thing Happens, so I invited her over to visit with my Nation of Readers to talk about dogs and grief and life’s other inspirations. But first, let’s take a minute and gaze at this book cover, illustrated by Helen Crawford-White. 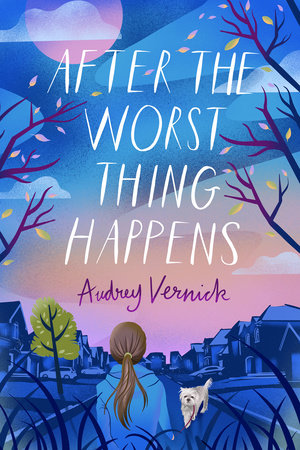 Audrey, you are well-known for your collaborative efforts, including picture books that were co-authored with Liz Garton Scanlon as well as two works of middle-grade fiction with Olugbemisola Rhuday-Perkovich. What happened this time around? Were you not able to get somebody else to do half the work?

They got wise to my scam. 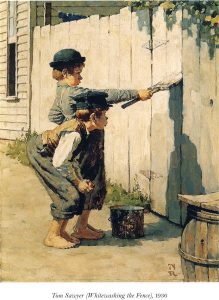 Figures. You Tom Sawyer’d them! “Boy, am I ever having fun white-washing this fence writing this book!”

Actually, some books declare themselves as a joint project and this book, which I started writing seven years ago, before I’d ever collaborated on a novel, did no such thing. But it is a brilliant concept, finding someone to write HALF A BOOK with you! I highly recommend it.

I sometimes hear writers claim that “the book wrote itself.” I need one of those! With my books, I do all the work. It’s exhausting.

You credit Liz in the dedication for her support? How did that work, exactly?

I had written and abandoned an awful start to this book. I dreaded getting back to work on it, and sent it to her, hoping she’d say, yeah, stick that one in a drawer for a long time and by that I obviously mean forever. But she was really moved by how raw and tender Army was and she friendly-insisted that I keep going. She’s very wise, so I generally listen to her.

Army is a twelve-year-old girl whose parents are in the disaster business. They do repairs to homes and businesses after floods, fires, and storms. I laughed at the name of their business: Never Happened. You’re funny. But that’s not just a quick joke. It becomes a metaphor for one way of dealing with disasters of the heart. 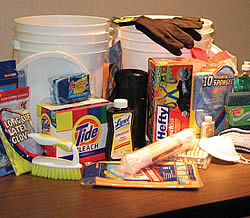 Yeah. I’m sure an insightful person would have a lot to say about how emotionally vacant many of the parents in my books are, but yes, Army’s mother, in particular, is a big believer in out of sight, out of mind. Never happened. No sense in dwelling. It’s a less than perfect ideology for Army as she struggles with genuine grief for the first time in her life.

So you went ahead and did it: the dog dies.

I admire how you handled it. The death wasn’t used to emotionally manipulate the reader –- it occurs off the page, to soften the blow –- and yet Army’s grief is real. As a long-time dog owner, I know that death and loss is built into the experience. Children love their pets.

Dog death, or pet death, is often the first true, deeply felt tragedy in a child’s life. Also, I want to be clear that anyone who picks up this book knows from reading the flap copy that the dog dies. It happens near the beginning.

What I couldn’t have known when I wrote an early draft of this book is that the very day I heard this book would be published I was in the midst of a beloved dog, Hootie, dying. She had just turned seven. So the doggie-grief parts? Truly and deeply felt. 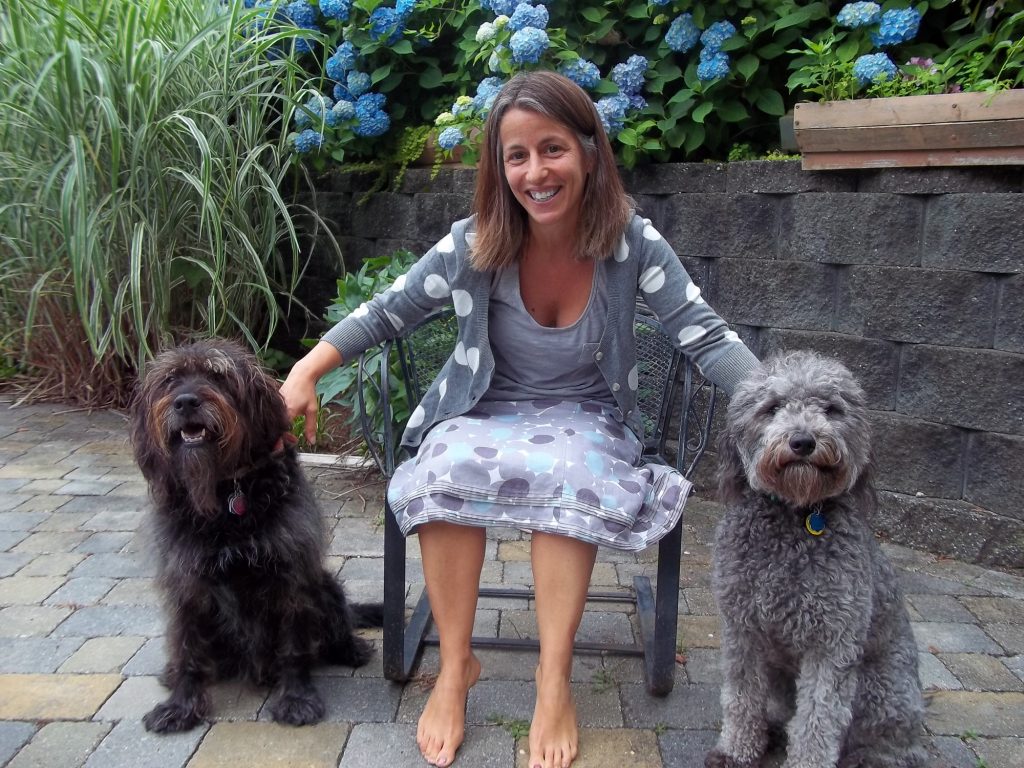 Yet this is a book about what happens after the worst thing happens. Most significantly, Army, the 12-year-old main character, encounters a new neighbor, Madison. Tell us about her. What drew you to that subject matter?

This book came together so oddly. I was hit by three images, all of which hit me, inexplicably, on the same tiny stretch of sidewalk up the block from my
home over a period of years. First—I passed a ServPro van, which has the tagline painted across the back, “Like it never even happened.” I was drawn to that idea, of erasing disaster (especially in the wake of Hurricane Sandy, which hit my community hard). 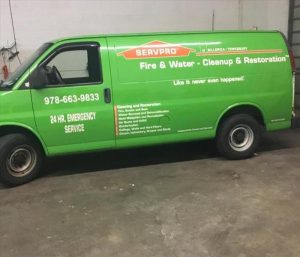 There’s a scene early in the book in which Army sees a young child she doesn’t know walking alone down the middle of the street, barefoot. This happened to me.

And years later, in that same spot on the sidewalk, that child’s mother told me that her young daughter often wandered and was once spotted on the roof of her house. All of those combined to become this book. Oh, and the way the dog dies -— that almost happened to our dog, Rookie (who thankfully lived a very long life).

It’s challenging to write a book about a grieving character. Most folks don’t want to read sad books that depress us. We can just watch Fox News instead. Yet in After the Worst Thing That Happens, there’s so much humor and kindness and quirkiness, and that’s what shines through for me: Army’s journey and growth. Booklist recently came out with a very positive review. I thought they nailed it with this line: “Vernick’s story covers so much, but it manages to weave the different elements into a cohesive whole, with Army at the bright center of it all. The subjects are heavy, but Army’s young voice infuses them with humor and warmth.”

Army really surprised me. There are a lot of adjectives people could use to describe ME and kind isn’t likely one of the first for most people.

Wow, Jimmy. Thanks! At a recent school visit, I listened as the first group—kindergartners and first-graders—settled into the media center. One boy looked me over and then leaned over to the kid sitting next to him and said, “The author’s not very big.”

Ha! Not that there’s anything wrong with that. On a completely unrelated note, let’s interrupt this interview to pay tribute to NBA legend Mugsy Bogues. 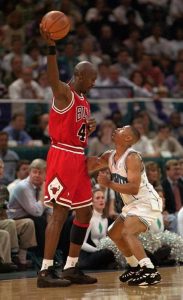 Army’s drive to do this kindness for neighbors who need help really surprised me. In fact, I worried that her desire to be so proactively helpful to relative strangers would come off as unbelievable, because at the start I wasn’t clear what exactly would drive that when she was mired in grief.

I believed it for a couple of reasons. First, kids are like that. It’s one of the great things about our jobs, we get to see these young people in action and many of them are downright amazing. In a world that sometimes feels hopeless, they remain our best hope. Army, who has been brought so low –- her heart just aches and swells –- almost feels a physical need to put something positive into the world. To give, and love, and care. She’s really a terrific kid, I liked her very much. And I believed in her. Well done! 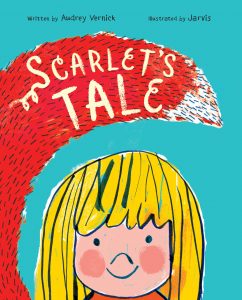 Audrey Vernick lives in New Jersey, near the ocean, with her family and one black dog. Her new book will hit the shelves on May 5th, 2020, published by Holiday House. Presales available now where fine books are sold. Also look for Scarlet’s Tale, a picture book illustrated by Jarvis — that’s it, just Jarvis — coming in July.