Celebrating 4 Years of Bloggy Goodness: An Appreciation of Bernard Waber

I originally posted this in October, 2008. It’s nice to come across old writing and think, okay, not terrible. I still agree with myself. 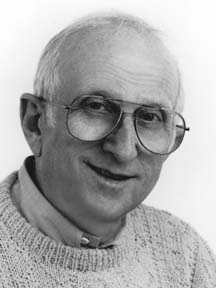 So, yes, there’s bias here, an affection that goes beyond books. When I spoke with Bernard Waber more than 15 years ago — and I’m happy to report he is still going strong at age 84 [edit: 87 now!] — his intelligence shined through. He spoke about his craft with clarity and immodesty, as clear and refreshing as cool water. An innate goodness courses through his books. And his stories, no matter how humorous — how sly, dry, and understated — often contain real sensitivity. He writes from the heart.

Ira Sleeps Over finds Waber at his best, capturing the inner angst of a childhood dilemma: the first sleepover. Ira is invited to sleep at his friend Reggie’s house — but he has never slept without Tah Tah, his Teddy Bear. Can Ira risk the embarrassment? With staccato dialogue, Waber deftly explores Ira’s confusing, conflcting emotions. In addition, the dynamic with the older sister rings so true. Because somehow Waberknows. He remembers.

He is one of the all-time greats.